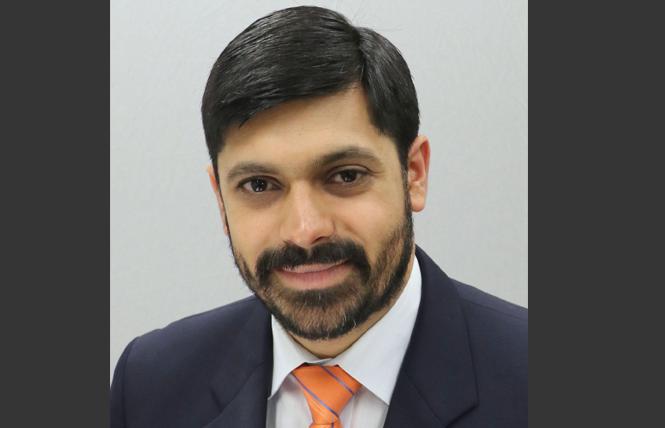 Santa Clara County has joined Lambda Legal Defense and Education Fund and other civil rights groups in filing a lawsuit against the U.S. Department of Health and Human Services' newly unveiled protections for religious and conscience-based objections to providing care.

The plaintiffs allege that the new rule is unconstitutional and too broad, and will likely lead to widespread public health risk as people are denied health care, or fail to seek it for fear of discrimination from health care providers.

The lawsuit was filed Tuesday, May 28, in the U.S. District Court for the Northern District of California in response to the 440-page policy, which was published May 21, and includes protections for objections to providing care for everyone from doctors and administrators to EMTs, janitors, and hospital receptionists. Previous protections enacted in 2008 allowed for religious objections to providing care, but the plaintiffs in this case said this new ruling upsets the balance of those rules, distorting religious freedom into a weapon.

The suit alleges that this new policy dramatically expands the current protections for religious or moral refusal of care, increasing the number and type of instances in which health care organizations, providers, insurers, and others could refuse to provide or pay for services that they say violate their individual moral and religious beliefs.

President Donald Trump announced the rule during a speech on the National Day of Prayer May 2, before an assembly of American faith leaders. Proponents of the policy claim that the current protections for faith-based refusal of care are insufficient and lack clear enforcement in cases of violation.

The plaintiffs in this lawsuit also include the Center for Reproductive Rights, Americans United for the Separation of Church and State, Trust Women, Bradbury-Sullivan LGBT Community Center (PA), and Whitman-Walker Health. These organizations represent a diverse group of health care providers and concerns, with a focus on LGBTQ and women's health care rights. All plaintiffs in the case agree that, while transgender Americans are most vulnerable to policies like these, the rights of all residents and public health will be impacted by the outcome of this ruling.

The Bay Area Reporter covered the local response to the initial announcement when San Francisco City Attorney Dennis Herrera announced he had filed suit against the Trump administration, seeking to invalidate the rule.

James R. Williams, county counsel for Santa Clara County, opened up in a Tuesday conference call about his specific concerns for health care systems in the South Bay.

"The County of Santa Clara has a population larger than 14 states, offering critical health care and functioning as a public health safety net. Our current policies protect belief while centering patients, requiring advance notice for refusal of care. At all times, patient care comes first. In an emergency, a provider cannot refuse care until they can be relieved. That this ruling offers no emergency provision is alarming. Many of the services our county provides operate on an emergency basis.

"We cannot wait," he added. "This rule offers unprecedented breadth, dramatically expanding what a person could object to doing. Someone could refuse to tell a patient what treatments are available or where, or refuse to connect patients to the care that they need. This rule privileges certain religious views over all medical and public health requirements. The county is involved in this lawsuit because this is a public health risk. Accommodating it poses insurmountable staffing challenges."

When asked how the county will adapt its actions to this ruling as the lawsuit moves forward, Williams admitted they would have to wait and see.

"We will continue with our current policies, following the course of litigation," he said. "We have a unionized workforce, and it is not easy to make last minute staffing adjustments. We want to appropriately handle necessary accommodations, but this [rule] could make that impossible."

Richard B. Katskee, legal director at Americans United for Separation of Church and State, noted that the breadth of provisions in this policy could allow for baseline refusal of service, including receptionists and appointment schedulers denying the first level of access.

"This could create a cascade of logistical issues by allowing people at the most basic levels of scheduling and intake to refuse care, making care impossible to access," he said.

The case is County of Santa Clara v. U.S. Department of Health and Human Services.

A similar lawsuit was filed in response to the publication of the policy by New York Attorney General Letitia James on behalf of the state of New York and 22 other states and municipalities in the U.S. District Court in the Southern District of New York.