Transmissions: As in a mirror 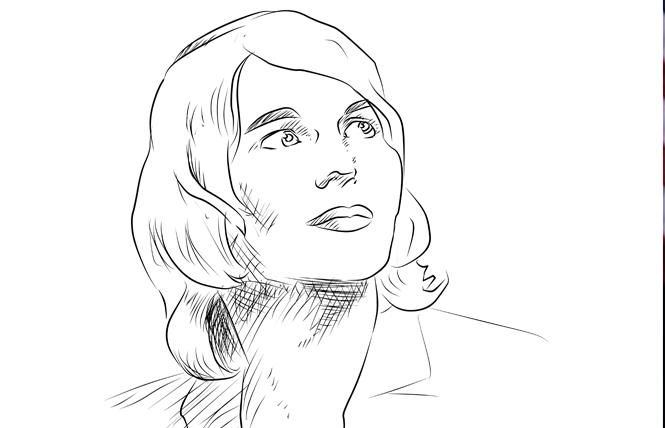 So often when people who are not transgender speak of transgender people, there is one important thing they get terribly wrong, and I think it's a core part of understanding exactly what it is to be transgender.

As an example, I want to talk a bit about Chelsea Manning. I'm not bringing her up to discuss whether what she did was right or wrong, or if she is a patriot or a traitor. That can be a discussion for another time. She will, however, illustrate my point.

Manning is back in jail, held in contempt of court for not testifying in a case against Julian Assange and WikiLeaks. Manning had originally been jailed after being convicted in a court-martial of providing nearly 750,000 documents to WikiLeaks, but had her sentence commuted by President Barack Obama shortly before he left office.

Oh, and Manning is a transgender woman, who committed her initial crime while still legally under a different name and presenting in a different gender.

I mention this not to be factual about Manning's gender identity — remember that's for later — but because this becomes important when one looks at the way stories about Manning's current incarceration hit the media.

It should be no surprise that the right-wing media has had a field day referring to Manning under her birth name and pronouns.

While they do have hatred toward her, they also have a general dislike of transgender people and seek to reinforce the gender binary. Calling Manning by male pronouns and her birth name is par for the course: they would do the same about, oh, Caitlyn Jenner. Or for that matter, about me.

For this group, the concept is simple: you are born a man or a woman, and that is who you are for the rest of your life. Ergo, to them, it is their duty to refer to you by the name and gender presented to you while you were still too small to even keep your eyes open.

You'll also find similar misgendering of Manning in circles of people who are otherwise supportive of transgender people, but do not approve of Manning's actions. These may be people who consider themselves allies of transgender people, but their tolerance has a limit. By calling Manning by her birth name, they are declaring that their acceptance is conditional, and Manning's actions violated that standing.

These are the same people who might make transphobic jokes about Ann Coulter, or enjoy a laugh about caricatures of President Donald Trump in a dress, embracing Vladimir Putin. They may argue that they're not attacking the "good" transgender people, but that their support requires a sort of quid pro quo.

I have bad news for this second group: you have proved yourself not to be the ally you think you are. You have shown that your support goes only as far as your comfort. You are truly not that different from the first group, wielding the same sort of willful cruelty while assuming you can cloak yourself in a guise of a supporter of transgender people.

I think there's a third group to consider: these are the people who would otherwise be supportive of Manning, but when speaking of her life, might nevertheless revert to the pronouns she had at birth when describing her pre-transition self.

This, unlike the first two groups, is not born out of any sort of animus, but out of a misguided belief that they're being factual about Manning. After all, they might argue, at the time, Manning was using a different name and a different set of pronouns than she is today, so it would be right — even respectful — to use them to refer to who Manning was then.

While this third group doesn't display the same sort of willful cruelty, they're still revealing a lack of understanding about what it means to be transgender. They may even be approaching this from a very subconscious level, not even realizing why they might think this would be correct.

Seen through this lens, it would make sense to think of Manning — or any other transgender person — by their birth name and pronouns when referring to their pre-transition life. That, they might argue, would be a person's core identity before they transitioned to some other core identity.

Put in allegorical terms, the non-transgender person pictures transition as a Jekyll and Hyde transmogrification, where a person triggers a monumental change in themselves, but that core identity, under the surface, remains.

For us who are transgender, we did not so much transition from a core identity into another, as a non-transgender person might envision. No, we have always been ourselves, and transitioned away from a body that doesn't match our core identity, and away from social expectations based on that body.

For a transgender person, we are not Dr. Jekyll, but more akin to the ugly duckling of Hans Christian Andersen. We have revealed our truth, the core being we always have been.

Gwen Smith was going to reference the Matrix, but that's too on point. You'll find her at www.gwensmith.com.