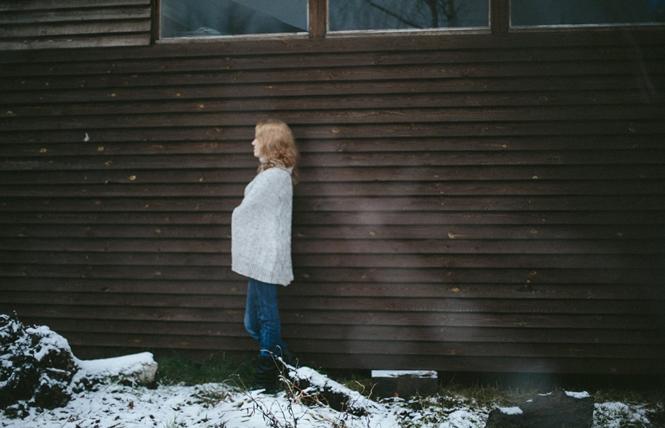 In a groundbreaking victory for transgender rights in Russia, a St. Petersburg district court ruled in favor of a transgender woman's discrimination case against her employer for terminating her in 2017.

On April 9, the court issued a ruling that Yanoshka printing press illegally fired Anastasia Vasilyeva after she transitioned on the job.

The judgment included restoring Vasilyeva to her position at the printer and awarding her $154 (10,000 rubles) in moral damages and $28,500 (1.85 million rubles) in lost wages, reported Vykhod, a St. Petersburg LGBT group, following the decision.

Vasilyeva's lawyer, Maksim Olenichev, who represented her on behalf of Coming Out, an LGBT organization based in St. Petersburg, called the win "important."

"This court decision will, in my opinion, give strength and confidence to transgender people defending their rights in Russia," Olenichev told the Moscow Times.

In an April 13 statement from Coming Out, Olenichev also pointed out the importance of the decision for Russian women's rights.

"It's about women's rights and about the situation of transgender people in Russia," said Olenichev.

"This is the first case in Russia that we know of in which a transgender person defended her rights with regard to discrimination in employment, and we hope that this victory will be empowering for many other transgender people to follow in her steps," Olenichev continued.

Russian transgender rights group Pravo Trans found that 30 percent of transgender individuals who searched for employment were denied due to being transgender, in a study conducted by the Transgender Legal Defense Project in June 2016 to December 2017. Another 56 percent hid their gender status from their employers.

The transgender organizations surveyed 798 self-identified transgender Russians online and interviewed 63 participants from 23 regions in the country by phone, email, online, and in-person during the study period.

Vasilyeva worked for more than 10 years at the printer. She had an excellent work record and several commendations before transitioning, according to the statement.

Following her transition, her employer cited a Soviet-era list of 456 jobs women weren't able to perform to protect their reproductive health for the country, as reasons for her termination. President Vladimir Putin revised the list in 2000.

Lower courts agreed with the printer, deciding against Vasilyeva in previous decisions during the two-year legal process. However, the Presidium of the City Court sent the case back to the lower court for a new consideration.

Vasilyeva's legal team came back citing the United Nations Committee on the Elimination of All Forms of Discrimination against Women, stating that the list undermines "women's social status and their educational and career prospects" with "persistent stereotypes" concerning gender roles and perpetuating traditional roles for women.

"On the one side, it highlights the absurdity of the situation when the state dictates to women, based on their gender and regardless of their own choice, where they can and cannot work, perpetuating the harmful gender stereotypes," the organization said in its statement. "And on the other, underlines the vulnerable situation transgender people find themselves in in Russia, when a transgender person can be fired for no other reason than their gender marker change."

Vasilyeva's employer could appeal the ruling. The case would then go from the district level to the high court.

At press time, the company didn't indicate it planned to appeal.

Japan begins to hear marriage equality cases
Proceedings began April 15 for six of the 13 same-sex couples suing the Japanese government in an unprecedented joint lawsuit against the East Asian country in Tokyo and Sapporo district courts.

Thirteen same-sex couples filed their cases in separate jurisdictions — Tokyo, Nagoya, Osaka, and Sapporo — against the Japanese government on Valentine's Day, and claim the current law is unconstitutional.

Homosexuality is legal in Japan, but the country lacks anti-discrimination protections and other pro-LGBT laws.

Currently, Japan's Article 24 in its constitution only legally recognizes marriages between a man and a woman.

One of the plaintiffs, Haru Ono, a 40-something woman who has lived with her partner, Asami Nishikawa, for 14 years, expressed her concerns to the court about her partner being denied making medical decisions on her behalf when she was diagnosed with breast cancer. Furthermore, Ono told the court she was worried about the couple's three children from previous marriages they were raising together. She explained that Nishikawa wasn't able to admit her children to the hospital for care, receive custody of the children in the case of her death, or receive inheritance.

The five female and eight male couples are each seeking $9,000 in damages, with an additional 5% of damages sought for each year until the damages are paid. Additionally, they are seeking payment for their legal fees.

The Japanese government believes the court should dismiss the lawsuit despite being the only country out of the G-7 not to legally recognize same-sex marriage, which was noted by Takeharu Kato, one of the plaintiffs' attorneys.

Plaintiffs' attorney Shigenori Nakagawa suggested that the case could take five years or more for a decision to be made, reported the Japan Times.

The next court session wasn't decided due to court congestion.

Since Martirosyan's statements on the assembly floor calling for transgender rights went viral, she has received death threats and there have been ongoing protests.

"I stand for the tortured, raped, killed, banished, discriminated transgender people of Armenia," she told the members of the assembly, which was recorded on video. "I call upon you to carry out reforms and policies to achieve gender equality, and to ensure human rights for everyone."

The country, in which most residents belong to the Armenian Apostolic Church, signed a Comprehensive and Enhanced Partnership Agreement with the European Union in 2017.

Martirosyan legally changed her name on her passport in 2015 under the previous government, reported Eurasia Net.

She was promptly escorted out of the assembly as members called her "disrespectful" and accused her of "violating" the members' agenda.

"We cannot violate the agenda: this is not an issue of discrimination. If the question was addressed to you, we would invite you, and you would speak," said Member of Parliament Naira Zohrabyan, reported Pink News.

Zohrabyan is the chair of Standing Committee on Protection of Human Rights and Public Affairs, according to her Facebook page.

Representatives of the EU and the United Nations have stood up for Martirosyan.

"Hate speech, including death threats directed at Ms. Lilit Martirosyan, her colleagues, and the LGBTI community as a whole represent the latest in this worrying trend and amount to discrimination prohibited under the European Convention on Human Rights and Fundamental Freedoms to which Armenia is party and which is reflected in the Constitution of Armenia," an unidentified representative said in the April 9 statement from the EU delegation to Armenia.

Anna Naghdalian, spokeswoman for the Armenian foreign ministry, called the intervention of foreign government bodies "disrespectful" and said that they should "demonstrate more respect and sensitivity toward the Armenian society," in an April 10 statement.

The day before, the protesters held signs reading "homosexuality is a disease" and "go back to hell sodomites" outside the hotel as they attempted to block the 350 attendees from 40 countries from entering for the three-day conference, reported Reuters.

A few of the demonstrators attempted to break through the police blockade and threw tear gas at the attendees, Olena Shevchenko, the head of local LGBT+ group Insight, told the media outlet.

Homosexuality was decriminalized in Ukraine in 1991. However, homophobia is still widespread, despite legal changes supporting LGBT rights within the past five years.