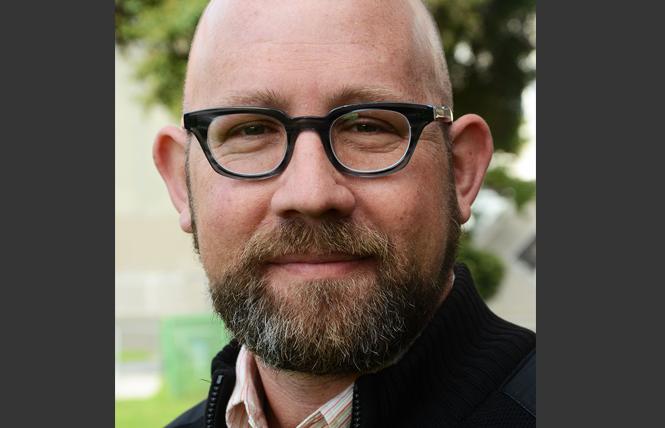 Gay District 8 Supervisor Rafael Mandelman shares the concerns of those who are questioning the credentials of gay rent board member Reese Aaron Isbell.

In an interview with the Bay Area Reporter Tuesday, Mandelman said he would vote to unseat him next week.

"I don't think he should be on the rent board," said Mandelman, the lone out person on the Board of Supervisors. "I have a lot of personal affections for Reese, but the tenant representatives on the rent board for 40 years have been accomplished, experienced, and knowledgeable tenant advocates and primarily lawyers."

The supervisors rules committee Monday recommended that Isbell be unseated from the rent board. The supervisors will take up the matter at their April 23 meeting and can reject Isbell with a super-majority vote of eight supervisors.

"I was concerned when he was appointed that he didn't have the history of tenant activism or legal knowledge I would expect of a rent board commissioner," said Mandelman. "That concern was amplified and confirmed as I watched the hearing yesterday."

Mandelman also questioned how the mayor's office handled the appointment, faulting the administration for not consulting with tenants rights groups about it as previous mayors have done.

Despite Mandelman's decision, it is likely Isbell will receive the four votes he needs to remain on the rent board. Mayor London Breed is standing by him.

In a statement to the B.A.R. following the rules committee vote, she called Isbell "an incredible advocate for tenant protections and rights," adding that "just as importantly he's been a strong and steadfast fighter and advocate for the LGBT community."

Isbell knows from "firsthand experience," noted Breed, that "LGBT people, particularly those living with HIV and our trans communities, experience higher rates of homelessness and housing insecurity ... Reese is the right person to represent all renters on the rent board because as a tenant himself, he knows firsthand what it means to live with housing insecurity."

The brouhaha began when Breed swore in Isbell, a Democratic Party activist and former state legislative aide, onto the oversight body March 29. The rent board oversees how much property owners can annually raise rents on rent-controlled units and resolves tenant complaints against their landlords.

Isbell's first meeting was Tuesday, April 9, replacing longtime rent board commissioner Polly Marshall. She had blasted how the mayor's office handled her desire to be nominated for another term in an interview with the B.A.R. 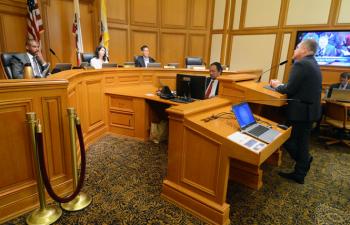 She found out that Isbell had been named to the seat by reading about it in a B.A.R. story posted online the day of his swearing in. The news prompted tenants rights activists supportive of Marshall to question Isbell's qualifications to serve on the quasi-judicial panel.

Mar said he believes the rent board appointment "requires much deeper knowledge and expertise on tenant issues" as for why he decided to oppose Isbell for the seat.
District 10 Supervisor Shamann Walton voted against recommending Isbell be unseated. He said he was confident that Isbell was up to the task.