Editorial: Isbell should continue on rent board 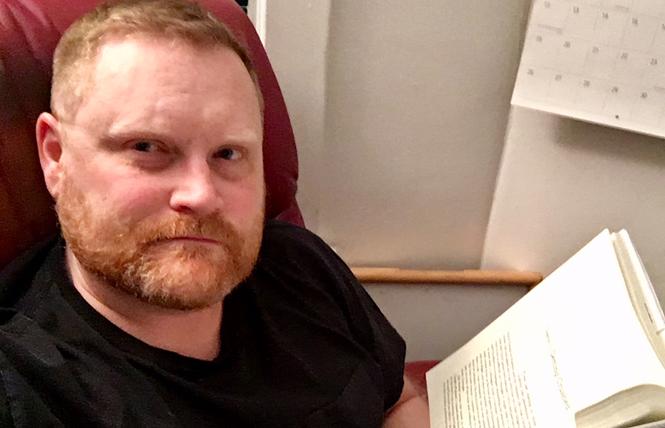 We support Mayor London Breed's appointment of Reese Aaron Isbell to the San Francisco Rent Stabilization Board. Some tenant groups — and the tenant representative who Isbell replaced on the panel — are upset and oppose Breed's decision and the way it was handled. Polly Marshall, a tenants rights lawyer who was not reappointed, had served on the commission for more than 30 years. Perhaps Isbell, a gay man, will bring a fresh perspective to the job.

Isbell, who was named to a tenant seat on the panel, says he is able to live in San Francisco because he has a rent-controlled apartment. He writes about his experience in this issue's Guest Opinion.

Tenants groups oppose Isbell because he is not a tenant attorney, they were not consulted during the selection process as they had been in the past, and they argue it'd be more appropriate he be named to an alternate seat on the panel to gain experience. But those objections are beyond Isbell's control or responsibility; and apart from that his personal and professional experience qualifies him for the position. He knows the challenges of a longtime tenant who struggles to pay the rent in San Francisco. He has a master's in public policy from Rutgers University, as a staff member he did policy work for years for gay former state lawmaker Mark Leno, and ran one of the most powerful LGBT Democratic clubs in the country.

The city charter gives the mayor power to make appointments to city commissions. We may not always agree with the mayor's actions, like last year when we criticized then-mayor Mark Farrell for booting lesbian Leslie Katz from the port commission. In this case, Isbell makes an excellent addition to the panel, which oversees how much property owners can annually raise rents on rent-controlled units and resolves tenant complaints against landlords.

Next week, Supervisor Hillary Ronen, chair of the rules committee, is expected to hold a hearing on Isbell's appointment and forward a recommendation to the full Board of Supervisors for a vote. The supervisors can't make Breed reappoint Marshall, but they can, with eight votes, remove Isbell. The supervisors should refrain from using Isbell to oppose the mayor. Isbell should be allowed to finish his term.

Support for Navigation Center
The debate over Navigation Centers in the city continues to be a flashpoint for all the wrong reasons. Hardly anyone is opposed to the concept of the centers, where homeless people can stay with their partners, pets, and possessions while receiving services. The issue is always where to put them. The city currently has five centers up and running and the mayor has proposed one along the Embarcadero. Of course, some nearby residents are opposed — and even started a crowdfunding campaign to hire a well-known land use attorney. Some shouted down the mayor at a meeting last week when she unexpectedly showed up to talk about the plan. That was disrespectful and counterproductive, though given the polarized times we live in, not surprising. Any attempt to open a Navigation Center runs a risk of opposition by wary residents. However, this approach to get people temporarily housed actually works. In 2011, neighbors fought against locating a program in Cow Hollow for youth — including LGBTQs — at risk of becoming homeless. Now, the program overseen by the Community Housing Partnership and Larkin Street Youth Services is running smoothly and provides long-term supportive housing.

It's not good enough to merely object to a Navigation Center without suggesting what else can be done. Absent any good reason, except not wanting the homeless there, the Embarcadero proposal seems sound. The land is available and the people who would likely use the center are already there. These centers have to be located somewhere. Breed and her predecessors have tried a variety of locations. There's one under the freeway, at Division and South Van Ness, which makes sense because that's where tent encampments were. There are others in Dogpatch, the Mission, and near Civic Center. It's all part of the city's effort to provide help where the need exists. Ideally, there should be a Navigation Center in every supervisorial district. It certainly is not efficient to locate all centers in the Tenderloin. There, many people seen on the streets during the day actually have places to sleep at night, usually a single-room-occupancy hotel unit.

We give Breed credit for showing up at the meeting and attempting to explain her plan to residents. She should move ahead with it. The city's homeless population is very complex, and officials have been trying new ideas and programs for years. Some work, some don't. Finally, when we have a concept like Navigation Centers that have proved to be successful, it should be expanded. Every resident should be working toward a constructive solution to address homelessness. After last week's contentious meeting, Cecilia Chung, a trans woman who sits on the San Francisco Health Commission, posted on Facebook: "Wish shelters in every district and people who are homeless can either call 311 or use an app to located where available beds are."

That's an idea that should be explored. But to be successful, there need to be more beds available. That's what the mayor is trying to accomplish.