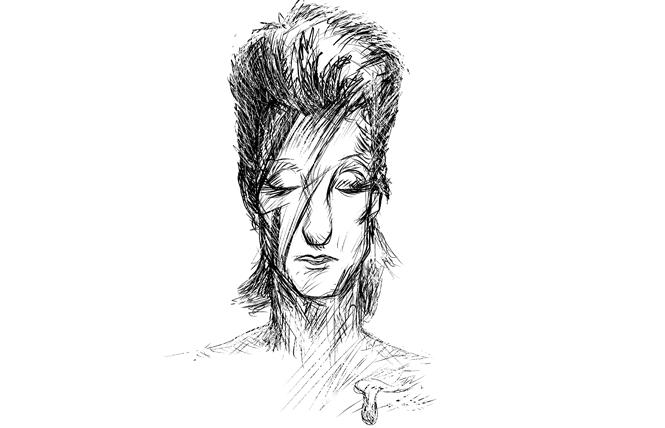 I grew up in a southern California suburb in the 1970s, a short distance from the smog-filled skies of Los Angeles. It was a time of Fleetwood Mac's "Rumors" album, a veneer of patriotism brought forth thanks to the bicentennial celebrating the United States' Declaration of Independence, and the era of mood rings and bell-bottoms.

I cannot tell you for sure when in those days of avocado green and harvest gold that I first heard of the existence of transgender people.

I remember, for example, hearing about one woman's newly out trans daughter over the static of the AM radio in my parents' Dodge Dart, but I also recall hearing about Renée Richards — then making waves in tennis circles as a transgender woman — taking on self-proclaimed male chauvinist Bobby Riggs. I recall, too, seeing an article or two in my dad's Playboy magazines, including the somewhat infamous coming out interview with classical moog composer Wendy Carlos in 1975.

There were other examples in popular media too: it seemed like most of the more "socially conscious" sitcoms of the era had a trans episode in the mix, alongside all their other "issue du jour" episodes. Archie Bunker gave mouth-to-mouth to a trans woman, Beverly LaSalle, and his wife, Edith, questioned her own faith when LaSalle was later killed. George Jefferson dealt with his own feelings when an army buddy of his transitioned. The theaters showed films about Christine Jorgensen and Myra Breckenridge, while Al Pacino robbed a bank for his lover's genital reassignment surgery in "Dog Day Afternoon."

Pop music told many trans tales at the time too. David Bowie, deep in his androgynous Ziggy Stardust years, sang about "Rebel Rebel" and "Lady Stardust," the Kink's shared an encounter with "Lola," and Lou Reed took a "Walk on the Wild Side." Then, of course, there was the matter of a certain musical film called "The Rocky Horror Picture Show."

A lot of miles have passed since those days. I'm far from that child who played in the streets of the suburbs, who felt they had a secret they couldn't possibly share with the world, and assumed they would eventually end up dead as a result of it.

In all those years have been a lot of additional trans stories. Caroline Cossey was outed in the 1980s, while movies like "The World According To Garp" hit the silver screen. "The Crying Game," "Orlando," and even "The Adventures of Priscilla, Queen of the Desert" took their places a decade later — for good or ill — even as transgender activism began to kick into high gear with groups like the Transexual Menace and others. Heck, by then, I was out there doing my own early work.

In all this, I've only scratched the surface of trans visibility over the last 50 years, a pop culture veneer that sits atop so many others who have scratched and toiled in ways big and small over this time, building on a legacy that can be counted back over millennia.

We've been here for ages, and transgender people have lived in this society since it has existed, but if you listened to those on Capitol Hill during the recent hearings on the Equality Act, transgender people are some new contagion, fresh to the scene.

To give those people the benefit of a doubt, perhaps they may not have been alive before then, or may have missed out on what was going on under their very noses as the transgender movement grew after the disaster that was the destruction Nazi Germany wrought upon so many, transgender people included. They could merely be ignorant of the bigger picture, of these layers of pop culture and real stories behind it all.

Nevertheless, the reality of things is this: It's not that the transgender community is a new thing, but it's that transgender people are now being seen in this society.

We've always been here, but even when we are on the big screen, we have been comedic relief, threats, victims, or — at best — lessons to propel the main characters to be better people. Those few who have become household names of sorts — our Renées, and Christines, and so on — are briefly known, then tumble back into obscurity once people decide to stop and stare at someone else for a while.

Furthermore, those who have achieved some small amount of fame, up until very recent years, have tended to be white, somewhat wealthy, and otherwise easily painted with a brush of "respectability" that has made them palatable to pop culture.

You will also note that it is the trans women who tend to get noticed: aside from Chaz Bono and a handful of others, you might think that there only are transgender women.

With that in mind, I also feel that while trans men are forgotten, trans women remain targeted. As we gain visibility, as people begin to notice our existence and wonder when we arrived, many have begun to view us as a threat, as if our existence somehow infringes on theirs.

I'll leave you with this thought: we are now being seen by culture at large. We must keep momentum going forward, and strive to rise up the rest of our community. It is either this or once again face the same forces that have held us back.

Gwen Smith talked about the 1970s and didn't mention macramé. You'll find her at www.gwensmith.com.