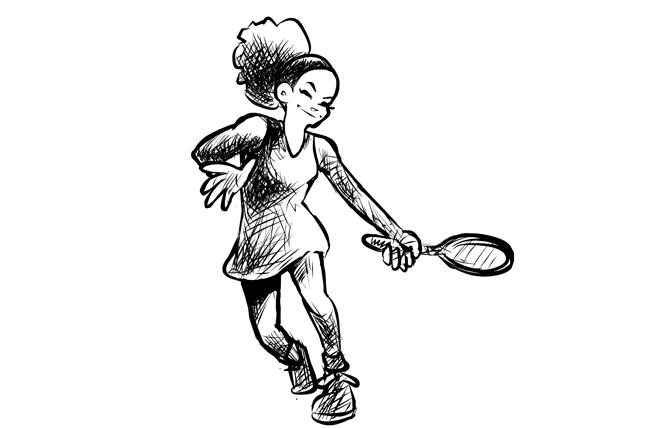 She was viewed as a witch if she floated, as her body had "rejected baptism" in the water. She would then be put to death for her supposed crimes. If she sank in the water — drowning in the process — she was deemed pure.

Either way, the woman was dead.

I remember hearing this story a lot as a kid, and always thought the whole idea was abhorrent. There was literally no way to prove your innocence and continue to live your life after you were accused. Guilty or innocent, your life was forfeited. This simply made no sense to me. (Scholars have written that this method did not have legal standing in England and was in fact illegal by 1219.)

Of course, we supposedly live in more enlightened times today, and the notion of "ducking" a witch has long become a tale we tell about backward medieval peasants and their foolish practices.

A few weeks ago, USA Powerlifting barred transgender women from competing in their gender, amid claims that they had a "competitive advantage" thanks to factors like increased bone density and muscle mass from the testosterone trans women experienced during puberty.

South Dakota officials have attempted to pass several anti-transgender laws during the current legislative session, including an effort to bar transgender student athletes from competing with others of their same gender. The arguments were similar to those of USA Powerlifting.

"A man can decide to be female, take hormones if required by whatever sporting organization is concerned, win everything in sight and perhaps earn a small fortune, and then reverse his decision and go back to making babies if he so desires," said Navratilova in an article in the Sunday Times.

"It's insane and it's cheating," she added. "I am happy to address a transgender woman in whatever form she prefers, but I would not be happy to compete against her. It would not be fair."

It's an odd statement, given what exactly a transgender woman has to go through to compete in the first place, the effects hormone replacement therapy would have on their body, and the scrutiny they would be under. It would likewise require a fairly large financial outlay just for the chance to win all this money Navratilova claims is in women's sports.

It also implies that transgender women have never yet participated in women's sports, something Navratilova herself should know isn't true: she played, and beat, Renee Richards decades ago.

While I think about trans people in sports and these arguments, I find myself seeing an odd similarity to witches and ducking. I'm not saying transfeminine athletes are facing a situation as fraught as women accused of witchcraft in the Middle Ages, I do nevertheless see a parallel.

A trans person who is involved with any given sport is in a no-win situation, stuck in a similar dilemma to medieval women — and sometimes men — accused of witchery.

If you lose at your sport, well, you lose. You're viewed as a failure. This may, in fact, be the lesser of two bad situations, because if you win, well, then your achievement is "blamed" on your trans history. You are viewed as having a biological advantage, and any work you did to legitimately earn that victory is immediately discounted.

There's one more important parallel: remember what I was talking about ducking witches? The process grew out of using ducking or cucking stools to lower women into waterways, but it wasn't originally for witches: they were used to punish women — and sometimes men — with scorn and humiliation, and primarily for being a "scold." A scold is a person who was quarrelsome or "nagged" others over their behavior.

In other words, this was a method of teaching a person — usually a woman — their "place" in the culture, through torture and humiliation. Most people who faced ducking were married women, and most were poor.

The rationale, of course, would be that the woman would be so chastised by her time in the ducking chair that she would learn not to argue. I suspect that many might have considered the woman's death to also be a way to teach her — and others — not to be quarrelsome.

I see the same issue with trans athletes. They have a no-win situation: lose and, well, lose, or win and face disqualification for having an "unfair advantage."

Meanwhile, much like the women in ducking chairs, the humiliation of having to face all this would simply drive trans people away altogether, which is what those opposed to trans people in sports wanted in the first place.

This has nothing to do with equity in sports, just like ducking witches had little to do with proving who was in league with Satan: the cruelty is the point.