Guest Opinion: On Jussie, hate crimes & the continuation of disbelief 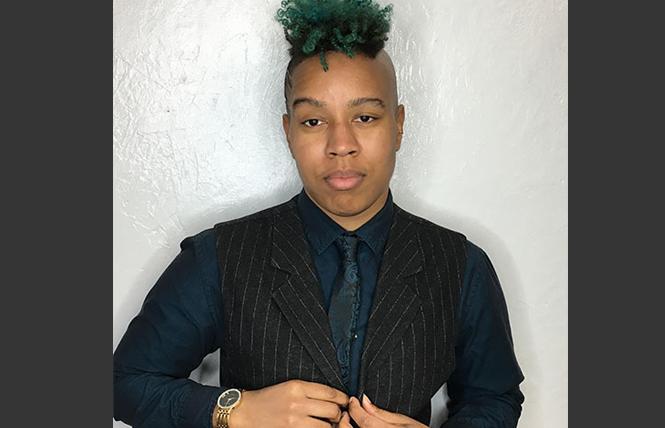 By the time this essay is published, I am not sure what the news cycle will be saying about "Empire" actor Jussie Smollett. What I am sure about is the fact that hate crimes in the U.S. against black and brown folks, and particularly black trans folks, are on the rise (https://www.justice.gov/hatecrimes/hate-crime-statistics). When it comes to being believed about hate crimes, black trans people are looked at not just with skepticism, but also with questions on whether violence against us truly counts as such. Despite the news reports going around about celebrities, most of us that are LGBTQ know that hate crimes have been increasing over the last few years. We've seen statistics, studies, but more importantly, we have felt it creeping over our shoulders on our way to work, to the club, and on our way home. What causes hate to manifest so much that someone would feel a need to cause harm to another person? We learn that kind of violence from many sources, one of the most undeniable spaces is the pulpit. Whether we ourselves are religious, violent religious theologies impact the ways that many of us, particularly those of us at the intersections of blackness and transness, get to exist in the world. It impacts the political sphere, our ability to access health care, jobs, housing; our criminalization; and the list is endless.

This matters because many of us are dealing with religious-based trauma that we do not deserve. If your family told you that you were going to hell, even if you are not religious now, can that impact how you have seen yourself over the years? Yes. If someone at the motor vehicle department purposely humiliated you when you were just trying to get your photo and state ID to match who you are, can it add to your fear of going outside? Yes. Does application of laws that treat trans people as if we are deceptive by default add to our criminalization? Yes. Having your rights and humanity argued within a public sphere that is questioning whether or not even someone's god has the capacity to love you, may seem trivial for some who might say, "I'm not religious." But the impacts travel farther than any religious building and hit hardest onto communities already being over-policed.

When it comes to a theology that incorporates a trans existence, there are three major frameworks that I have seen at play: 1. Defensive Theology. This is the place within Abrahamic traditions in which we argue back and forth with bigots about six to seven scriptures that appear between the Bible/Koran/Torah and whether or not LGBTQ folks are a sin or, at best, neutral. 2. Liberation Theology. This is a place within those same traditions where one might find trans people being spoken about within those same books from a positive perspective. 3. Acceptance Theology. This is a place within anti-LGBTQ and affirming LGBTQ religious spaces in which they merely accept that trans people exist but do no actual theological work to back it up. These are the spaces in which a trans person is expected to be OK with barely being called the right name and having any affirmation of their identity extended from a collapsing of texts and theologies that center cisgender LGBQ voices.

What is often not talked about are the ways in which religious spaces benefit from anti-black and anti-trans theologies, even many affirming spaces that have not done the work of being intentional in regard to trans folks. They can benefit by holding onto resources that have been built off the same white supremacist practices that allowed white churches to accumulate wealth at times black folks were not able to own land. It can be churches labeled as "welcoming" that continue to bolster their moral ideologies while still excluding trans people from their leadership and pews. This can also be about a false dichotomy of demonizing criminals versus the rest of us, knowing that to be black and trans is to be criminalized and that we'd all be hard-pressed to find anyone that has never committed a crime by the time they were an adult. It looks like spending more time creating an intellectual practice of non-violence but never being invested in dismantling actively violent systems and practices or holding abusers accountable.

My colleague, Lady Dane Figueroa, and I started the #TransphobiaIsASin campaign on social media to highlight religious-based violence and to get folks invested in addressing it that may or may not be part of religious communities. As co-editors of the forthcoming "Black Trans Prayer Book," we have worked with folks all over the U.S. who are impacted by religious violence on street corners, in their homes and at the hands of police. We have had participants from over six countries and on three continents sharing their photos on social media with one of four phrases: 1. Transphobia Is a Sin; 2. Transphobia is Haram (Arabic word for sin); 3. Trans People are Divine 4. Trans People Exist Because Our Ancestors Existed. This is one portion of a comprehensive project we are creating to decolonize faith practices and get folks of various backgrounds to invest in Black Trans folks' rights to heal.

J Mase III is a black/trans/queer poet and educator based in Seattle, by way of Philadelphia. He is the author of "If I Should Die Under the Knife, Tell my Kidney I was the Fiercest Poet Around," as well as "And Then I Got Fired: One Transqueer's Reflections on Grief, Unemployment, and Inappropriate Jokes about Death." As an educator, Mase has worked with thousands of community members in the U.S., the U.K., and Canada on the needs of LGBTQIA youth and adults in spaces such as K-12 schools, universities, faith communities, and restricted care facilities. Check him out on Facebook, Instagram, Twitter, and at www.awQwardtalent.com.