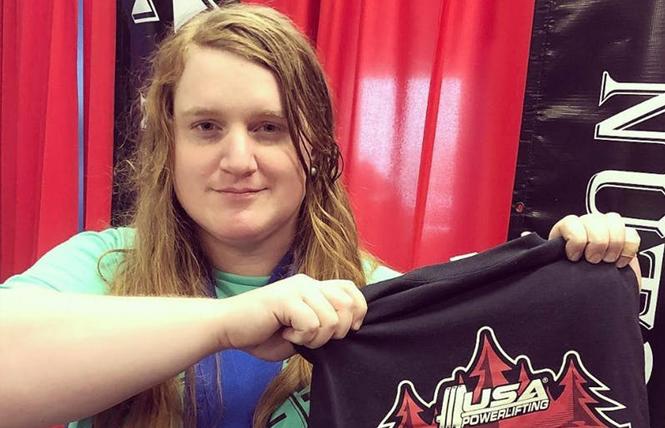 The battle for acceptance of gay men, lesbians, and bisexual individuals in American sports has its roots in the 1970s with the sensationalized coming out stories of a handful of high-profile athletes such as Billie Jean King, Martina Navratilova, and David Kopay. Renée Richards, an elite transgender tennis player, made headlines in the 1970s as well, winning a legal battle to compete in women's tournaments.

Going on five decades later, homophobia in sports remains a thorny issue, but coming out stories for gay and lesbian athletes are more frequent, less sensationalized. By comparison, the transphobia faced by transgender men and women (especially the women) in sports remains as intense as ever — even more so, if possible, than the transphobia they face outside of sports.

Why has sports transphobia had so much more staying power than sports homophobia?

The reasons are many and varied. Though some of the causes are rooted in the heterosexual cisgender mainstream, many are rooted within our own LGBT community.

"There is a significant number of people who simply feel that transgender people shouldn't be allowed to compete at all," transgender wrestler Donna Rose told the Bay Area Reporter. "Knowledge or not, it's easy for people to connect the dots that lead down that path. It's not a factual conversation so much as an emotional one. I daresay that there are people who are actually supportive of trans people in other contexts who waver when it comes to competitive sports."

Rose also said she believes that many people who do not oppose, even support, transgender men competing against other men argue that transgender women should be blocked from competition against fellow women.

"The prism by which this is judged is rooted in a double standard," Rose said. "The level of support is significantly less when discussing trans female athletes competing against women."

As scientific knowledge about the biology and physiology of transgender athletes as they age has grown, the myth of inherent athletic advantages has gradually been debunked, experts view size and strength differentials within normal genetic variations all athletes face, and major sports organizations such as the International Olympic Committee have adopted more inclusive policies enabling transgender participation at every level, from recreational to international elite.

Last season, for example, the Golden Gate Women's Soccer League heard reports of transphobic comments made by some players against other players and held a meeting in October to discuss adopting a transgender policy. Following the transgender-inclusive lead of the national soccer association, in January Golden Gate adopted a policy stating GGWSL "is a women's league that welcomes cisgender women, intersex, transgender, and nonbinary individuals."

At about the same time, however, USA Powerlifting was making headlines when it published a policy on its website that essentially bans transgender men and women from competition. The policy, apparently generated in a rush as evidenced by the numerous typos in it, was published after Minneapolis powerlifter JayCee Cooper, a trans woman, was barred by the national federation from competing in a women's tournament.

Immediate focus was on the exclusion of transgender women from competing with other women. As one of the typo-laden sentences in the Q-and-A document published by USA Powerlifting with the policy states, "While MTF may be weaker and less muscle than they once were, the biological benefits given them at birth still remain over than of a female."

But the policy, for all intents and purposes, bans transgender men from competing at all.

Noting that testosterone and other chemicals are used to assist in female to male transition, USA Wrestling said, "By virtue of the anabolic nature of these compounds, they are not allowed, nor is a Therapeutic Use Exemption granted for such use for anyone. This applies to any and all medical conditions which might be treated through use of androgens."

For example, if you are an AIDS patient who needs to take medically prescribed steroids for facial wasting or osteoporosis, USA Powerlifting wants nothing to do with you.

"We do allow transgender men," the policy document says. "What is prohibited in USA Powerlifting is the use of external androgens in this organization. This is the same rule that applies to all members. We have many older male lifters for example who require through their doctor to take hormone therapy (HRT). We respect their need to follow their doctors advice, but with that said, they are no longer eligible to be compete within USA Powerlifting."

Q: "I am a female and do not care if I compete against a transgender female, so why is it not allowed?" A: "While we find it commendable that you feel this way, we must also look at the fairness in competition for the majority of our female members."
Now, a lot of the transphobia in elite, revenue-rich sports is predictable. Sports folks by nature look for any edge they can, if they can eliminate competition they increase their chances for success, and the notion that folks can pursue sports for the sheer joy and empowerment that competition can bring to their lives — well, money and power tend to make that fall by the wayside. People often lack empathy for circumstances they have not encountered first hand, the trapped desperation young transgender individuals feel may not be a relatable emotion for others, it's hard for corporate executives to see a financial motivation to accommodate such a small portion of their potential revenue pool ... just so many reasons in commercial spectator sports to let trans-inclusion be somebody else's problem.

The CrossFit Games, a competitive event for the recreational CrossFit brand, is just emerging from a transphobic crisis of its own making. In 2014, Chloie Jonsson sued CrossFit after being outed by a gym member as being transgender and then being told she would have to compete in the men's division. In August, CrossFit announced a change in policy.

"In the 2019 CrossFit competitive season, starting with the Open, transgender athletes are welcome to participate in the division with which they identify," CEO Greg Glassman said. "This is the right thing to do. CrossFit believes in the potential, capacity, and dignity of every athlete. We are proud of our LGBT community, including our transgender athletes, and we want you here with us. "

In advance of the CrossFit Open, the Out Foundation is staging a national, 12-city tour hosting sessions on transgender inclusion in fitness programs. The Don't Be An A—hole Tour started last month in New York City and will conclude in San Francisco, February 17, from noon to 1:15 p.m., at Flagship Athletic Performance, 160 Church Street.

"The feedback on the tour has been very positive," foundation Executive Director Will Lanier said. "Most of the attendees have been gym owners and trainers and transgender athletes. Sometime the athletes they meet are the first transgender people they've met that they know are transgender. We don't get into the science as much as the broad strokes: questions they will encounter, words to use, different situation scenarios. The smallest we've had has been about 20 people and the largest about 50."

Lanier is a 33-year-old gay man who played football in high school and was a cheerleader in college before becoming involved in fitness training. I talked with him about my memories from when Richards burst on the scene in the 1980s, my ignorance at the time, my quest for understanding in the years since. Then I asked him about the transgender ban in powerlifting.

"We have a lot of lifters in CrossFit," Lanier said. "A lot of them are not renewing their USA Powerlifting memberships. Maybe if they have a shift in their membership they'll wake up. By contrast, USA Weightlifting is being very trans-inclusive. They've been fantastic allies."

Registration for the Don't Be an A—hole Tour is Free. For information, visit http://www.theoutfoundation.org.