Guest Opinion: What's next for the LGBTQ movement 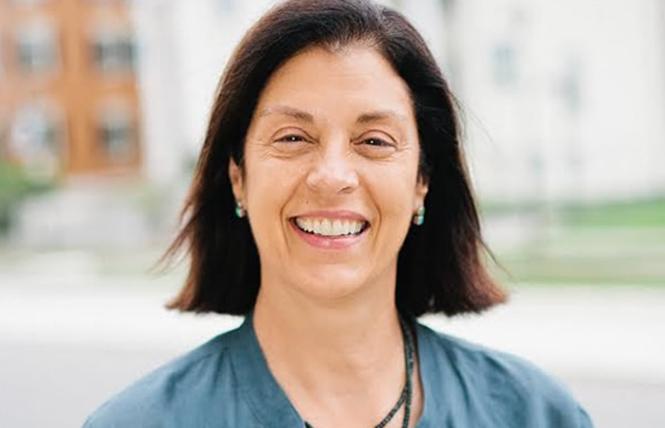 I spent my young adulthood in the Castro during the height of the AIDS epidemic. President Ronald Reagan was ignoring the plight of my friends, our community, and worse, he was engaging in fearmongering and bullying at a time when the nation needed unity. But through those extraordinarily trying times, our movement grew closer, stronger, and more effective, laying the groundwork for how far we've come today.

As we again confront a well-organized and energized opposition, led by President Donald Trump, which seeks to divide Americans using fear and disinformation, we can learn from the challenges of our past and draw inspiration from the young leadership rising to power. Record numbers of women, LGBTQ people, and people of color were the force behind the blue wave of the midterm elections resulting in the Democrats retaking the House.

They won not only because most Americans are opposed to Trump, but also because they ran personal, story, and issue-driven campaigns that emphasized what's possible. The use of sophisticated voter outreach tools combined with good old-fashioned door knocking meant engaging more voters than ever.

Last year in Anchorage, Alaska and Massachusetts, we were able to preserve transgender non-discrimination protections at the ballot box. We also banned conversion therapy in five more states. It was that same winning combination of tactics, storytelling, and data-driven voter engagement that secured those historic wins. The more people hear our stories, the more we win, the more public opinion research shows that our support continues to grow.

Sharing our stories among each other also plays an important role in preserving our history and keeping the community strong by ensuring that all voices are heard. As we move into 2019 and the president ramps up his divisive tactics, our movement must be ready to scale-up from our 2018 victories and resist with more solidarity than ever.

The Democratic leadership in the House, with Nancy Pelosi at the helm, will provide an important megaphone for the need to guard non-discrimination protections from being further eroded, perhaps even taking up federal legislation like the Equality Act. But given the makeup of the Senate and presidency, much of the work for our movement in 2019 will remain at the state and local levels.

We will face more attempts to unravel progress in the form of statewide anti-LGBTQ adoption bills, anti-transgender bathroom bans, and efforts to preempt new non-discrimination protections. I am constantly in awe of our state partners who hold the line on LGBTQ issues, fighting off more than a hundred bills nationwide every year even in the most conservative legislatures. The key is not to lose momentum in states and local communities and at the federal level as we hurtle toward the elections in 2020. The activation of so many new voices and the motivation to turn out to cast votes and be heard gives me hope for the future.