Editorial: Bush was not good for the gays 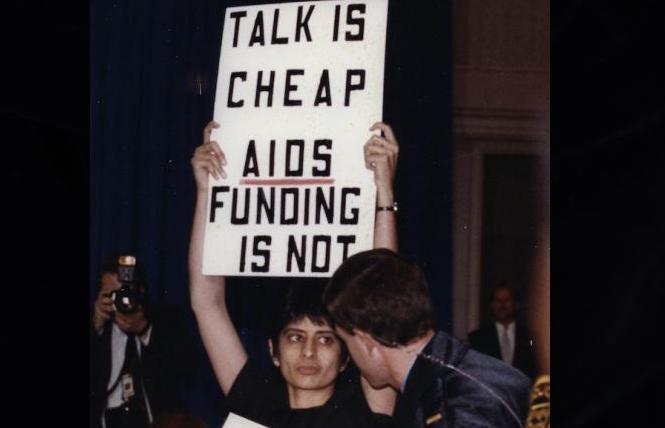 In comparison to the terrible eight years of Ronald Reagan in the 1980s, during which he did not utter the word "AIDS" or provide federal funding for what was then the beginning of an epidemic that would take hundreds of thousands of lives, the George H.W. Bush presidency that followed wasn't as bad. But that doesn't mean it was great for LGBT people — because it wasn't.

While Bush did sign the Ryan White CARE Act and Americans with Disabilities Act (both of which benefitted LGBTs and people living with HIV/AIDS) those were largely the products of a Democratic Congress, and, in the case of the CARE Act, the AIDS activist community. In other words, Bush didn't expend much political capital leading on the issues.

Bush's death November 30 at the age of 94 has prompted the all-too-familiar glossy memories in wall-to-wall media coverage. It's unfortunate that mainstream journalists, pundits, and historians are so obsessed with the idea that politicians in the Bush years were more polite — and a time when policy was done in an established order — that they aren't being truthful without an honest examination of his shortcomings as president. Yes, he was a World War II veteran and a decent man (so unlike the current occupant of the Oval Office), but Bush's actions mostly ignored LGBT people or worked against us. He supported the military's ban on gay troops and was confused by the concept of same-sex marriage — although these were widely held positions in the late 1980s and early 1990s.

As the AIDS epidemic was ravaging cities across the country and around the world, Bush couldn't bother to attend — or even send a video message to — the 1990 international AIDS conference in San Francisco. Robert Bray, then the director of public information for the National Gay and Lesbian Task Force (now called the National LGBTQ Task Force) told reporter Rex Wockner, "There'll be lots of demonstrations, and he'll have no choice but to discuss the U.S.' discriminatory immigration policies, which will be the focal point of the conference. In other words, he's chicken."

It was Bush's 1992 re-election campaign, however, that would have lasting consequences, as he cozied up to homophobes like Jesse Helms and Pat Buchanan, empowering them, and drew evangelicals to the Republican Party, where they remain today and are one of the biggest obstacles to forging bipartisan support on social issues like gun control, climate change, and LGBT rights. Bush went so far right that the Log Cabin Republicans couldn't even endorse him. (Sound familiar? Log Cabin didn't endorse Trump either.)

The lack of attention and adequate federal funding for AIDS in the early years of the epidemic cost gay men their lives. The federal government left it up to local jurisdictions to deal with the crisis. Only anyone who survived those horrible years knows what a bleak and scary time it was in this country — almost unimaginable today. For places like San Francisco, which set the standard with a robust system of care through both public entities like the health department and nonprofits, there was some hope in those early days — or at least a modicum of comfort as men wasted away. But in the majority of the country, people just died. The delay in federal help also slowed the research needed for new drugs, and that cost a lot of lives too.

It's unfortunate that Bush, who projected his "kinder, gentler nation" philosophy as the face of the Republican Party, did not do more when he could have for LGBT citizens.