Transmissions: No place for any woman 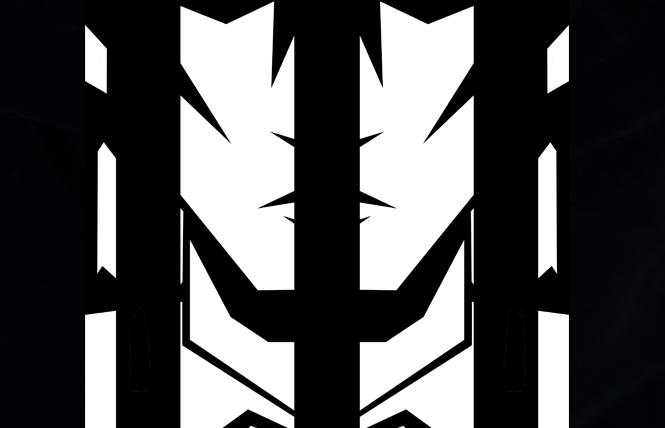 In 2013, a woman from the Dominican Republic landed in Miami. While she was hoping to witness the birth of her grandchild, police had other ideas, arresting her on an outstanding drug charge. She was taken to the local jail and processed like any other female inmate.

That is, until she was sent to the medical unit for a checkup due to her history of high blood pressure.

The nurse in attendance noted that the woman, Fior Pichardo de Veloz, was undergoing hormone replacement and noted that some "male inmates take hormone pills to enhance their breasts" — whatever that is supposed to infer.

She was then sent to a doctor at the jail, who never examined her beyond asking a barrage of questions about her medical history. None of those questions, apparently, had to do with her gender identity or her hormone treatments.

Nevertheless, this doctor took the nurse's word, and reclassified Pichardo de Veloz as a man or, as the nurse put it in her file, "Transgender, male parts, female tendencies."

Pichardo de Veloz found herself transferred to an all-male jail and housed with roughly 40 male inmates who were, apparently, having quite a good time mocking and leering at her. She, however, was terrified. Too afraid to use the toilet in the facility, she urinated on herself.

It wasn't until hours later, when Pichardo de Veloz's family began to question why she was booked into a male cell, that the error was uncovered. She was given a second examination, where male officers laughed at her. One even took a photo of her after she had disrobed.

The ordeal shook Pichardo de Veloz. She sued, only to be told that prison staff could not be held accountable for negligence. An appeals court disagreed, and as of a couple of weeks ago, Pichardo de Veloz's trial now has the green light to go forward.

It's a shocking case of negligence on the part of the attending nurse and doctor who seemed to automatically assume that this woman was a transgender woman and, by extension, deserved to be locked up in an all-male facility. I have little doubt that Pichardo de Veloz may indeed have a fairly lucrative day in court.

I want you to consider this, however: if Pichardo de Veloz had actually been a transgender woman, her story wouldn't be any different.

Most of the news stories surrounding the case have focused on the negligence and callousness of the medical personnel, and that's important. Nevertheless, consider for a moment that the treatment that she faced, and the very real fear of being assaulted in jail, is the daily reality of transgender people already in prison.

According to reports, neither the nurse nor the doctor fully examined Pichardo de Veloz. Indeed, the nurse told an officer when Pichardo de Veloz was being rebooked as a male that "everything fell out" during this nonexistent examination, meaning that the male genitals that Pichardo de Veloz doesn't actually have were seen by this nurse.

It's likely that many other trans inmates have been lied about. And many who may be postoperative have likely been left in all-male cells to be violated and harassed.

The mistake was discovered when Pichardo de Veloz's family came to the police and made it clear that she didn't belong in a male facility. The same probably would have happened if she had been transgender, and the officers at the jail would have laughed at the family's concerns even harder than the mockery Pichardo de Veloz endured.

According to media reports, when Pichardo de Veloz was transferred to the Metro West Detention Center, she again insisted that she was a woman. The officer's reply was telling: "You are a woman. Good luck if you're alive tomorrow."

Any woman, transgender or not, would be as terrified as Pichardo de Veloz when locked in a cell with 40 male prisoners.

We live in a time when a mania surrounding transgender restroom use has enveloped the right — and like Pichardo de Veloz, many non-transgender women have been forced from women's rooms. More so, in fact, that transgender people have. We may all end up too terrified to use those facilities, too.

Indeed, the reality of Pichardo de Veloz's experience isn't merely that she was an unfortunate false positive that needs to be rectified, but that the experience of trans women in prison is an onerous one, fraught with peril not fitting alleged crimes.

Trans women are women, just as Pichardo de Veloz is. Yes, our histories may vary, but so does the history of every woman — and putting any women in an all-male cell knowing that they may well be assaulted or worse is monstrous.