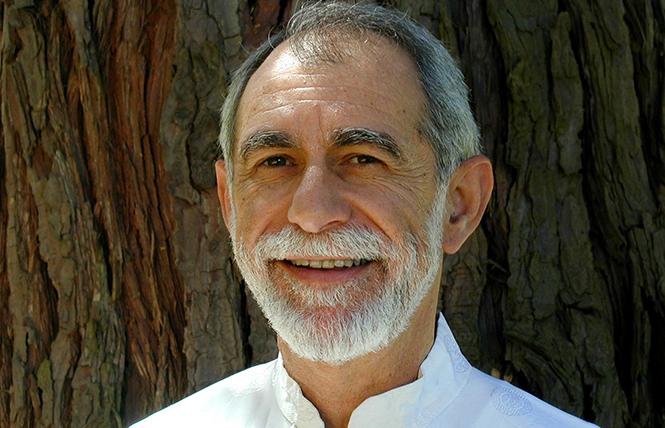 Emilio Gonzalez of Santa Rosa, California, slipped away peacefully Sunday, October 21, 2018. He was 80.

Born in Ybor City in Tampa, Florida, November 28, 1937, he served in the U.S. Navy from 1957-1961 as a disbursing clerk. In his youth he loved fishing at Ballast Point Pier and the 22nd Street Causeway in Tampa. He was a talented watercolor artist, poet, and published author. Mr. Gonzalez, a gay man, wrote a Guest Opinion column for the Bay Area Reporter this summer on growing up in Tampa and learning English.

According to his obituary in the Santa Rosa Press-Democrat, Mr. Gonzalez attended UCLA and had worked for the Diocese of San Francisco as an accountant. He served as a tenant commissioner on the city of Santa Rosa Housing Authority Board for four years. A tai chi master and instructor, he held classes in Occidental, California until several weeks before his death and considered his students his family.

In 2012, his book "Cigar City Stories," a series of short stories of his experiences growing up in Ybor City, was published. In 1995, he produced a four-part PBS television series "Qigong for Health." He had several exhibits of his watercolors in the northern California area.

Mr. Gonzalez was predeceased by his parents, Domingo Gonzalez and Manuela Llanes, and brother Antonio "Tony" Gonzalez. He is survived by his two sisters, Alice Gonzalez of St. Petersburg, Florida and Sylvia Espinola of Tampa; a nephew, Caton Espinola; two grandnephews, C.J. Espinola and Zachary Espinola; and grandniece, Karsyn Ross.

A special thanks to his "bonus" sister, Rebecca Fernandez (Seena) of Santa Rosa, who cared for him in his last days, as well as Sutter Hospice and From the Heart Caregiving Service's caregiver, Fay. He lived a full and eventful life and always marched to his own drum.