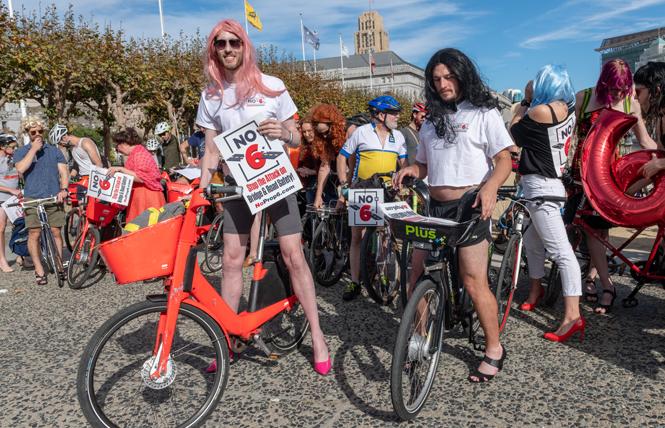 Gay state Senator Scott Wiener (D-San Francisco), left, joined gay Emeryville Mayor John Bauters in drag Sunday, October 28, to bike in high heels opposing state Proposition 6, which would repeal the gas tax. Wiener came up with the event after a gas tax repeal supporter — and Orange County congressional candidate — said that without Prop 6 she'll be forced "to take bikes, get on trains, hose off at the depot and try to get to work ... That does not work with my hair and heels." Wiener, Bauters, and other Prop 6 opponents called her on it and rode the streets of San Francisco in favor of the tax, which pays for road and infrastructure improvements.