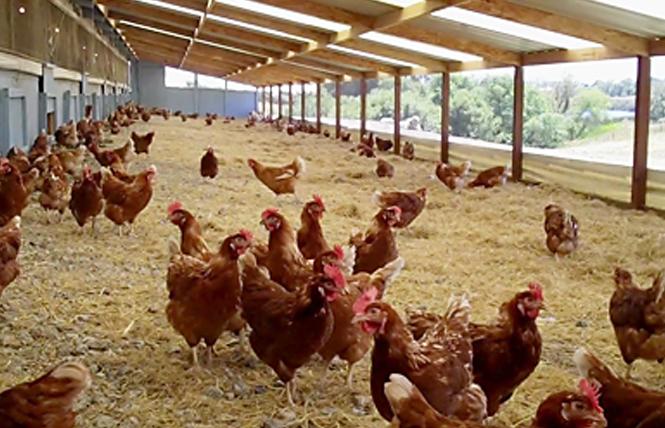 There are 11 statewide ballot propositions on the November ballot, on topics ranging from bonds for housing assistance to repealing the gas tax to new standards for the confinement of farm animals. Proposition 9, which advocated for splitting California into three states, was removed from the ballot by the state Supreme Court. Here are our recommendations.

Proposition 1: Authorizes bonds to fund specified housing assistance programs. YES. This legislative statute has broad support. It authorizes $4 billion of state general obligation bonds to fund existing housing programs to help veterans, working families, the disabled, seniors, and the homeless. It provides housing assistance for buyers, infrastructure financing, and matching grants to expand the affordable housing stock. California has a housing crisis. This is one more way to help alleviate it. Vote Yes on 1.

Proposition 2: Authorizes bonds to fund existing housing program for individuals with mental illness. YES. This legislative statute also has wide support. It ratifies existing law establishing the No Place Like Home Program, which finances permanent housing for people with mental illness who are homeless or at risk for chronic homelessness, as being consistent with the Mental Health Services Act approved by the electorate. It ratifies issuance of up to $2 billion in previously authorized bonds to finance the program. Proponents state that the measure would build 20,000 permanent supportive housing units under No Place Like Home and allow coordinated care of mental health and substance use services, medical care, case managers, education, and job training to help people get the treatment and housing stability they need. Like Prop 1, this provides a funding source for housing for people who most need it. Vote Yes on 2.

Proposition 3: Authorizes bonds to fund projects for water supply and quality, watershed, fish, wildlife, water conveyance, and groundwater sustainability and storage. NO. This was put on the ballot by a citizens' initiative and is funded in part by the stakeholders that would benefit from it and receive a share of the grant money. It's a pay-to-play initiative that would not get the state more water. Vote No on 3.

Proposition 4: Authorizes bonds funding construction at hospitals providing children's health care. YES. This initiative authorizes $1.5 billion in bonds to fund grants for construction, expansion, renovation, and equipping qualifying children's hospitals. According to proponents, there are eight California nonprofit children's hospitals, and seriously ill children receive care at these facilities regardless of a family's income. The bond money would allow these hospitals, which are at five University of California academic medical center campuses, to build more capacity to treat more children. Vote Yes on 4.

Proposition 5: Changes requirements for certain property owners to transfer their property tax base to replacement property. NO. This is an initiative constitutional amendment and statute that was developed by the California Association of Realtors. It would expand the special rules that give property tax savings to eligible homeowners when they buy a different home. The nonpartisan California Legislative Analyst says that Prop 5 would cause massive revenue losses at the local level, including schools, public services, and health care. Public school funding comes largely from property taxes, and Prop 5 would mean less revenue for them. It does not build new housing, nor does it help first-time homebuyers. It does not reduce rent.

For the last 30 years, opponents said, older homeowners who move to a smaller and less expensive home experience no changes to their current property tax. This was to encourage leaving larger homes to a younger family. Homeowners are allowed to do this once under Prop 13. Prop 5 changes the equation and allows homeowners to buy more expensive homes anywhere in the state and keep the property tax benefit. This will not do anything to help the state's housing crisis. Vote No on 5.

Proposition 6: Eliminating certain road repair and transportation funding. Requires certain fuel taxes and vehicle fees be approved by the electorate. NO. This initiative constitutional amendment repeals the gas tax passed by the Legislature in 2017. This is a terrible measure. The state desperately needs funds to pay for repairs and improvements to roads, state highways, and public transportation. Prop 6 eliminates $5 billion in existing transportation funding. Opponents, mostly Republicans, argue that repealing the gas tax would lead to cheaper fuel. But the bottom line is that California has some of the worst roads in the nation, including right here in the Bay Area. If the gas tax is repealed, projects already underway will come to a halt, opponents said. It would also eliminate thousands of jobs. Taxpayers will end up paying more in the long run if this revenue source is repealed. Vote no on 6.

Proposition 7: Conforms California Daylight Saving Time to Federal Law. Allows Legislature to change Daylight Saving Time period. NO. The Legislature put this on the ballot and it shouldn't be. And voters shouldn't be misled. If Prop 7 passes, we will continue to switch between Standard and Daylight Saving Time because a two-thirds vote by the Legislature is required before any final decision is made. Federal law does allow states to opt out of Daylight Saving Time, but there is currently no provision to allow permanent Daylight Saving Time under federal law. Prop 7 is putting the cart before the horse. Opponents pointed out that the state has tried this before. The 1974 energy crisis led President Nixon to declare emergency full-time Daylight Saving Time. That ended after 10 months because people hated the fact that the sun rose too late in the morning. The proponents' argument that children's sleep patterns are disrupted under the current twice-yearly switch is not persuasive; in fact, it could be dangerous for kids heading to school or waiting for the bus in the dark. It's not worth it. Vote No on 7.

Proposition 8: Regulates amounts outpatient kidney dialysis clinics charge for dialysis treatment. NO. This initiative statute shouldn't even be on the ballot. The Legislature should be working out this issue regarding the amount dialysis clinics can charge and be reimbursed, as well as other regulations around training, patient education, and tech support. It's an example of a special interest (labor unions) trying to legislate from the ballot box because of their frustration at being unable to organize clinic workers. It's not the voters' job to determine whether to unionize a sector of the health care field; it's up to the unions to make their case and have a vote of the workers. Opponents, including the California Medical Association and American Nurses Association/California, pointed out that Prop 8 may force the closure of dialysis clinics to cut services and costs. Vote No on 8.

Proposition 10: Expands local governments' authority to enact rent control on residential property. YES. This initiative statute repeals the Costa-Hawkins Act, which prohibits cities from enacting rent control laws. A yes vote for repeal does not establish statewide rent control, it gives municipalities the ability to enact such protections if they choose to do so. We've seen the opponents' ads that claim repeal will make the housing crisis worse. We don't buy it. Repeal of Costa-Hawkins is not the whole answer to the state's housing crisis, but it is important to keep people housed and Prop 10 is one tool for that. With rents rising in communities around the state, something needs to be done, and cities should not be hamstrung. Repeal allows communities struggling with skyrocketing housing costs to put an annual limit on how much rents can be raised. Local governments should decide housing policy, not Sacramento, where special interests led to Costa-Hawkins in the first place. Vote Yes on 10.

Proposition 11: Requires private-sector emergency ambulance employees to remain on-call during work breaks. Eliminates certain employer liability. NO. This is another initiative statute placed on the ballot by a special interest (private ambulance companies) when state lawmakers should be tackling issues around regulating break time and compensation for work hours. Private ambulance companies should adhere to state labor laws, and based on a recent court decision, these laws would likely require the companies to provide EMTs and paramedics with off-duty meal and rest breaks that cannot be interrupted by a 911 call. These companies should focus on adequate staffing and coverage so that breaks can be just that — a brief respite for workers. Vote No on 11.

Proposition 12: Establishes new standards for confinement of specified farm animals; bans sale of noncomplying products. NO. Citizens who placed this initiative on the ballot may have good intentions, but the fine print is terrible. Back in 2008, voters passed Prop 2 (remember, people voted to give chickens more rights than same-sex couples, as they passed Prop 8, the same-sex marriage ban at the same time) that created standards for housing certain farm animals. Now, proponents are back, claiming that more regulation is needed. Prop 12 creates new minimum requirements on farmers to provide more space for egg-laying chickens, breeding pigs, and calves raised for veal. The Legislature is the more appropriate body to sort out regulations for agriculture. Vote No on 12.