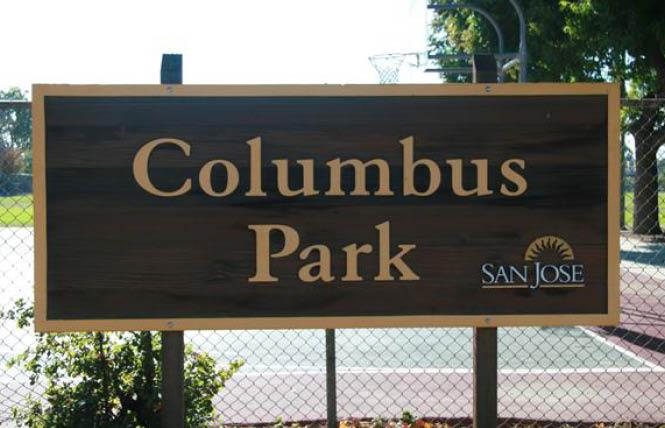 The city of San Jose recently settled a lawsuit by five gay men who said they were discriminated against by the San Jose Police Department in a sex sting operation at Columbus Park between 2014-2015.

The city of San Jose will pay out $125,000 for the settlement of a lawsuit filed by five gay men who claimed they were discriminated against by the San Jose Police Department in a sex sting operation.

Between 2014-2015, the men were arrested as a result of undercover gay sex stings conducted by police at a city park.

"It's a fair result given the circumstances," Richard Doyle, San Jose city attorney, told the Bay Area Reporter last week. "The way the city went about it, there were some concerns. But to the credit of the police department, they changed their policies of how, when, and if they do any kind of sting operations that result from complaints, and that's important."

According to Doyle, at the time the initial criminal cases against the plaintiffs were pending in 2016, Police Chief Eddie Garcia "asked to revisit the policy and worked with his staff in redoing it. He reviewed it and decided some changes needed to be done in how they conduct business."

Doyle said if police receive citizen complaints regarding public spaces, they will not respond with a sting operation.

As previously reported by the B.A.R., a Santa Clara County judge in 2016 dismissed the charges against the men, who had been cited for cruising at Columbus Park in San Jose, saying police had discriminated against them by singling them out because of their same-sex attractions.

In the operation, police had gone to a dingy bathroom in a corner of the park pretending to look for sex. Police and prosecutors initially defended their actions by saying that they were responding to complaints about sexual activity at the bathroom, which is a few feet away from a softball field.

In his ruling, Santa Clara County Superior Court Judge Jose S. Franco was unequivocal about how he felt about the police department's actions.

"The way in which the San Jose Police Department conducted its investigations for violations of Penal Code section 647(d) at Columbus Park demonstrates that it intentionally targeted men who engage in homosexual sex," Franco said.

He said that "by conducting themselves in a way that mimics 'cruising' behavior of the suspects targeted, the undercover officers demonstrated the intent to target this group to the exclusion of other perpetrators of lewd conduct" in San Jose.

"Unpopular groups have too often been made to bear the brunt of discriminatory prosecution or selective enforcement," Franco added. "The unconstitutional selective enforcement of the law as seen in the cases before this court undermine the credibility of our legal system and risks eroding public confidence in our ability to achieve just results."

Nickerson told the Mercury News that he was pleased with the response by the San Jose City Attorney's office and the police department.

"I want to give them full credit for their response," Nickerson said. "They were good faith personified."

The city also agreed to allow Nickerson to find and identify others who may have been arrested by officers in the sex sting operation.

The San Jose Police Department did not respond to a request for comment.

According to local reports, at the end of 2016, the couple sued Minnesota's Department of Human Rights, claiming the state's public accommodation law would heavily fine them and they could face jail time for exclusively offering wedding video services to straight couples.

The suit was dropped in September 2017, and the couple, represented by Alliance Defending Freedom, a national Christian legal organization, filed an appeal with the 8th U.S. Circuit Court of Appeals.

Minnesota Human Rights Commissioner Kevin Lindsey spoke with the B.A.R. and said the case is likely to go before the Supreme Court.

"I am hopeful we will prevail," he said. "The Larsens feel they may be persecuted under the law and that if a same-sex couple came to them they would not have the ability to turn them away and be forced to support same-sex marriage."

He said that the Minnesota Human Rights Act, which prohibits discrimination in public accommodations on the basis of sexual orientation or gender, does not, "say you have to hold up a banner saying yes for same-sex marriage," but simply that if you operate a business you must serve everyone equally.

He also said that if the appeal is granted it would create a "slippery slope for other historically disenfranchised groups."

The judge who dismissed the original lawsuit, Chief U.S. District Judge John Tunheim, called the couple's desire to exclude same-sex couples "conduct akin to a 'White Applicants Only' sign," in his ruling and that it would be an act of discrimination not protected by the First Amendment.

A request for comment from ADF was not immediately returned.

Speakers include award-winning filmmaker and trans activist, Susan Stryker, and Gayle Rubin, an associate professor of anthropology and women's studies. It will be moderated by Shayne Watson, the founding chair of the GLBT Historical Society's Historic Places Working Group.

The scholars will discuss their pioneering work in San Francisco's South of Market and Tenderloin neighborhoods and the intersection of history and place.

PastForward is the annual conference held by the National Trust for Historic Preservation. It is an educational and networking event for those in the business of saving places and will include various presentations surrounding issues in preservation law, preservation of the Urban Latinx community, and effective conservation methods.

For more information or to register, visit https://www.pastforwardconference.org/pastforward2018/.