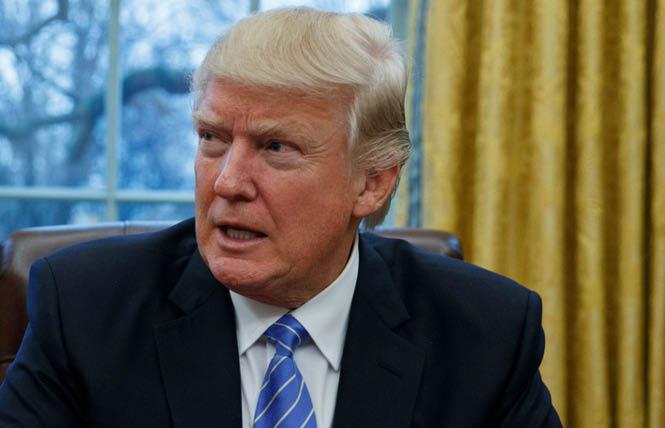 The U.S. Department of Health and Human Services has reportedly prepared a proposal to limit the identification of a person's gender to include only "male" or "female" that is listed at birth.

The existence of the proposal was first reported by the New York Times Sunday, October 21.

As President Donald Trump was preparing to board his helicopter on the White House lawn Monday afternoon, reporters asked him what happened to his promise to protect transgender Americans.

The Trump administration has taken a number of steps aimed specifically at ending recognition of transgender people under federal law. Last year, President Donald Trump announced his plans to ban transgender people from the military. Last October, Attorney General Jeff Sessions issued a memo to declare that federal law prohibiting discrimination based on sex in employment does not prohibit "discrimination based on gender identity per se." Last December, reports emerged that the Trump administration banned budget documents from the Centers for Disease Control and Prevention from using the word "transgender." At HHS, the administration removed from at least two federal health surveys questions that would identify data specific to LGBT people. It also announced it would no longer interpret the Affordable Care Act to prohibit discrimination based on gender identity.

Updated, 10/22/18: This article was updated to include comments from President Trump.