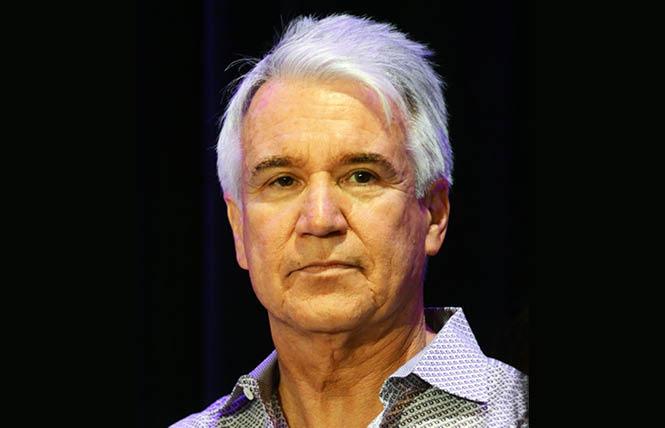 San Francisco District Attorney George Gascón surprised many Tuesday afternoon when he announced that he will not seek re-election next year.

In a news release, Gascón said that he needed to help care for his mother, who is 90 and "has much greater needs than when I took office."

"At this time, I simply cannot be the son I want to be and seek a third term," Gascón stated. "My career means a great deal to me. But success in the world with a family in chaos is not a choice I am willing to make."

Gascón, 64, was appointed district attorney in January 2011, replacing Kamala Harris, who had been elected state attorney general. He won election later that year and was re-elected in 2015.

In his statement, Gascón pointed to his accomplishments, which include cutting the homicide rate in half.

"Violent crime is down across the city and we have made needed progress to reduce property crime," he stated. "With the help of the men and women in my office, we created the Crime Strategies Unit — a unit focused on stopping the most prolific criminals using crime analysis tools and data, and the Independent Investigations Bureau — created to help investigate and prosecute illegal use of force by law enforcement."

But Gascón has come under criticism, especially for not charging police officers who fatally shot men of color in the city. His office also lost the high profile case involving Kate Steinle, who was shot by an undocumented immigrant, Jose Ines Garcia Zarate. He was acquitted of nearly all charges last year. (He has since been indicted on federal charges of being a felon and undocumented immigrant in possession of a firearm and ammunition.)

Gascón stated that the job of DA is an "enormous responsibility."

Gascón said he would finish the last year of his term.

A request for comment to Loftus was not immediately returned.

Joe Alioto Veronese, the son of former supervisor and mayoral candidate Angela Alioto and former police commissioner, has also entered the race, as has Lief Dautch.