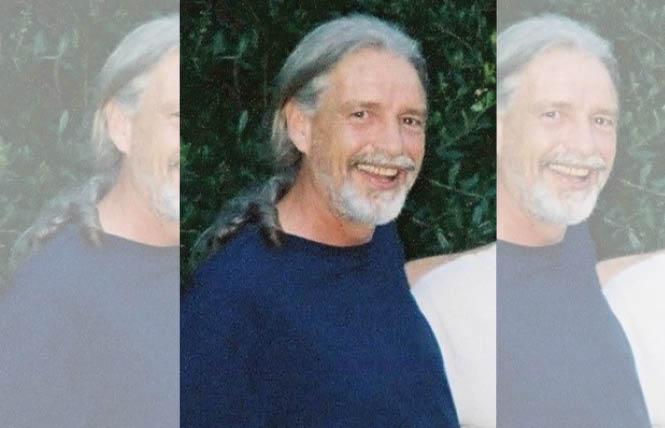 The San Francisco Medical Examiner's office has identified the headless torso found in a fish tank in a South of Market home last month as Brian Egg, 65. Since the grisly discovery August 14, police had been waiting for DNA tests to confirm that the remains were Egg's. Police released the medical examiner's findings Wednesday, September 26.

Egg's brother, Devon Egg, told the Bay Area Reporter last month that his family was asked to submit DNA samples to help match the remains to his brother. The identification of the torso came as no surprise to Egg's family, friends, and neighbors who held a vigil outside his home on September 11, on what would have been his 66th birthday.

Police say Egg was last seen around his Clara Street house in late May or early June. Neighbors have been critical of police for not taking their calls reporting Egg's disappearance seriously. SFPD Chief William Scott is expected to address that criticism during a police commission hearing Wednesday, October 3. He has not responded to the Bay Area Reporter's request for comment.

Police say officers had knocked on Egg's door three times before finally entering the home August 14, when neighbors alerted them when a private crime scene cleanup company arrived at the house.

Police initially arrested Lance Silva, 39, and Robert McCaffrey, 52, for homicide but the San Francisco District Attorney dropped the charges pending further investigation. Silva was held on a probation hold out of Alameda County. Police say Silva had hired the crime scene cleanup company using Egg's debit card. McCaffrey met the cleanup workers at the home. When the B.A.R. attempted to talk to Silva in the Santa Rita Jail in Dublin, his only response before walking away was "I just want to talk to my lawyer."