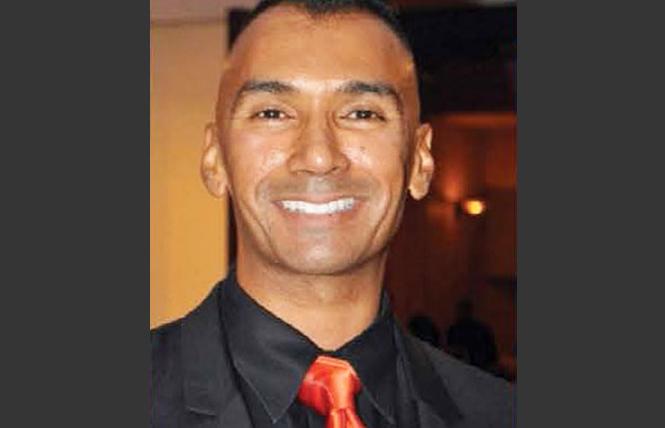 A class action lawsuit against organizers of the failed 2017 World Outgames in Miami has quietly been dropped, although the prospect for civil action down the road remains a possibility.

The suit was filed by would-be Outgames tennis participant Rodney Ferrell in January after the 2017 World Outgames were abruptly canceled in May just hours before the scheduled opening ceremonies — leaving hundreds of athletes who were traveling to Miami or had already arrived stuck with hotel bills, lost registration fees, and wasted vacation time (see February 28 JockTalk, "Outgames organizers sued").

Reaction in the LGBT sports community to the end of the suit has been one of disappointment, frustration, and anger — not at the plaintiff for dropping the suit, but at organizers and GLISA for callously misleading the public.

"It is sad to see that the organizers and board members and scam artists of World Outgames and GLISA will not face the consequences of their actions," swimmer David Smith of Compete magazine told the Bay Area Reporter. "These people created a lot of damage in the LGBTQ+ sports community and killed a lot of people's belief that they were part of something special. In the end, it appears that their scam will be brushed under the rug. But from this experience, it is clear that we need to demand accountability and transparency from all sports organizations moving forward."

Said Denny Nivens, a member of the Gay and Lesbian International Track Association from Los Angeles, "It's obvious there was never any intent to hold a sports event. They collected hundreds of thousands of dollars but there were no sports venues booked, no preparations made whatsoever. The announcement wasn't made until what was to be the first day of competition, but it clearly was not a last-minute decision. So, they're getting away with it — no surprise, I guess. But if they're not being held accountable in court, can someone at least tell us what happened to all that money?"

Where did the money go? Well, a Miami Beach financial audit indicated what funds the organizers had brought in were mismanaged, spent wastefully, and recorded inadequately (see August 20, 2017 Jock Talk, "Outgames audit released").

From the get-go, there was no certainty that the defendants had any assets that a successful lawsuit could successfully pursue. Despite having raised more than a million dollars, mostly in government grants and participant registrations, the Miami Outgames had failed to pay for several venues and permits (and lost sizable deposits on some major venues), lost money with several fundraising efforts, and had blown most of their budget on unsuccessful marketing and promotional efforts.

Fellow GLITA member Russell LaMar Jacquet-Acea of Seattle, who has participated in the last eight Gay Games, said of the lawsuit, "Although we did not win, it's good to know that some fought back, even though it was clear that they mismanaged funds. I did manage to get my registration fee back via my bank in disputing the charges with the third party payee and hopefully lots of you did at least that."

The lawsuit was also not helped by the apparent disappearance and dispersal of most of the defendants. Only Hart, who appeared to have lost a considerable amount of his personal funds in efforts to keep the venture afloat, responded vigorously to the suit, hiring an attorney and refuting the suit's claims line by line. He was dropped from the case in August.

Shortly after the cancelation of the Outgames, Cano moved from Florida to Hackensack, New Jersey, telling friends on Facebook he was starting a new chapter in his life. In May, Cano submitted a one-sentence response in court saying he denied "all the statements made in relation to this case and outline in the civil action."

Neither GLISA nor the Miami Beach Outgames organization responded to the complaints. Both organizations dropped their websites and all traces of GLISA appear to have disappeared, with the brand now dead in the water.

A criminal investigation into the World Outgames was launched last year by the state attorney general's office, but to date that investigation has not reported finding any actual criminal activity — just a lot of misleading marketing information released by organizers and a great enthusiasm for accepting registration fees even when it was apparent the event would not be held.

I declared the 11-year-old Outgames movement dead in a column last October. I wrote at the time, "It was in that last naked moment in Miami that frustrated athletes finally acknowledged that the GLISA Emperor may look fabulous, but he had no track cleats, wrestling singlets, or basketball shorts. The legacy of the World Outgames has been one of division, distrust, and disillusion. The Outgames, from Day 1, were never about the sports. Not a second. They were organized largely by non-athletes and catered to non-athletes. This was apparent in each iteration with the focus of their communications and marketing efforts on parties, ceremonies, and conferences. Parties, ceremonies, and conferences. Focused on what tourists would be able to hear, drink, and see — not on what athletes of all skill levels and all backgrounds would be able to achieve. Be able to do. Be able to tackle."

Attorneys in the case could not be reached for comment.