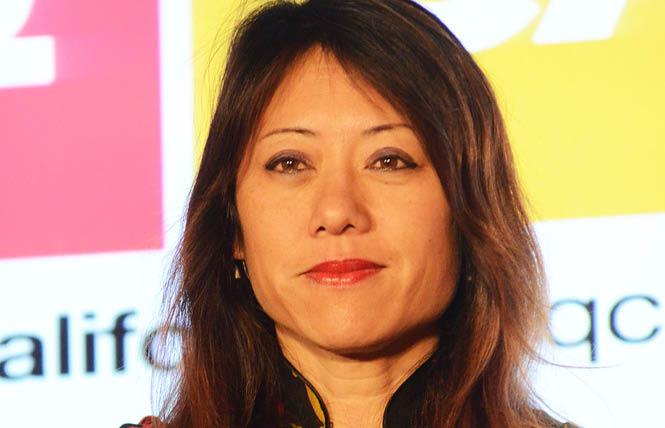 At its meeting Tuesday night the Harvey Milk LGBTQ Democratic Club rescinded its endorsement of Fiona Ma in her bid this November for state treasurer. According to club members, it is believed to be the first time the progressive political club has withdrawn its support for a candidate, at least within the past 20 years.

The decision was due to Ma not rescinding her own endorsement of Josephine Zhao in the race this fall for seats on the San Francisco school board. The Milk club had opposed Zhao due to her past comments against transgender rights, which she had claimed to now disavow, and had targeted her endorsers, who also included gay state Senator Scott Wiener (D-San Francisco) and Mayor London Breed.

Zhao suspended her campaign earlier this month after news report revealed she was telling Mandarin-speaking supporters that she still opposes trans restrooms. But her name will remain on the ballot, raising concerns that she could still be elected to a seat on the school board.

For that reason, Milk club members have continued to call on Zhao's endorsers to publicly break ties with her. They are also seeking her removal from a school district committee she was recently appointed to that oversees how it is spending revenues from a parcel tax.

In a statement to the Bay Area Reporter Wednesday afternoon, Ma did not directly address the controversy surrounding Zhao or her endorsement of her candidacy.

With less than 50 days until Election Day, Ma wrote that "this issue only distracts from our work of electing diverse Democrats across California. I will not be a part of it."

As she campaigns across California, Ma said she is working to bring different groups of voters together in order to win in November. That includes Asian-American voters, Ma said, who are "a key part of the new Democratic majority."

"Democrats are working together to elect the next generation of leaders - LGBTQ, women and people of color who have been locked out of representation for too long," wrote Ma.

In her statement, Ma noted how she had backed gay former state senator Mark Leno for mayor earlier this year. However, she also endorsed London Breed, who won the special election in June.

"I believe it is crucial that we work to bridge understanding among California's diverse communities," wrote Ma. "Our statewide Democratic ticket will elect California's first out gay man to statewide office — (state Senator) Ricardo Lara as our insurance commissioner."

Jordan Davis, a transgender woman who is a Milk club member, wrote on Facebook that the political group's "actions around Josephine may be a playbook for when other odious candidates show up."

This story has been updated to include Fiona Ma's response.