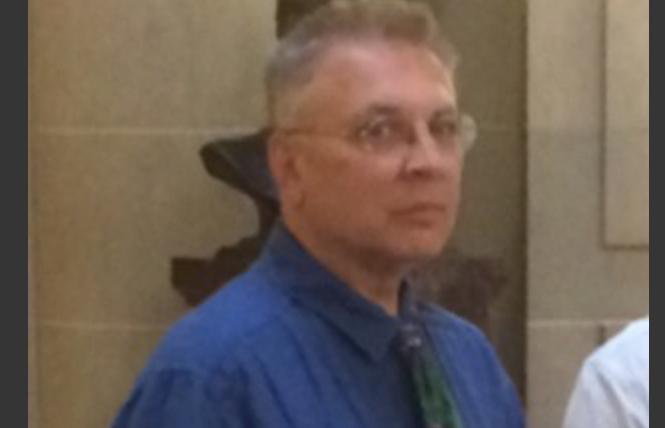 The defense attorney for Michael Phillips, a gay man charged with the murder of an elderly man, argued there is no scientific evidence connecting Phillips to the killing during opening statements of his trial Thursday, August 23.

The assistant district attorney prosecuting the case, O'Bryan Kenney, is scheduled to call witnesses until early next month. The trial is expected to take several weeks.

Phillips, who remains in custody on $3 million bail, pleaded not guilty in April to murder, robbery, and other charges related to the death of 75-year-old gay man James Sheahan. Phillips, 65, was arrested in November 2017 in connection with the death of Sheahan, whose body was found August 14, 2017 in his Nob Hill apartment.

Phillips is also charged with elder abuse and fraud, two counts of first-degree residential burglary, possession of fraudulent financial documents, theft of an access (ATM) card, and felony of possession of stolen property, according to the San Francisco District Attorney's office.

Authorities allege Phillips brutally killed Sheahan with a sharp object, made it look like a suicide, and then stole thousands of dollars from him, including paintings, forged checks, and attempted cash withdrawals with Sheahan's ATM card.

During opening statements in San Francisco Superior Court, Kenney painted Phillips as a brutal killer who manipulated and took advantage of a sick, elderly man. Sheahan was suffering from Stage 4 lung cancer in the months leading up to his death.

Kenney showed the jury surveillance video from Sheahan's apartment building that showed Phillips entering and exiting the apartment multiple times on the weekend before Sheahan's body was found. Kenney said this was when Phillips was trying to cover up the murder he had just committed.

In the video, the prosecutor pointed out what he said evidence would later reveal as blood stains on Phillips' pants. The defense said the stains were consistent with many different kinds of liquids aside from blood.

The motivation behind Phillips' decision to kill Sheahan, Kenney explained, was Phillips' need for money to help his Filipino husband, Archie Arcaya Fuscablo, pay off loans, get a visa, and cover other costs. Kenney also told the jury that Phillips was in major debt to the IRS, Visa, and friends.

A week before Sheahan's death, Phillips proposed an idea to Sheahan about employing his Filipino husband as his caretaker, according to Kenney.

"This was all to satisfy his habit of a desperate love for a man in the Philippines," Kenney said during opening statements. "Mr. Phillips needed to pay for his lover's legal issues in the Philippines and to help him become a U.S. citizen."

As previously reported by the Bay Area Reporter, Phillips and Fuscablo met online and married at City Hall October 30, 2017, just weeks after Fuscablo arrived in the U.S.

Witnesses who took the stand last week confirmed that Phillips asked to borrow thousands of dollars from Sheahan in the weeks before his death.

"He asked me what I thought about the plan. I told him I had several concerns," Buckley told the court. "I didn't know anything about this person, but knew from experience caretakers must have work permits."

Buckley and Sheahan had worked together at the city's Human Services Agency.

Another witness, Mary Rose Adina, who was Sheahan's caregiver for a few weeks prior to his death, confirmed that Sheahan had later decided not to give Phillips the money.
"He said he didn't want to give him the money because he doesn't have much money," said Adina, who is employed by Reliable Caregivers.

The prosecutor also focused on the checks that Phillips had written to himself using Sheahan's checkbook. Kenney said handwriting and check forgery experts were expected to take the stand and would prove that the checks found in Phillips' Richmond district home after a search warrant was executed were forged. 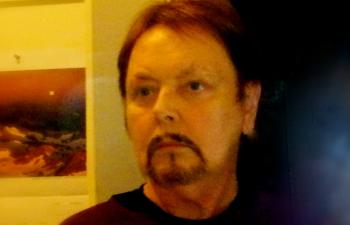 Defense
The defense painted a much different picture. Deputy Public Defender Kwixuan Maloof argued that Phillips and Sheahan were close friends, and Sheahan relied on, and trusted, Phillips with his finances. He also spoke about the lack of scientific evidence connecting Phillips to the murder.

"This was an extremely violent, bloody murder," Maloof said, emphasizing that blood was found in multiple locations throughout the apartment. "Evidence will show that no one would be able to walk in that room and not get blood on them."

Maloof argued that the only blood found to be consistent with Sheahan's blood discovered anywhere on Phillips belongings was a small stain in a Trader Joe's shopping bag that Maloof said had not been dated, meaning the blood could have gotten on the bag prior to Sheahan's death.

Two pairs of gloves were found in the apartment that investigators said were used by the killer to clean up the bloody scene. The gloves, yellow rubber and white latex, were both examined for DNA.

"Michael Phillips' DNA was not found on the rubber gloves or white latex gloves," Maloof told the jury.

A broken knife found by investigators was determined to have been used to slit Sheahan's wrist in an attempt to make the murder look like a suicide.

"Mike's DNA was not found on that knife," Maloof said.

A lighter and pack of cigarettes were also found in the apartment after Sheahan's death, and Maloof said that neither Sheahan nor Phillips smoked. DNA of a third person was found on the light and a shoestring, Maloof said.

"Someone else was there," he said.

The time of the death was also used to argue that Phillips was not the murderer.

Surveillance footage shows that Phillips last left Sheahan's apartment through the front door on Sunday, August 13, at 10:30 a.m. Sheahan was discovered and pronounced dead the next day. The public defender said because there were no maggots or flies found on Sheahan's body the day he was discovered, and that body-worn camera footage from police officers on the scene do not show anyone covering their mouth or nose, that the body did not smell, indicating that Sheahan was dead only hours before being found by first responders, not days.

Prosecutors argue that Phillips killed Sheahan on Saturday, the day Phillips was seen attempting to withdraw cash using Sheahan's ATM card, meaning the body would have been in the apartment for almost three days.

"There is circumstantial evidence that makes [Phillips] suspicious, but there is not direct evidence. He is not guilty of every single charge," Maloof said.

Neighbors also reportedly did not hear any disturbances or out of the ordinary noises on Saturday or Sunday when they were questioned by investigators, Maloof said. One neighbor did say they heard a scream and something that sounded like a brawl on Monday around 2 a.m. however, after Phillips was last seen exiting the apartment.

In response to stealing items and attempted cash withdrawals, Maloof told the jury that Phillips was gifted the paintings found in his home that belonged to Sheahan. He also said that Sheahan was still alive on the day Phillips was caught on camera withdrawing cash from the ATM, and was asked by Sheahan to withdraw the money. Phillips was unsuccessful in withdrawing cash as he did not have the correct pin number.

Adina testified that Sheahan once asked her to withdraw cash for him using his ATM card. She said she was given the pin number by Sheahan. Adina explained she was later written up by her employer for this action, and Sheahan did not ask her to do this again.

Maloof said the trial is scheduled until October 25 and that a San Francisco Police officer who arrived at the scene, a neighbor, a Sutter Health nurse who administered medicine to Sheahan, and the manager of Sheahan's apartment building are expected to take the stand.