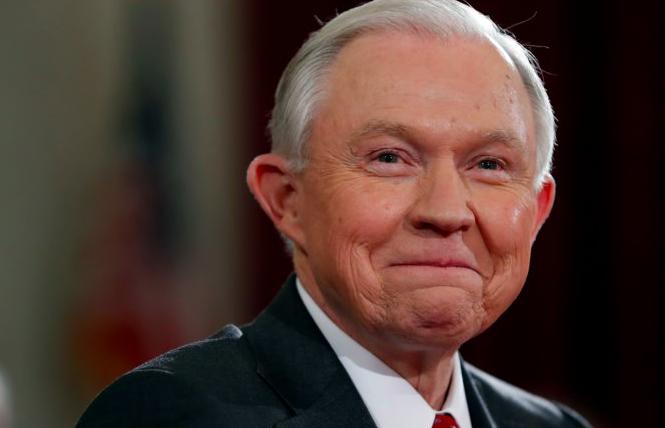 Attorney General Jeff Sessions has announced that he is creating a Religious Liberty Task Force and that the Department of Justice would "take potential burdens on one's conscience into consideration before we issue regulations or new policies."

The task force announcement came in a speech Sessions gave July 30 at a Religious Liberty Summit hosted by the Justice Department in Washington, D.C.

Sessions began his remarks by saying there was a "dangerous movement" afoot aimed at "eroding our great tradition of religious freedom."

"We have gotten to the point where courts have held that morality cannot be a basis for law; where ministers are fearful to affirm, as they understand it, holy writ from the pulpit; and where one group can actively target religious groups by labeling them a 'hate group' on the basis of their sincerely held religious beliefs," he said.

Sessions said the task force would ensure that "all Justice Department components" are upholding the "guidance" he issued last October for applying religious liberty protections under federal law.

Sessions used language that many opponents of equal rights for LGBT people have used to express their objections to allowing same-sex couples to marry or to refuse service to LGBT people in public accommodations. But he did become specific at one point - referring to the "ordeal faced so bravely by Jack Phillips."

Phillips is the Colorado baker who refused to sell a wedding cake to a same-sex couple because he said his religious beliefs oppose such marriages. Phillips won a technical victory from the U.S. Supreme Court, which ruled in June that the Colorado Civil Rights Commission had demonstrated hostility to Phillips' views on same-sex marriage. (The high court has not ruled on whether a business can refuse service to a person by claiming a religious belief that requires him or her to refuse service.)

In his speech, Sessions vowed that the department would go to court "across America to defend the rights of people of faith."

The Human Rights Campaign said the new panel is part of the Trump administration's "ongoing campaign to license discrimination against LGBTQ people in the public square."

In January, the department released a revised manual for U.S. attorneys, directing all Justice Department lawyers to immediately inform and involve the associate attorney general about any lawsuit filed against the U.S. that raises "any significant question concerning religious liberty."