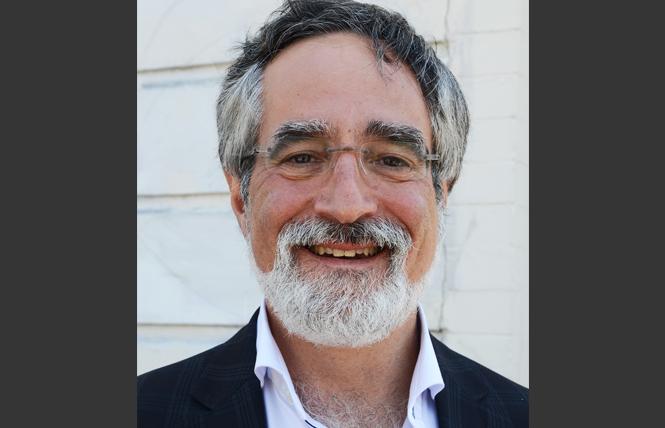 The San Francisco Board of Supervisors voted 8-3 Tuesday to ban cannabis dispensaries in Chinatown.

District 3 Supervisor Aaron Peskin sponsored the ordinance. The dense nature of Chinatown and fears of gentrification he said compelled him to seek a carve-out from the city's marijuana regulations that the board passed last December ahead of legal recreational use of cannabis.

"I was very clear in December that I'd be back," Peskin said at the board meeting.

Many Asians also have a cultural aversion to the drug, something that played out last year when the board voted against a dispensary proposal in the Sunset.

Board President Malia Cohen voted for the Chinatown exemption after initially saying she would oppose it. Cohen, who is termed out of her District 10 seat this year, is running for state Board of Equalization in November.

Peskin, whose district covers Chinatown, first introduced the legislation in May, with Supervisors Jane Kim, Ahsha Safai, Sandra Lee Fewer and Katy Tang signing on as co-sponsors. The ban was unanimously recommended earlier last month by the board's land use and transportation committee.

In a letter to the planning department, the sponsoring supervisors argued that the booming recreational and medical cannabis industry would drive up commercial and rental prices in the densely populated neighborhood, potentially causing many of the Chinese-owned and -operated businesses to be displaced.

On June 14, the Planning Commission voted 5-2 to reject the proposal. Commissioners objected to taking a piecemeal approach to cannabis regulations and emphasized the importance of having an equitable approach for all neighborhoods.

In a prepared statement emailed to the Bay Area Reporter Tuesday, Mandelman noted his "long record of supporting the right of communities to have a say in the type of development that happens in their neighborhood, going back to my days as one of then-board President Peskin's appointees to the Board of Appeals.

"And I have heard Chinatown's concerns on this issue. Cannabis carries a complicated history for the Chinese community. And I have heard the concerns around the gentrifying impact dispensaries could have on a neighborhood fighting to retain its unique character and its significant stock of affordable housing.

"But I am also keenly aware that I sit here today as the sole LGBTQ member of this body; the inheritor of decades worth of political activism by LGBTQ and cannabis activists working together to rationalize our drug laws and save lives; that I am the immediate successor of this body's first out HIV-positive supervisor, Jeff Sheehy, who spoke often about the importance of medical cannabis in saving his life and in saving the lives of countless others; and that though his body may have died earlier this year, Dennis Peron's spirit is strong in my district, and I remain and must remain true to that legacy.

"Given all that, and given my strong belief that it is long past time to bring cannabis out of the shadows and to eliminate the stigma attached to its use, and notwithstanding my great respect for Chinatown and my great personal affection for the author, I cannot support this legislation."

Mandelman said that neighbors would still have the opportunity to oppose proposals for particular cannabis businesses, with or without the ordinance approved Tuesday.

"I simply cannot vote for a blanket ban on such businesses in any portion of this city," he stated.

Brown said at the meeting that 75 percent of city voters, and the vast majority of voters in her district, supported Proposition 64, the statewide initiative that legalized adult recreational use of marijuana.

"The board worked long and hard to craft a balanced conditional use policy that respects our neighborhoods while also preventing clustering," Brown said in a statement. "This policy needs to be given time to work. It's for that reason, and because my constituents approved Prop 64 at a higher rate than any other district in the city - almost 85 percent, that I voted no."

Ronen said in a statement that she was "concerned by a legitimate threat that cannabis business could drive up commercial rents in Chinatown. However, the fact that there are no pending applications in the neighborhood and that we built protections into our carefully crafted very new law, this legislation is premature and may not be needed at all."