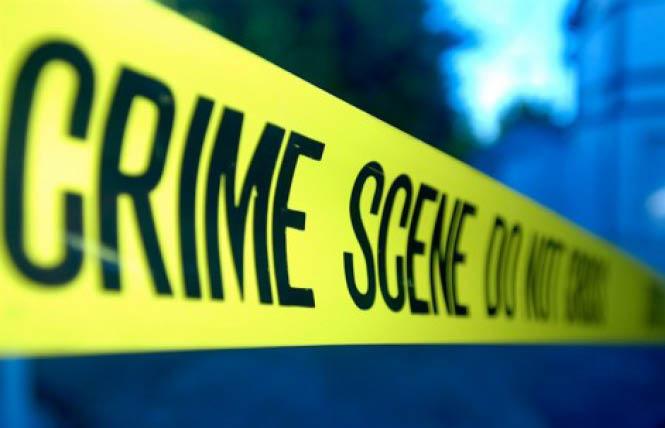 Two men were stabbed during the Pride celebration Sunday, June 24, according to San Francisco police.

A Hispanic man, 18, has been arrested in connection to one of the stabbings. It is not known if the suspect is responsible for both stabbings, Tomlinson said. The incident is still under investigation.

The stabbings occurred near Golden Gate Avenue and Hyde Street around 5:15 p.m. Sunday. Earlier in the day, around 4:30 p.m., the two victims were near portable toilets on Pride festival grounds, the location of which is unknown. They were approached by a group of six or seven Hispanic men. The men then allegedly stole property from both victims that included a backpack, cellphone, and wallet. The suspects then fled the scene.

About 45 minutes later, the group of men and the two victims ran into one another near the 200 block of Golden Gate Avenue. The victims attempted to get their stolen property back from the suspects and a physical fight ensued that ended in both victims being stabbed.

Police officers nearby, who were on duty for the festival, heard people yelling and approached the scene, at which point a suspect was arrested and taken into custody, Tomlinson said.

One victim, 19, suffered a stab wound to his abdomen and two stab wounds to his leg. The other victim, 20, was stabbed twice in the back, according to the SFPD daily log.

"We don't believe this is gang related, and it is not being looked at as a hate crime," Tomlinson told the Bay Area Reporter Monday.

It is not known if the two victims are members of the LGBT community. Tomlinson could not confirm if either the suspects or victims were festivalgoers or had gone through security, although the scene of the alleged attack was on festival grounds. In order to gain entry into festival grounds, all attendees were required to go through safety screenings, which included a bag check and a walk through a metal detector or screenings with handheld wands.

San Francisco Pride officials did not respond to a request for comment.

Formal safety screenings were instituted at the SF Pride celebration two years ago following the June 12, 2016 massacre at Pulse nightclub in Orlando, Florida, where 49 mostly LGBT people of color died in one of the nation's deadliest mass shootings.

Aside from the stabbings, Tomlinson said Pride was relatively tame.

"This year's celebration was less violent than it has been in previous years," he said.

Another incident that occurred during the Pride festival included a brawl that broke out near the Pride headliner and hip-hop artist Kehlani's set at Civic Center Plaza during the festivities on Sunday, June 24. A video has been circulating on various social media outlets of a fight that involved multiple people.

Navdeep Thind, a student at Diablo Valley College, who captured the incident on his cellphone, told the San Francisco Chronicle that he heard from others that the brawl started after one festivalgoer asked another what time Kelanhi's set started and the person responded rudely. The fight snowballed from there. The video shows punches thrown, hair being pulled, and people smashing people's faces on the ground.

The fight was broken up after seven minutes and no arrests were made, according to the Chronicle.

Other incidents that happened near the Pride festival over the weekend include on Sunday. around noon, a 34-year-old Hispanic male was struck in the face by an African-American male in his 30s or 40s near Eighth and Market streets. The suspect stole the victim's cellphone then fled on foot, according to the SFPD daily log.

Also on Sunday, around 2:15 a.m., an African-American male, 25, was assaulted and had his cellphone stolen by four African-Americans, ages 25 to 30, near Ellis and Hyde streets.