SFPD may have a break in 'Doodler' cold case 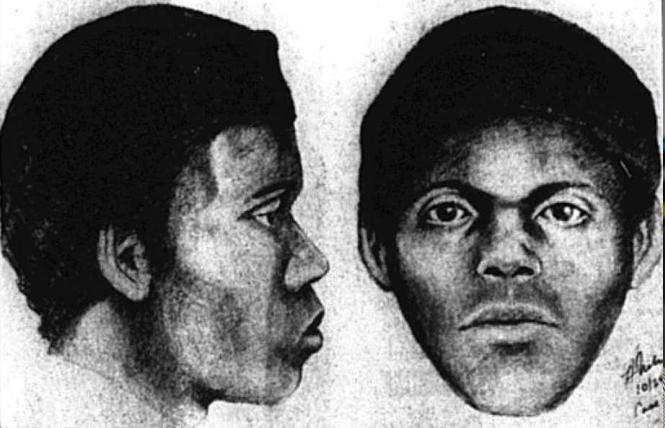 San Francisco police may have a suspect in the cold case involving the serial killer known as the "Doodler," who preyed on gay men in the mid-1970s, but the department would only say it is "actively" working the case.

A CNN article was published June 20 in which San Francisco Police Department Homicide Inspector Dan Cunningham, who is the lead on the investigation, said he has a suspect in the case.

"We have a suspect in the assault that spawned the sketch," Cunningham told CNN of a sketch of the killer released decades ago.

However, Cunningham refuted his CNN remarks to the Bay Area Reporter Sunday, June 24, saying there is not a suspect just yet, but that he and another detective are investigating the case.

"We are seeing what can be done. What testing can be done, but we don't have a suspect," Cunningham told the B.A.R.

A day after the CNN article was published, SFPD released a statement also saying there is nothing new to report in the cold case.

"The CNN article regarding the Doodler caused interest in this cold case. Contrary to rumors this morning, there are NO new developments and there is NO press conference scheduled," read a statement released by SFPD spokesman Officer Michael Andraychak.

Cunningham did confirm to the B.A.R. he is investigating five specific murders that the Doodler may be responsible for, though he is still putting the pieces together.

"We are looking into these murders, but at this time we can't connect them yet to the Doodler," Cunningham told the B.A.R.

The homicide inspector said he is also trying to track down victims, who may or may not be alive, who survived assaults by an attacker who may be the Doodler.

Three victims who somehow managed to escape attacks by the Doodler nearly four decades ago - a Hollywood entertainer, a European diplomat, and another man who did not return police phone calls - provided police with descriptions of their attacker at the time of their assaults. One victim's description led to the initial sketch of the Doodler. It's the suspect in this victim's assault that Cunningham is focusing on.

But Cunningham still needs to do more investigating before a suspect can be officially confirmed.

On June 21, SFPD sent out a news release confirming that the homicide/cold case unit is specifically looking into the murders of five gay, white males whose bodies were found either on local beaches or in Golden Gate Park in the late 1970s.

A "new forensic sketch that shows an 'age progression' of the suspect has been created," the news release also stated, but SFPD are not releasing it at this time. If the Doodler is alive, he would be in his 60s, Cunningham told CNN.

Cunningham is hoping that with the use of modern forensic technology, the SFPD crime lab may be able to extract DNA from evidence gathered at two Doodler crime scenes at the time of the murders.

The Doodler is one of San Francisco's most infamous cold cases. According to Cunningham, 16 gay men were killed in an 18-month period in San Francisco in the 1970s. It is believed by initial detectives on the case that the Doodler is responsible for killing at least five people and as many as 14 between January 1974 and September 1975.

He would target gay men in the Castro district and other places, luring them into sexual encounters then murdering them and leaving their bodies in parks and beaches around the city.

He got the Doodler nickname after one of the victims who survived an attack provided information to police that the suspect said he was a cartoonist and the suspect was doodling while conversing with the victim in a late night diner, according to an SFPD news release.

Cold cases are heating up with the use of modern forensic science. In April, the long hunt for the Golden Gate Killer finally lead to an arrest. Joseph James DeAngelo Jr., 72, a former police officer, was charged with eight counts of murder after connections made with DNA testing. He is believed to be the Golden Gate Killer who is responsible for more than 50 rapes and 12 murders throughout California.