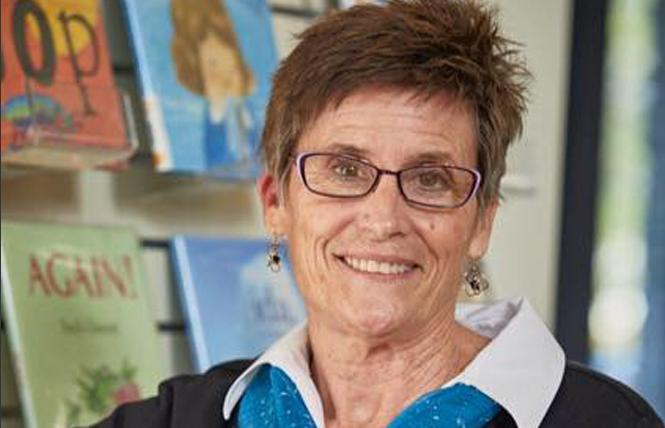 She will succeed lesbian San Mateo County Superintendent of Schools Anne E. Campbell and be the highest-ranking out official in the county. After serving two four-year terms in the position, Campbell opted not to seek re-election.

"It was amazingly close. I am thrilled with the outcome and preparing to take on this big job," Magee told the Bay Area Reporter.

Peninsula voters elected Magee over her gay opponent, Gary Waddell, Ph.D., in a squeaker of a race. On Election Night Magee had been in second place, but two weeks later had edged past Waddell to take the top spot.

Her hold on first place strengthened last Wednesday, June 20, when elections officials posted a new vote count. She won the race by 1,157 votes.

He called Magee that evening to congratulate her on her victory. In a concession note he posted to Facebook, he thanked his supporters and pledged to assist Magee in overseeing the county education office.

Waddell told the B.A.R. that he has yet to make any decisions about his future employment plans. He noted he was proud to seek office as an openly gay candidate highlighting the needs of LGBTQ and other disadvantaged youth.

In his concession statement, he noted that he and Magee are closely aligned on many education issues.

"While campaigns are largely about highlighting differences between candidates, Nancy and I agree on much more than we disagree," he wrote. "We both believe in the importance of student voice, of innovative approaches to education, and of building a county office of education that is forward-thinking and makes an impact in the lives of children and families. I will do everything in my power to assist Nancy in accomplishing these goals."

Campbell is expected to serve out the remainder of her term through the end of the year. Once she determines a retirement date, Magee told the B.A.R. she would schedule her swearing-in date.