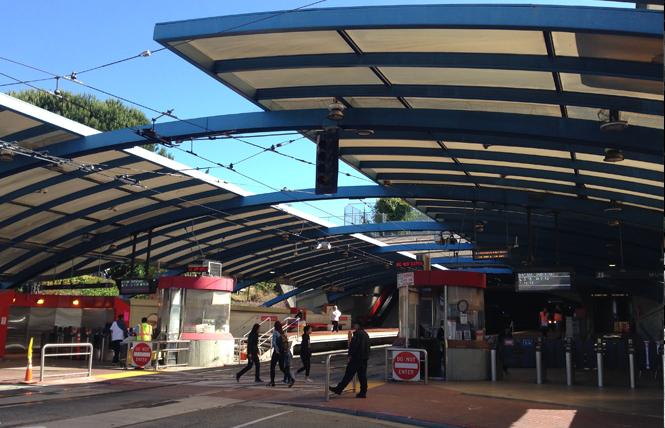 The San Francisco Municipal Transportation Agency this week began its two-month closure of the Twin Peaks Tunnel, meaning there is no train service at West Portal and Forest Hill stations for much of the summer.

SFMTA announced that buses will run in place of the M-Ocean View and L-Taraval train lines. K-Ingleside trains will run a shorter route between Sloat/St. Francis and Balboa Park. There will be no K, L, or M trains running in the Muni Metro. The shutdown began Monday, June 25.

SFMTA officials said in a news release that the Twin Peaks Tunnel is in need of extensive interior work to continue to operate safely and reliably for years to come. Work will be done on the tunnel's infrastructure, including the tracks, walls, and drainage systems. Seismic reinforcements are also needed, the agency stated.

To learn more about the project, there is a video at https://www.youtube.com/watch?v=stUO9PXPGFk.

Berkeley Marina hosts July 4 fireworks
The Berkeley Marina will hold its July 4 party from noon to 10 p.m. next Wednesday. There will be family fun in an alcohol-free environment culminating with fireworks over the bay.

Adventure Playground, where kids ride a zip line or use hammers, nails, saws, and paint with parental supervision is free and open until 8. There will also be a photo booth, and Berkeley Canoe Racing Club will give free dragon boat rides from noon to 5 p.m. People can also bring a kite and fly it at the Cesar Chavez Kite Park.

Live entertainment will delight kids and adults alike, and there will be dancing.
The fireworks will begin at 9:35. Viewing is best along Frontage Drive south of the Berkeley Pier or from Hs Lordship's parking lot.

Vehicle parking at the marina is $20 for the day ($50 for large vehicles). Public transit options are also available. Details are at www.anotherbullwinkleshow.com.

Point scholars announced
The Point Foundation has announced its 2018 scholarship recipients. The 20 LGBTQ students were chosen to be Point scholars from more than 2,000 applicants.

"Point's diverse class of scholarship recipients give us hope and make us proud," Jorge Valencia, executive director and CEO of the Point Foundation, said in a news release. "These young leaders are determined to make our nation and our world a much better place than it is today."

The recipients also represent the diversity of the LGBTQ community. According to stats compiled by the foundation, 70 percent identify as people of color or bi/multiracial; 60 percent other than male; 55 percent as bi, polysexual, or queer; 45 percent as transgender or gender nonconforming; and 35 percent first-generation college students.

For more on the Point Foundation, visit http://www.pointfoundation.org.

Ed Lee film project is crowdfunding
The Chinese Historical Society of America has started a GoFundMe page to raise money for an hourlong documentary on the late San Francisco mayor Ed Lee.

According to a news release, CHSA is partnering with Bay Area television producer and Emmy-winner Rick Quan to produce the film, which has the support of Lee's family.

CHSA is a nonprofit and the oldest organization in the country dedicated to the preservation of the history and contributions of Chinese-Americans in the U.S.

The film, with the working title, "Ed Lee: The People's Mayor," is projected to be completed in the fall of 2018.

Producers hope to raise a minimum of $50,000 to fund the project, and already have reached nearly $11,000. Donations are tax-deductible and can be made at https://www.gofundme.com/mayoredlee.