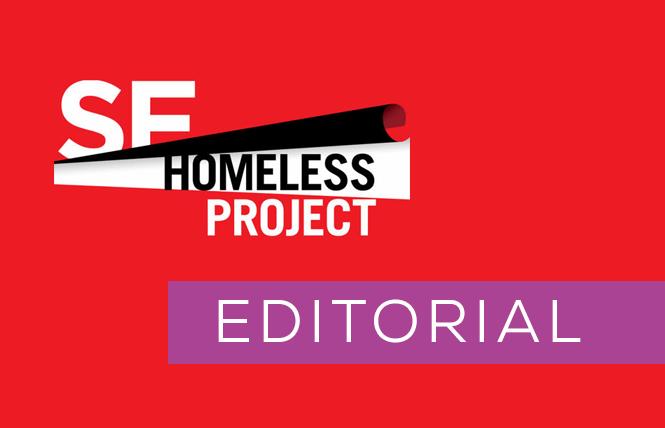 The rejection of Proposition D by voters earlier this month left homelessness and housing services unfunded by $40 million. And, while voters approved Proposition F, which called for legal services to support tenants facing eviction, there was no funding source identified for it.

On Monday, June 25, Mayor-elect London Breed, who's stepping down this week as president of the Board of Supervisors, and District 10 Supervisor Malia Cohen, announced a proposed rebalancing plan that includes money for these services, as well as rapid housing for adults and transitional age youth. Breed and Cohen's plan draws on funds from the state's proposed budget, currently under the governor's consideration, to support housing and homeless services, coupled with newly identified recent reductions in retiree health costs approved by the Health Service System Board earlier this month. The total is about $14.1 million for the 2018-19 fiscal year, and $29.2 million for the 2019-20 fiscal year, according to a letter sent to the board by Breed and Cohen.

Transitional age youth include many LGBTQs, as they age out of the foster care system or are drawn to San Francisco after experiencing discrimination elsewhere. The city must move forward with this Navigation Center, as it will provide a critical safe space while these young people seek permanent housing and contact with social service providers.

This week, the Bay Area Reporter is partnering with the San Francisco Chronicle and many other media outlets in the San Francisco Homeless Project, a daylong blitz of coverage on the homelessness issue, which has vexed the city for decades.

We urge the full board to approve this rebalancing, so that homeless services can continue to receive funding, especially those programs that target youth and young adults.

An abysmal travel ban ruling
We're not surprised that the U.S. Supreme Court ruled 5-4 Tuesday to uphold President Donald Trump's travel ban that barred travelers from several majority-Muslim countries. Since the Senate confirmed Neil Gorsuch to the high court last year - after Senate Majority Leader Mitch McConnell (R-Kentucky) refused to allow a vote on former President Barack Obama's nominee to replace the late Antonin Scalia - we braced for these terrible rulings. Tuesday's decision, along with one that allows faith-based pregnancy centers to hide behind the First Amendment in refusing to provide abortion information under a California disclosure law, proved how one appointee can shift the balance of the court.

Of course, Trump claimed total vindication after the decision was announced. But make no mistake, Trump's racist, isolationist world view, which spawned the travel ban in the first place, is a major blow to LGBTQ people seeking asylum here from dangerous conditions in those majority-Muslim and other countries.

"This is a dark day for the United States, as shameful as the internment of Japanese-Americans and the doors slammed shut to Jewish refugees fleeing Nazi Germany," Rachel Tiven, CEO of Lambda Legal Defense and Education Fund, said in a statement.

The latest iteration of the ban affects several countries: Venezuela, North Korea, and the majority-Muslim Iran, Libya, Syria, Yemen, and Somalia. While the restrictions vary per country, the ban prohibits their citizens from immigrating to the U.S., and many are barred from working, studying, or visiting family here, Lambda Legal stated.

The court's decision will only embolden Trump to act more cruelly. Last week, he faced intense pressure to end his administration's decision to separate children from their parents when entering the country through the southern border. Images of crying toddlers and children kept in cage-like detention centers sparked outrage on both sides of the political aisle. Now, with Trump able to block people from the listed countries, we can expect stepped up screenings at airports and other ports of entry, and increased hassles from immigration authorities.

The travel ban does, as Lambda Legal said, threaten America's core values. And it will frighten many people, which is exactly what the president and his supporters want; just as separating children from their parents scares those fleeing horrendous situations in Central America for the chance at a better life here. Likewise, the travel ban will separate families, but permanently, and, in the case of those who are persecuted, like LGBTs, create a long, uncertain, and demoralizing path forward that will now likely exclude the U.S. This is wrong, and not the principles our country was founded upon.