Guest Opinion: Visibility is our superpower 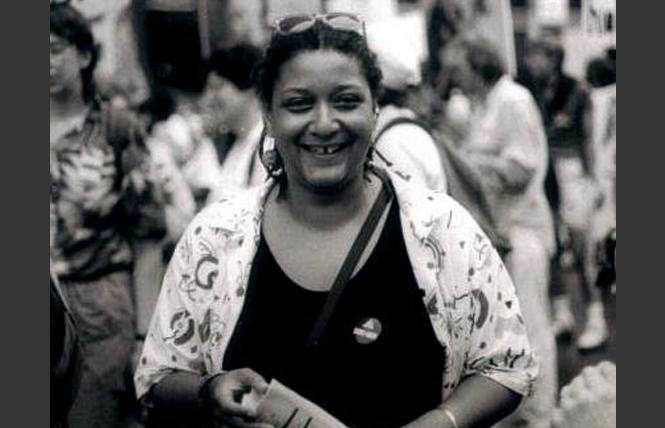 This year I have the honor of being the lifetime achievement grand marshal for the San Francisco Pride parade. I haven't missed a Pride parade since I moved to California 25 years ago.

To many queer people it's just a good time in the sun; to others it's irrelevant or an embarrassment. Some don't understand why we need a parade - or a march as it's called back east. They think it doesn't meet the need of social change directly enough or it gives the right wing images to use against us. When African-Americans can be shot dead in the street by police and women (mostly) can be harassed simply for trying to work at a job or walk down the street - why is a gay parade important? Now, I wouldn't trade a minute or mile for a bucket of bitcoin but the parade route was not always smooth for me. And the answer to that question didn't come easily.

I'd marched for black civil rights before I left my hometown, Boston, and moved to New York City in 1971. But in such an erotophobic culture a gay march was a frightening prospect; living and working in New York City was already shock enough. I'd only been on an airplane once in my life; I'd never lived on my own; and worst of all: my one female lover was left back home ... with her new husband.

But I became friends with a couple of white feminists so I got to share an apartment in the West Village. I could walk out the door at any time and be in the heart of gayness! Yet, I was so shy and anxious I was barely able to go into the Oscar Wilde Memorial Bookshop.

I lived so close to the Pride March route the cheers tantalized me through the windows. I agonized but as much as I pushed, I wouldn't go past my door. I was paralyzed with fear - would I be the only person of color? How many lesbians were there, really?

The following year I determined, no matter what, I'd go out to the street. I'd watch from the sidewalk just as most New Yorkers did. So I found a sunny spot and tried to look inconspicuous - which was not that easy in the 1970s for a plump woman of color with an afro in the very white and sleek West Village. I was moved as the marchers sang and danced their way down the avenue. Their fierceness was so thrilling, this time I was paralyzed with joy.

Then, I saw people marching with brown paper bags over their heads; eyes and mouths were cut out but their identities were concealed. They were teachers from public schools determined to be part of the movement. They banged cans and tambourines with a solemn pride that was devastating and inspiring. I held onto a streetlamp as if I'd been punched realizing that these were people willing to risk everything. All they needed was for one administrator or neighbor to recognize something random - a wristwatch or a T-shirt, for example, and they were toast.

I wiped away my tears with a handkerchief my grandmother had provided as a going away gift and then I did something that changed my life: I stepped into the street, wading into the wave of people surging down the avenue. In that moment I felt the danger and the liberation of being on the street. Those teachers were in the same tradition of folks who'd been protesting injustice since the first tea was dumped into Boston Harbor. They saw a need and filled it the best way they could - by putting their bodies on the line.

Now, when I'm at the Pride parade here in San Francisco, the variety of contingents is dazzling and, most importantly, it's a place where all the issues come together. We have queer folks who are part of Black Lives Matter and #MeToo just like we were part of the civil rights and black power movements. And rather than seeing the movements as competitive, we are a unifying force for human rights. We are testament to the truth - whether we fear deportation, are the objects of vile presidential tweets, or we can't get a cake for our wedding, all our oppressions are connected.

Now I understand why it was crucial that I stepped off that sidewalk. Tattooed dykes in fry boots, leather, and bustiers; gay men in high heels, balloons, and feathers; or trans teens in any one or all of the above - visibility is one of our superpowers.

We're out there in the sun, in front of the world for the sake of that isolated, terrified, queer person (young or old) who thinks they're alone; who's too afraid to come out of their apartment, their village, or their own anxiety and step into the stream of an authentic life. We all choose to be in the same parade, whether or not we agree with each other on every point, to show we are not alone. As a lesbian/feminist I believe that, like a parade or a march, we must personally always move toward something - together; toward social change that makes the world a better place for everyone. Parading is our life's work.

Jewelle Gomez is the author of seven books, including the double Lambda Literary Award-winning vampire novel, "The Gilda Stories."