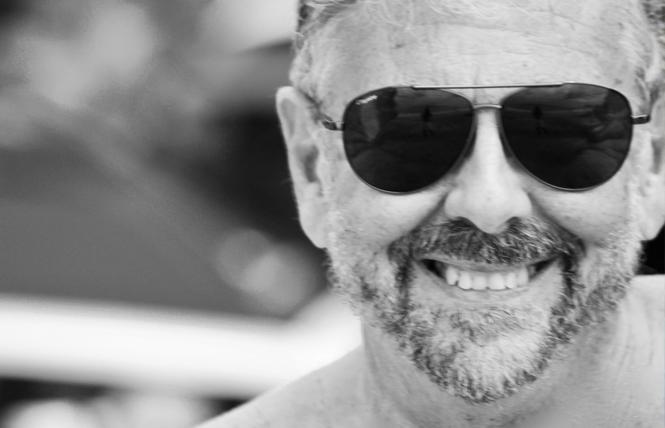 A gay man collapsed and died Sunday, June 10, while participating in Flagging in the Park at San Francisco's Golden Gate Park.

At least two people in the flagging group performed CPR on Mr. Catanoso. After medical personnel took him away, the other flaggers formed a large circle, held hands, and someone led a prayer, according to photos posted on social media.

Xavier Caylor, one of the production members of Flagging in the Park, said in a Facebook post that the team released a statement following Mr. Catanoso's death.

"We want to share our warmest gratitude with all who attended our most recent Flagging in the Park event last Sunday. We especially honor you for your love and commitment expressed when the most tragically unexpected happened: a member of our community passed during the event," the message stated. "It has shocked and saddened us all. Now we seek to turn sadness into understanding, and fear into love. A situation such as this is a vivid reminder to appreciate every moment we have, and to take care of one another along this journey."

The message stated that organizers are "evaluating ways to improve our broader preparedness should any urgent personal needs arise at our FITP events in the future."

Local resident Mark Abramson posted on Facebook that he had plans to meet Mr. Catanoso last Tuesday for a drink, and later realized that the man who had died at the park was his acquaintance. The two men did not know each other well; Abramson said that he had first met him last June when Mr. Catanoso wanted him to autograph some of his books.

"If I could see him one more time I would try to make him laugh, I guess. I'd tell him, 'Some people will do just about anything to get out of buying me a drink!'" Abramson posted on Facebook. "I hope his friends who know him lots better than I do approve of my remembering him with a laugh and join me in raising a glass in his honor."

Mr. Catanoso was originally from Wildwood Crest, New Jersey but in recent years called Kihei, Hawaii on Maui his home.

In New Jersey, Mr. Catanoso attended Phillip Baker Elementary School and Wildwood Catholic High School. Friends said that he was always fun-loving and dreamed early in his life to live in Hawaii, which he eventually did.

Mr. Catanoso attended Marylhurst University in Oregon, where he majored in human communications.

Mr. Catanoso resided in Portland, Oregon and Carlsbad, California while he was employed by Siltronic, where he was the company's silicon crystal and wafer manufacturing supervisor and sales account manager. He retired in his late 50s.

By this time, according to an obituary by his cousin, Marlene Catanoso, he had purchased a condo on the beach in Kihei and could speak Hawaiian like a native.

"He loved fine wine, good food, the theater, he never missed a movie, loved music and dance - boy, could he dance," Marlene Catanoso wrote. "He was passionate about the ocean and spent every minute possible diving, swimming or surfing. He was a great listener, terrific storyteller and the best friend anyone could have."

He also loved to travel the world and was especially fond of his Italian heritage. Mr. Catanoso spent countless weeks in Calabria, Italy where he developed a close relationship with his Italian cousins.

Plans for a memorial are pending.