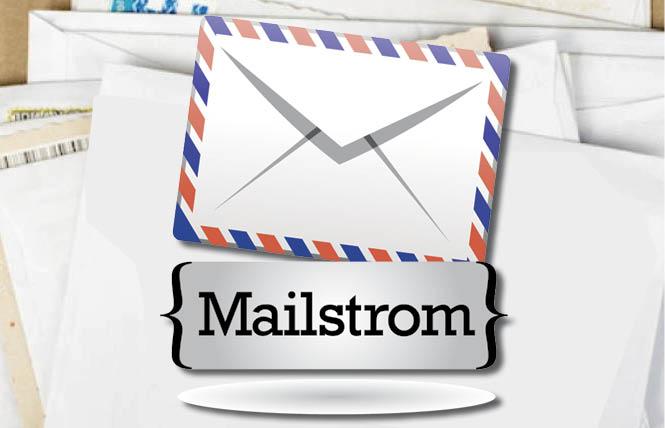 The problem with AB 2943
Assembly Bill 2943 currently gestating in the Legislature would classify "conversion therapy" as a false business practice, creating a standing to sue in California courts to create monetary damages for anyone to sue who perceives a mental health professional is offering such treatment ["Chiu, target of EQCA blast, backs conversion therapy ban," April 5].

Certainly many gay and lesbian individuals have been harmed by ignorant and prejudicial mental health professionals, and it took decades for the research of Evelyn Hooker, Ph.D., to trickle down through the mental health community that a person could be both gay and "well adjusted." Therein lies the flaw in this bill: a grown mature consenting adult who legitimately seeks conversion treatment is not well adjusted.

A couple years ago, the Legislature ripped up patient privilege and made therapists mandated reporters. Today, if an individual has compulsions to consume child pornography and approaches a therapist for help (most such individuals are disgusted at themselves), the therapist is required to turn his/her patient in or risk criminal prosecution. This bright ideal landed with a thud: consumption of child pornography increased due to perceived lack of access to treatment.

The outcome of many attempts at so-called conversion therapy is, of course, nonconversion. That's a good thing: Individuals who feel unhappy and then start talking about it start to face their own self-imposed and socially-learned entrapment. Some of the riskiest and most self-destructive sexual behavior is done by those who won't be honest with themselves. Getting their foot in the door, they come to learn that conversion might not be what they are searching for after all. Advertising "conversion" is really advertising hope. Any modern mental health professional worth his/her salt knows the patient is not going to "convert." He/she is going to learn to be well-adjusted.

Mental health professionals (whose job is literally to play with your mind) engage in false advertising all the time - witness the myriad online consultations to obtain a robo-signed certificate for emotional support animal therapy. You don't see the Legislature criminalizing them. I recently confronted a yapping dog permitted in the apartment of an individual with "medical necessity" permit to treat debilitating anxiety. If the medical profession still doesn't know how the human body and most medications actually work, how can the Legislature?

It's one thing to support civil liberties. It's another to restrict them out of arrogance.

Marriage equality leaves out poly people
I'm a bit sorry to bring this up, since reading something as politically incorrect in the Bay Area Reporter as Michael Colbruno's frustration with tribalist language and wistful evocation of an African tribe that had just one word for "people" comes as a kind of a breath of fresh air even when I don't fully agree with him ["Why I left East Bay Stonewall board," Guest Opinion, March 22]. (When transgender people are still very much fighting to overcome widespread legal and social oppression, using people's preferred pronouns isn't just good manners, it's an act of political solidarity with that struggle.)

Nevertheless, Colbruno's assertion that all is well with marriage equality, now that "anyone who can marry is (theoretically) equal under the law and can use the same terms" shouldn't go unchallenged.

That's because even in San Francisco in 2018, polyamorous people are still denied the legal equality of being able to marry their partners, just because the marriage would include more than two people. Unless you're for poly-marriage equality, you're not for true marriage equality, and that fight isn't over until poly people can legally marry and form families as readily as monogamous couples.

In citing some of Lambda Legal Defense and Education Fund's 45 years of work on behalf of LGBTs and people with HIV/AIDS, you mentioned Jamie Nabozny's 1995 case against his Wisconsin school district. The district, rather than protecting Nabozny from anti-LGBT bullying and violence requiring surgery, told him he should expect this if he were gay, and Nabozny eventually dropped out. In 27 annual San Francisco fundraising events featuring Lambda Legal's diverse group of plaintiffs, Nabozny's appearance at the San Francisco City Club in 1996 stands out uniquely as a moment both of making a difference globally, and San Francisco coming together to make its own unique difference in the life of this one person.

In winning Nabozny's case, Lambda Legal attorney Jon Davidson and other lawyers won a settlement of almost $1 million (the school district insisted on a settlement of slightly less than that level as it hoped not to get publicity as a million-dollar damages award) and an agreement that the district would engage in training, etc. The National Center for Lesbian Rights, and its pro bono attorney, Jim Emery; UCSF Child and Adolescent Gender Center mental health director Diane Ehrensaft; and others went on to win similar victories - including on behalf of lesbian and gay students nearby us in Morgan Hill.

But the other thing the Wisconsin school district refused to do was grant Nabozny the high school diploma he had earned after dropping out of school and pursuing his own GED. At the Lambda Legal annual fundraiser, San Francisco's school board and superintendent granted Nabozny an actual San Francisco high school diploma, and the city threw Nabozny and his family the high school graduation party he never had, with Cheer SF cheerleaders performing as a glee club of entertainment and congratulations. You can be sure, there was not a dry eye in the somewhat staid and very historic SF City Club that night. The Bay Area Reporter was there and reported the story. Fights never end, and now include transgender plaintiffs like Ryan Karnoski at Lambda Legal's April 20 reception, but there are victorious moments when we all make a big difference globally, locally and personally.

Thank you, B.A.R., and all who make this work possible.

So long, Richard Dodds
Ah geez, that was such a bummer to read that Bay Area Reporter theater critic, Richard Dodds, would be packin' it up and leaving San Francisco ["LGBT time travel," March 29]. I lived in New Orleans back in the last century, when his byline was in our daily paper, the Times-Picayune. And then, by coincidence, I'd moved to San Francisco just about the same time he came here and started writing for the B.A.R. So that meant over three decades of reading his columns religiously and relying on his thoughts many times to go check out some local production that might not have already caught my eye to add to the to-do list.

I go see about a hundred shows every year, and they're certainly not all winners - but I could always depend on Dodds' reviews to help me make sure not to miss a lot of real gems.

Always insightful, always clever, and so often, so funny. And, never too mean or too harsh on some various shortcomings, but yet, honest and not just blowin' unearned praises - the perfect critic to me. Good luck on your move to the desert, my old friend - you will be missed.