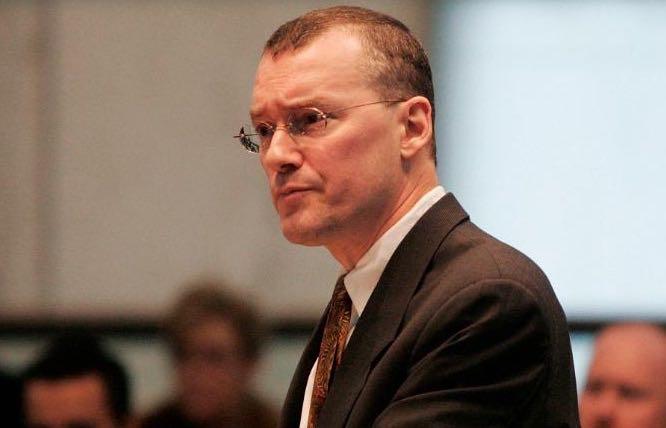 Well-known former Lambda Legal Defense and Education attorney David Buckel was found dead in a public park in Brooklyn, New York, Saturday, April 14, having apparently taken his own life by setting himself on fire in protest over the use of fossil fuels.

Mr. Buckel was on the staff of Lambda Legal, a national LGBT legal defense and education group, for more than a dozen years before he retired in 2008. For several of those years, he served as coordinator for its national marriage equality project. He also served as attorney on a number of high profile cases, including those involving Jamie Nabozny, James Dale, and Brandon Teena.

Mr. Buckel, 60, left the agency about 10 years ago and has been serving as senior organics recovery coordinator for the New York City Compost Project, hosted by Brooklyn Botanic Garden. The botanic gardens website included one article by Mr. Buckel, from 2016, that discussed the effort to compost the city's garbage. The Solid Waste Association of North America spotlighted his work managing "the United States' largest community composting site that is run entirely on renewable energy."

"This is a tragic loss for our Lambda Legal family and for the social justice movement," said Taylor in a statement. "Our hearts go out to all who knew him. David was a beautiful human being who was universally kind to everyone at Lambda Legal, committed to his clients, and devoted to our work."

The Park Slope Patch reported that Mr. Buckel's body was found in Prospect Park in Brooklyn Saturday morning at 6:15 a.m. by firefighters responding to an alarm. The New York Daily News reported that a suicide note found at the scene in an envelope labeled "For the police" said: "My name is David Buckel and I just killed myself by fire as a protest suicide. I apologize to you for the mess." The News said Mr. Buckel's business card was stapled to the note and left behind a "longer, neatly typed explanation" of his apparent self-immolation.

The News said the envelope with the note was found inside a garbage bag, which was placed in a shopping cart that was found near Mr. Buckel's body. It said the longer note said Mr. Buckel hoped his suicide "might bring some attention to the need for expanded actions, and help others give a voice to our home, and Earth is heard."

As a Lambda Legal staff attorney in 1993, Mr. Buckel represented the mother of Brandon Teena, a trans man who was raped and murdered in Nebraska. He later represented the victims of a number of other LGBT people brutally attacked in hate crimes. Three years later, Mr. Buckel was pressing a case against a Wisconsin school district that failed to protect gay student Jamie Nabozny from bullying. He won a $900,000 damages award.

"David was so earnest and caring, hardworking and dedicated, a truly good person," said Wolfson. "He worked with me on the Boy Scouts case, helping organize amici [briefs], and many other cases, and was a friend as well as a colleague over a couple decades."

In 2006, he testified on behalf of Lambda Legal before the New Jersey Assembly's Judiciary Committee, urging members to oppose a bill that sought to establish civil unions, instead of marriage equality, for same-sex couples.

"It's very sad," gay San Francisco attorney and Lambda Legal supporter Charlie Spiegel wrote in an email to the Bay Area Reporter, adding that Mr. Buckel had spoken at agency events in the city.

As coordinator for Lambda Legal's marriage project, Mr. Buckel spoke out in 2002 against a bill seeking to amend the U.S. Constitution to ban marriage for same-sex couples.

Mr. Buckel is survived by Terry Kaelber, his partner of nearly 34 years.