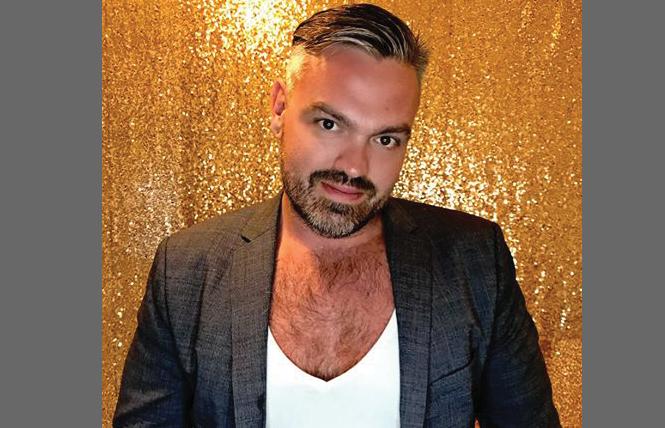 "This legislation will harm sex worker safety by restricting advertising and forcing us deeper underground," longtime sex-worker activist Carol Leigh told the Bay Area Reporter. "The most vulnerable - like people of color and transgender people - will be the most arrested."

SESTA/FOSTA, as it is known, which President Donald Trump signed Wednesday, will make websites, social media networks, and other online platforms liable for user content related to sex trafficking, to be applied retroactively. It enables state law enforcement to go after those accused of facilitating trafficking, and allows victims to sue for damages. The maximum penalty is a 25-year federal prison sentence.

The legislation undermines Section 230 of the Communications Decency Act of 1996, which largely shields internet platforms from liability for content posted by users. Companies from Craigslist to Facebook to the Internet Archive rely on this legal protection when hosting third-party content.

The law's definition of facilitation "is so open to interpretation that it could include critical harm reduction and anti-violence tactics that sex workers depend on to survive," according to the American Civil Liberties Union.

Critics say the law could have a chilling effect on sexual content overall, especially content related to stigmatized sexualities.

"I'm very concerned that the massive increase in liability will force online platforms to err on the side of caution, censoring a lot of innocent people in the process," Electronic Frontier Foundation Executive Director Cindy Cohn told the B.A.R. "When platforms clamp down on their users' speech, marginalized voices are often silenced disproportionately. SESTA/FOSTA is likely to make the internet a less inclusive place, and that hurts all of us."

Some sex workers say the legislation will prevent them from using online platforms to find, screen, and negotiate with clients.

"By pressuring and shutting down online forums, laws like this will perversely put sex workers at greater risk of harm and abuse by driving many of us into riskier work on the streets," said Starchild, an escort and outreach director for the Libertarian Party of San Francisco who goes by one name. "SESTA and FOSTA expand the legislative tools in the government's arsenal to go after, not just, advertising, but online resources, including safety and educational sites used by sex workers."

Sex workers who run their own websites could also be affected.

"I have had my own website for six years, so I ask inquiring clients to go there, but I do worry that this act could cause hosting platforms, and website builders, to start shutting down sites such as mine," escort and sex coach Lance Navarro told the B.A.R. "While this act had some good intentions, it is deeply troubling that the impact it would have on consensual sex workers didn't seem to matter."

The legislation's effect extends to platforms not focused on sex work that do not want to police their users' communication or risk liability if commercial sex content slips through.

On March 23, the popular classified ad site Craigslist removed all its personal ads, which catered to people of every sexual orientation seeking everything from casual sex to long-term relationships.

"Any tool or service can be misused," says a statement that now appears in place of the ads. "We can't take such risk without jeopardizing all our other services, so we are regretfully taking Craigslist personals offline. Hopefully, we can bring them back some day."

Some people were dismayed by the development.

"My home glory hole stands idle and lonely since Craigslist banned personal ads for no-strings-attached hookups," gay activist Michael Petrelis said. "The wellness gained from giving men an online meeting place to get sexual release and healing is lost, and that harms our community's overall mental and physical health."

Anti-trafficking groups came down on both sides of the issue. One anti-trafficking coalition, Freedom Network USA, said getting rid of online sex ads would remove one of the main ways of identifying trafficking victims and could drive trafficking further underground. But another coalition, World Without Exploitation, supports the bill, saying traffickers were hiding behind Section 230 of the decency act.

On April 6, before SESTA/FOSTA went into effect, federal law enforcement agents seized the widely used http://www.Backpage.com website - one of the main targets of the legislation - and raided the Arizona homes of site founders Michael Lacey and Jim Larkin, according to news reports.

Backpage was previously prosecuted in California, and other states, but courts ruled that the site was protected by the CDA provision, which was part of the impetus for SESTA/FOSTA.

"SESTA/FOSTA was originally proposed as an anti-trafficking bill, but the bill that was passed targets consensual sex work," Mike Stabile, communications director of the Free Speech Coalition, told the B.A.R.

"Any site - whether a social network like Twitter, a dating app like Grindr, or a community like Fetlife - now has to police the words of its members," Stabile continued. "It moves sex work into the same category that homosexuality itself was in the 1950s: merely talking about it could be perceived as facilitating it, promoting it, or encouraging it - thus making it prosecutable."