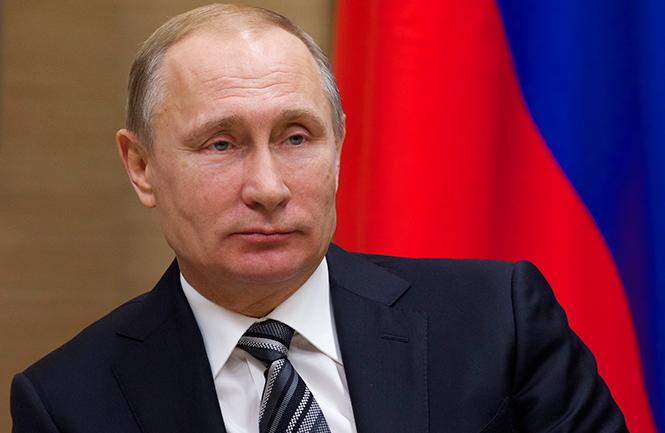 Yet, the Washington Post reported, LGBT Russians likely will continue to live their lives in silence as long as Putin continues to reign as the country's leader.

Average Russians expressed to the BBC that Putin equals stability. Those who lived through the 1990s and the fall of communism fear the chaos and the strife that ensued. To them, Putin is a stabilizing force that is preferred to the unknown of what would happen under a new leader.

At a weekly LGBT support group in Perm, about 15 people told the Post that the anti-homosexual propaganda act passed by Putin in 2013 made their lives harder. One person said they go out of their way to appear straight in public and that they fear saying the word "gay." Their support group was raided by police two years ago, and the group can't apply for Western grants for fear of being labeled a "foreign agent."

Studies show that hate crimes against LGBTs in Russia have doubled since the passage of the 2013 law, reported Pink News.

Last year, after an international outcry, Putin was forced to investigate allegations that Chechnya was detaining LGBTs in large numbers and torturing them. The autonomous, conservative Muslim-majority region of Russia led by Ramzan Kadyrov, who is close to Putin, is known to be highly homophobic. Russian authorities charged with investigating the incident reported there was no crackdown on LGBTs in the region, according to media reports.

Yet, the LGBT support group in Perm is making small steps toward change. Last May, authorities allowed the group to hold a public gathering on International Day Against Homophobia and Transphobia. An estimated 30 people gathered with rainbow balloons and were protected by 20 police. The group hopes to build on that event to eventually emerge from the shadows, reported the Post.

Pompeo's long anti-diversity track record and his support by anti-gay groups, such as the Family Research Council, have LGBT leaders on high alert.

Pompeo, a Republican from Kansas, was beginning his fourth term as a member of the House of Representatives when Trump nominated him to head the CIA last year. During his time in the House he spoke out against LGBT rights, including repealing the military's anti-gay "Don't Ask, Don't Tell" policy and the Supreme Court striking down a key provision of the Defense of Marriage Act. Legislatively he co-sponsored many bills attacking LGBT rights and women's rights. He supported bills promoting so-called family values and religious freedom.

The Senate must confirm Pompeo.

"I am encouraged that President Trump has chosen former congressman and director of the CIA Mike Pompeo to be the next secretary of state," said Liberty Counsel Founder and Chairman Mat Staver in a March 13 statement, praising Pompeo's experience and values respecting the "sanctity of human life and natural marriage."

"We need leaders who understand and respect basic fundamental values of life and family," he added.

"Pompeo does not deserve to be confirmed," Griffin said in a statement.

OutRight Action International Executive Director Jessica Stern wrote in a statement to the Bay Area Reporter that LGBT people in the U.S. and around the world "should be afraid" if Pompeo becomes secretary of state.

"The decision to nominate anti-LGBTQ Mike Pompeo could have serious consequences for the United States and LGBTQ people around the globe," said Griffin.

He added that human rights globally have deteriorated since Trump took office in 2017.

"The State Department has a crucial role to play in advancing human rights - a role which was already rapidly declining under Tillerson. This decision has the potential to make a dire situation even worse," said Griffin.

Stern said the U.S. "could turn a blind eye to mass arrests, torture, and even killings of LGBTIQ people globally simply because of their sexuality or gender. It's 2018; we cannot have a U.S. secretary of state who believes only some people are entitled to human rights."

Tillerson was more moderate regarding LGBT issues, global gay rights leaders observed, but they also criticized him for not taking a hard stand against Chechnya, Egypt, Indonesia and other countries where gay people were being brutally attacked and murdered during his 14-month tenure.

However, while many in the Trump administration failed to mark Transgender Day of Remembrance and Pride Month, Tillerson gave a nod to the community by issuing standard statements from the State Department commemorating the occasions, according to the Washington Blade. He also retained Randy Berry, the department's Special Envoy for the Human Rights of LGBTI Persons, until he was quietly moved to another position within the State Department in November 2017.

Tillerson told reporters at a news conference at the State Department following the announcement of his departure that he is working to make the transition as smooth as possible.

He made the announcement at a reception with Commonwealth Secretary General Patricia Scotland.

Scotland previously stated her support of LGBT people when she assumed her role in 2015. More recently, she told the Guardian that she has been working quietly with leaders of Commonwealth countries to change their hearts and minds regarding LGBT rights.

"We've been doing it by working with them," she said. "We've had five countries in two years that have changed laws in relation to criminalization of homosexuality. We are working alongside countries, making an economic case for inclusion."

Currently, 37 of 53 countries in the Commonwealth continue to criminalize consensual same-sex relationships.

At the same reception, Pink News reported that Prince William, who was in attendance with other royals, including his father, Prince Charles, and the Duchess of Cornwall, met with representatives of LGBT member organizations of the Commonwealth, the Commonwealth Equality Network and Kaleidoscope Trust.

Both princes expressed their support for equal rights for the LGBT community.

Prince William told representatives that he raises LGBT rights when he travels to other countries and vowed to do so in the future.

The Queen's Commonwealth Day message echoed the call for the value of diversity among the country's shared histories.

"There is a very special value in the insights we gain through the Commonwealth connection; shared inheritances help us overcome difference so that diversity is a cause for celebration rather than division," she said in her speech.

It's anticipated that the issue of LGBT rights, particularly with Bermuda rescinding same-sex marriage earlier this year, will be raised at next month's Commonwealth Heads of Government meeting in London.

Some LGBT activists want Britain to do more and for the queen to own up to Britain's anti-gay colonial past.

A group of about 80 protesters, including global gay rights activist Peter Tatchell, greeted the queen outside a service at Westminster Abbey that she attended, with signs reading, "End gay sex ban in Commonwealth stop the persecution of LGBT+ people."

"It is great that Prince William has expressed his support for LGBT human rights," Tatchell told Gay Star News. "I hope that he and the other young royals - Catherine, [Prince] Harry and Meghan [Markle] - will speak out for LGBT equality during the Commonwealth summit in April."

Ugandan LGBT activist Edwin Sesange welcomed Prince William's support, but he added that he would like an apology from the monarchy for its colonial-era laws.

"The fact is these laws did not exist in those countries prior to British colonialism, therefore, Prince William should address the fact that Britain was wrong to introduce such laws in those countries," he told GSN.

Cooper's long career fighting HIV/AIDS began in Australia during the 1980s. He was the first to identify a pattern among Sydney's gay men and enrolled some of the men into Australia's first clinical research studies.

From those studies he developed the first description of so-called seroconversion illness, which defines initial HIV infection in many people.

Described as an intellect with heart by friends and colleagues, Cooper's work started in Australia, where he became the first director of the Kirby Institute, then known as the National Center in HIV Epidemiology and Clinical Research, founded in 1986. But he turned his focus outward to the world, particularly to developing countries, with the goal to end HIV.

"He contributed to the development of every therapeutic drug used in HIV," said Kelleher. "All over the world he was respected as a leader, and at home he was an insightful colleague and unparalleled mentor."

Justin Koonin, president of Acon, New South Wales' LGBT health organization, which worked alongside Cooper since its inception in 1985, also mourned his passing.

"We have all benefitted from his uncompromising principles and integrity, his passion, his fierce intelligence and intellect, his pioneering spirit and his compassion," he said.

Australia's first openly gay High Court judge, Michael Kirby, who worked with Cooper and was his close friend, praised him.

"It was his intellect that made him a leader in the global response to the AIDS epidemic and led to the building of the Kirby Institute," he said. "But it was his great heart that all who knew him, his family, his colleagues and his patients, could witness every day."

Cooper is survived by his wife, Dorrie, and daughters, Becky and Ilana, according to the Kirby Institute.