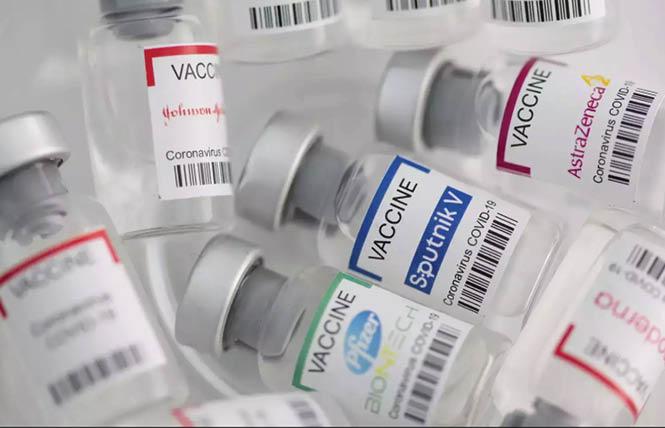 People should get the COVID vaccine or booster, especially in light of the new Omicron variant. Photo: Courtesy Reuters

In much of the early coverage of the new Omicron coronavirus variant, one thing is key — people should get vaccinated, or get a booster if they were vaccinated at least six months ago. While Omicron is cause for concern, scientists and researchers don't yet know a lot about this newest mutation of the virus. But we'd rather have leaders take the initiative — as was evidenced by the institution of travel bans from some countries in Africa where it was discovered and others — than wait like politicians did nearly two years ago. The problem is that countries are doing the same mishmash of travel restrictions that they've done throughout the pandemic, which have proved to be unsuccessful. There should be a consistent policy. The first Omicron case was reported in California — in San Francisco — December 1, and it's been reported in Canada. Dr. Anthony Fauci, President Joe Biden's chief medical adviser, previously said he wouldn't be surprised if the variant is already on U.S. soil. So people need to be prepared.

The best way to do that is to get the shot. It is long past time to put politics aside, especially in red states, but also locally. There have been various reports of municipal workers refusing to get vaccinated in cities across the Bay Area. One of them was Susannah Greason Robbins, executive director of the San Francisco Film Commission. After 11 years on the job, the San Francisco Chronicle reported in mid-November that Robbins' last day will be December 31. She apparently had religious objections, but her request for a waiver was denied, the paper reported. There are still many law enforcement officers throughout the state who are refusing to get vaccinated, which is something that's hard to fathom because they are often put in situations where they deal with the public and could easily be exposed to the virus. Then again, many officers tend toward the political right. San Mateo County Supervisor David Canepa, who recently announced he's running for Congress to replace Jackie Speier, wants people throughout the Bay Area to be prepared. "It's inevitable that Omicron reaches our shores despite these new travel restrictions," Canepa stated November 29. "The Bay Area is leading the nation in ending COVID but we can't let this new variant take us backward. We know what to do. If you haven't gotten the booster shot yet, get it today. Do not wait. Get your children vaccinated and continue to please wear your damn masks. It will be a very long winter if we do not brace for the inevitable that Omicron cases will soon show up here."

He's right. It was nearly a year ago that the Bay Area endured another shutdown — though it was not as severe as the first shelter-in-place order that started in March 2020 — and that was before the highly transmissible Delta variant emerged this summer. We don't anticipate the state or region locking down again; thankfully, there are so many people who are vaccinated. However, those who have not yet done so put themselves and others at risk. The federal Centers for Disease Control and Prevention swiftly updated its COVID booster advice this week to state that all adults "should" get one. Previously, the CDC had stated that Americans over 50 and those 18 or older living in long-term care facilities should get a booster while others "may" get one. Not anymore. This speaks to the growing concern among government officials about Omicron.

Biden on Monday gave remarks on Omicron, reiterating the importance of vaccinations and booster shots — children as young as 5 can now get inoculated — and the president said that Fauci believes that vaccines will offer at least some protection against the new variant.

The president also addressed what is a major problem: poorer countries are struggling to get any vaccines. According to the New York Times, just over 10% of people in Africa have received one dose of the vaccine, compared to 64% in North America and 62% in Europe. South Africa itself has a better vaccination rate than most countries on the continent, and its scientists were the first to announce that the Omicron variant was found in four people from Botswana, the paper reported. On Tuesday, it was reported that the variant was first in Europe before the South African researchers flagged the Botswana cases, which just shows how quickly information is being learned about it. Meanwhile, countries like the U.S. are being criticized for hoarding the vaccines at the expense of other nations. "To beat the pandemic, we have to vaccinate the world as well," Biden said, according to a transcript. "And America is leading that effort. We've shipped — for free — more vaccines to other countries than all other countries in the world combined: over 275 million vaccines to 110 countries. Now we need the rest of the world to step up as well."

The U.S. as a whole has a vaccination rate of about 60%. That is too low — the shots are free and widely available. Here in the Bay Area, the rates are much better, ranging from 83% in Santa Clara County, 81% in San Francisco and Contra Costa counties, and 77% in Alameda. Marin and San Mateo counties have higher rates. But health officials report that there is a lag in people getting their booster shots. Don't delay. With the holiday gatherings only a few weeks away, it's vital that people protect themselves. Last year at this time we were struggling with a surge and the vaccines weren't yet widely available. Today, that has all changed. It appears that COVID is not going away — be part of the solution and get vaxed.