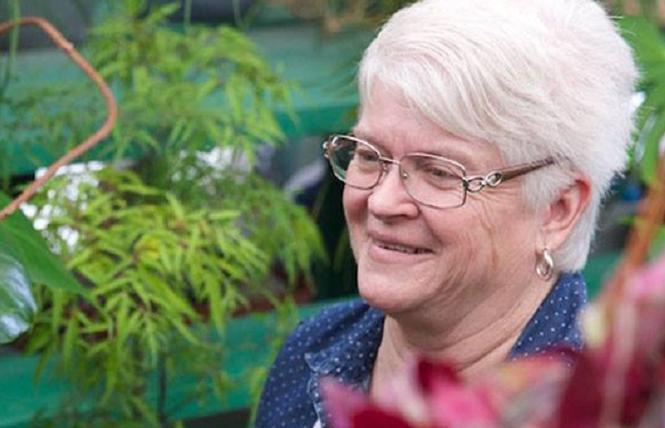 Barronelle Stutzman, the owner of Arlene's Flowers in Washington, has settled a discrimination case brought by a gay couple she refused to sell flowers to for their wedding. Photo: Free to Believe

Nine years after telling a gay couple she could not prepare a flower arrangement for their wedding because of her religious beliefs, the owner of a flower shop in Washington state has agreed to pay $5,000 to settle the dispute and withdraw her long-shot bid to get the U.S. Supreme Court to rule in her favor.

The issue, however, has not gone away. The Alliance Defending Freedom group that helped Arlene's Flowers owner Barronelle Stutzman with her effort to circumvent Washington state laws against discrimination based on sexual orientation has other cases queued up. One is in the U.S. Supreme Court; the other is likely to land there next year.

But the November 18 announcements by ADF and the American Civil Liberties Union, which represented the gay couple, takes away a case that has lingered on the U.S. Supreme Court's docket for four years. Neither side is touting victory.

While the florist has agreed to withdraw the latest of her several petitions from the U.S. Supreme Court, she has not agreed to stop discriminating. Instead, the 77-year-old businesswoman said she would retire and leave the business and let her "beloved employees" run it.

The gay couple, Rob Ingersoll and Carl Freed, said they would contribute the $5,000 settlement money to a local PFLAG chapter and match it with a $5,000 contribution of their own.

But Stutzman's statement made clear that she was concerned about losing. She said the lawsuits filed against her when she refused to serve the gay couple threatened to force her to "pay a devastating price" for asserting her religious beliefs in the marketplace, "including being threatened with the loss of my home, my business, and my life savings."

The ADF website indicates Stutzman ended the legal conflict between herself and the gay couple by agreeing to a settlement that enables her to avoid being forced "to act against her religious beliefs or to pay potentially ruinous attorneys' fees...."

Stutzman's legal defense was down to its very last shot: a petition asking the U.S. Supreme Court to rehear its refusal to accept Stutzman's appeal of a Washington Supreme Court decision against her. In the past five years, more than 500 parties who have been denied review at the Supreme Court have filed such petitions for rehearing; only three were granted.

Neither Stutzman nor ADF indicated how that shop would proceed now. According to briefs filed in the case, Arlene's Flowers is a "closely-owned family business."

The ACLU's statement about the settlement indicated Stutzman's withdrawal of the petition for rehearing "leaves in place the two unanimous decisions from the Washington Supreme Court that the Constitution does not grant a license to discriminate against LGBTQ people."

Legal conflict
The legal conflict did not involve Washington state's law recognizing the right of same-sex couples to marry. That law passed in 2012. Instead, it implicated the state law prohibiting discrimination based on sexual orientation in public accommodations. And it began when Ingersoll and Freed decided, in 2013, to marry. They had a long-standing and friendly relationship with Stutzman and Arlene's Flowers, and Ingersoll asked her to create an arrangement for the ceremony. Stutzman told Ingersoll that her "relationship with Jesus Christ" prevented her from creating an arrangement for their wedding. She provided the names of three other florists she thought could provide the flowers.

The couple posted on Facebook about the hurt they felt. Similar incidents were cropping up around the country — wedding venues were refusing couples in Texas and New York; a wedding photographer refused a lesbian couple in New Mexico; and bakeries turned down same-sex wedding events in Oregon and Colorado.

The news media picked up on the dispute and brought it to the attention of the state's attorney general, Bob Ferguson (who is still in office). Ferguson's office filed suit against Arlene's Flowers for violating the state's public accommodation law. Shortly thereafter, the ACLU filed suit on behalf of the gay couple. The ACLU civil suit asked Stutzman to serve all customers regardless of sexual orientation, issue an apology for refusing Ingersoll and Freed, and contribute $5,000 to a local LGBTQ youth group.

A state superior court judge in 2015 ruled against Stutzman, saying that the U.S. Supreme Court had for 135 years ruled "laws may prohibit religiously motivated action, as opposed to belief."

"In trade and commerce, and more particularly when seeking to prevent discrimination in public accommodations, the courts have confirmed the power of the legislative branch to prohibit conduct it deems discriminatory, even where the motivation for that conduct is grounded in religious belief," the judge stated.

In Masterpiece Cakeshop, in June 2018, the Supreme Court voted 7-2 in favor of a Colorado baker who refused to sell wedding cakes to same-sex couples the same as he sells to male-female couples. The Masterpiece decision did not say a baker had a right to refuse to sell a cake to a same-sex couple by citing his religious beliefs. It said only that the Colorado Civil Rights Commission, in initially ruling against the baker, had demonstrated "clear and impermissible hostility toward the sincere religious beliefs" of the baker.

The Washington Supreme Court reconsidered the Arlene's Flowers case and, in 2019, said it found that the courts that deliberated on the issue "did not act with religious animus" when they ruled the florist violated a state law by refusing to sell flowers to a gay couple. Among other things, the court also noted that Stutzman had "acknowledged that selling flowers for an atheistic or Muslim wedding would not be tantamount to endorsing those systems of belief."

ADF again appealed the case to the U.S. Supreme Court and was this past July again denied review. This time around, though, three justices indicated they would have taken the case. ADF then filed the long-shot request for a rehearing of the second rejected petition for review. That rehearing request has been on the Supreme Court's conference list since September, including —most recently — for November 19. A request by both sides to dismiss the rehearing request was filed November 18, indicating only that "all fees have been paid, and each party will bear its own costs."

Meanwhile, ADF has another similar appeal before the U.S. Supreme Court, 303 Creative v. Elenis, involving a website designer in Colorado. The state's response to that appeal is due to the Supreme Court in early December. ADF has organized several similar lawsuits around the country, including the Masterpiece case and one in 2013 involving a wedding photographer, which the Supreme Court declined to review.