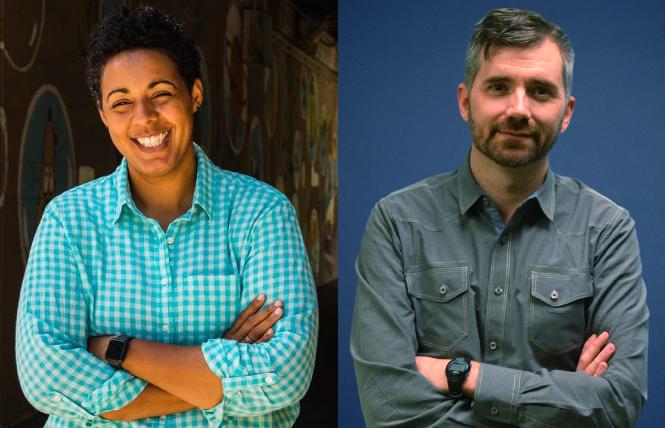 We haven't seen economic inequality this bad in nearly a century.

In 1965, American CEOs earned on average 20 times the average worker. Today, they make nearly 300 times the average worker. Over the past 40 years, median wages for the top 1% have tripled while the bottom half of earners in our nation have seen no increase in their real wages. A few years ago, the Washington Post ran a headline "The richest 1 percent now owns more of the country's wealth than at any time in the past 50 years."

In the face of this daunting reality, a group of innovative thinkers are proposing a suite of bold solutions to tackle this inequality and give every American more solid economic footing. Grouped together, these proposals share the common descriptor: guaranteed income. A guaranteed income is a regular payment given to individuals not tied to their labor or personal investments.

Examples of these innovative proposals are taking hold across the country. The recently adopted child tax credit of the American Rescue Plan gives most American families $250 or more each month to help cover the costs of raising children. In Chicago, the City Council is currently considering a pilot universal basic income program to issue $500 checks to thousands of low-income residents each month, mirroring successful programs in Stockton, California and Jackson, Mississippi. In "Our Fair Share," a new book recently published, author Brian C. Johnson proposes that each American should receive an annual Citizen Dividend check, paid out from a percentage of the total profits realized by American businesses that year.

The potential impact of guaranteed income programs on low-income Americans is huge. But as queer social justice leaders, we know how powerful these programs can be for LGBTQ Americans.

LGBTQ people experience poverty at higher rates than our straight and cisgender peers. Nearly one out of four LGBTQ people live in poverty (compared to only one out of six non-LGBTQ people). For some in our community, these poverty rates are even higher. Over 30% of Black LGBTQ people live below the poverty line (compared to 25% of Black straight/cis people). Nearly one-third of trans people qualify as low-income. Like many social harms, economic inequality and the poverty it unleashes target the LGBTQ community more than it does straight/cisgender America. Too many of our brothers and sisters and siblings suffer the pain of poverty, teetering perilously on the edge of the widening chasm between the rich and everyone else in America.

We in the LGBTQ community must be fierce advocates for guaranteed income. We know that any solution that reduces the crushing weight of poverty will also lighten the load for LGBTQ Americans. The depth of our commitment to greater economic equality must be fueled by the personal connection to poverty too many in our community have.

But perhaps even more so, we can serve as living, breathing examples of the power of expanding our country's understanding of who should benefit from our societal institutions. Today the debate around poverty reduction focuses too much on deservedness: work requirements, lifestyle policing such as drug testing, onerous restrictions, and bureaucratic hurdles put in place in the name of fraud protection. Too many believe that while the rich can hoard their wealth with impunity, the poor must prove every day their worthiness to receive basic support.

But what if instead of having such a narrow view of who should benefit from our national prosperity, we asserted that more Americans deserved some basic income simply because we are Americans? What if we said that an economic system that has been designed to exclude low-income residents from a thriving life should be fundamentally altered to allow more people to share in the benefits of our national wealth?

In our lifetimes, LGBTQ people have won many benefits that had previously been denied us. The right to marry. The right to raise children together. The right to have our genders honored and recognized in basic documents. The right to serve openly in the armed forces and the workplace without fear of open discrimination. This is not to say we have arrived. There is much work to be done, especially for those of us who are people of color and for our trans siblings, as well as those who reside in states that still have discrimination and other anti-LGBTQ laws on the books. But we have begun to show America that when we broaden our collective belief of who should benefit from our country's most fundamental institutions, the fabric of our nation brightens.

That is why guaranteed income is not simply a poverty reduction issue. Guaranteed income is a queer justice issue. We as LGBTQ people must be on the front lines in our communities demanding the adoption of these programs to ensure that more Americans — LGBTQ Americans and our straight and cisgender siblings — benefit from our nation's prosperity. We must fight for our queer siblings living in poverty. And we must use our life experiences to help light the path. Because we know that when our nation opens its arms wider to embrace more of its people more fully, we all are richer for it.

Maria Hadden is Chicago's first Black queer alderperson representing the 49th Ward. Brian C. Johnson, a gay father, is the CEO of Equality Illinois and the author of "Our Fair Share: How One Small Change Can Create a More Equitable American Economy," which is available online and at bookstores>.