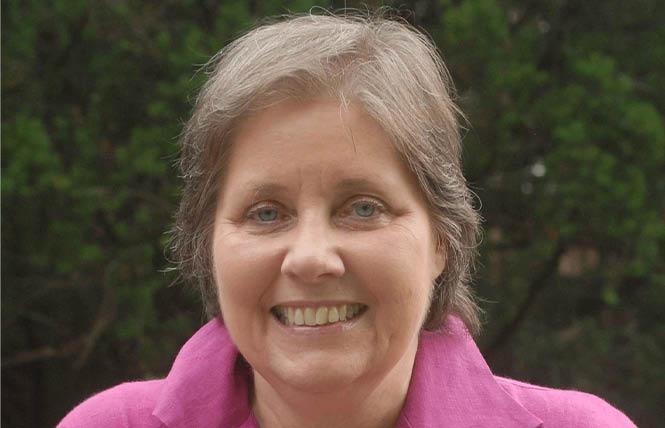 [Editor's note: This is mostly a rebroadcast of an April program with an update.]

Social worker Caitlin Ryan, Ph.D., was caring for AIDS patients in Atlanta early in the epidemic when she found her calling. Her work included meeting the Southern, often conservative families of young men dying from the disease.

Ryan now directs the Family Acceptance Project at San Francisco State University, described on its website as "a research, education, intervention, and policy project to help ethnically, racially, and religiously diverse families support their LGBTQ children," which she co-founded in 2002 with Rafael Diaz, Ph.D.

But Ryan's work has proved that culturally and religiously diverse families can learn to support and promote the well-being of their LGBTQ kids.

The Family Acceptance Project's research has shown significant health risks to queer youth when parents reject their identities, including increased suicide, drug use and homelessness. Although Ryan and her colleagues find that all rejecting behaviors are harmful, they're not always intentional. Some parents believe their actions — blatant or subtle — to deny or hide their child's identity will help protect the child.

"Once we understand their underlying cultural beliefs and values, we can align our messaging, our framing and our research findings with those beliefs and values," she says. Then they can help parents focus on their behavior, rather than beliefs, to support their children.

What do LGBTQ kids really need to hear from their parents? "That their parents love them and will support them, even if they disagree, even if they think that being gay or transgender is wrong," says Ryan. "Those are powerful messages that can make a profound difference."

In an October 27 news release, the Family Acceptance Project launched its "research-based 'Healthy Futures' posters for American Indian families and communities to help parents, families and caregivers support LGBTQ/Two Spirit (LGBTQ-2S) children and youth to reduce health risks and increase well-being." The new series joins previous posters in 10 languages and comes as national medical groups have declared an emergency for child and adolescent mental health. The posters are available here. .

Kendra Klang produces and this week hosts Out in the Bay - Queer Radio from San Francisco. Learn more and listen at https://www.outinthebay.org/

Out in the Bay: 'Gender is queer for everyone,' says Utah prof
Sign up!