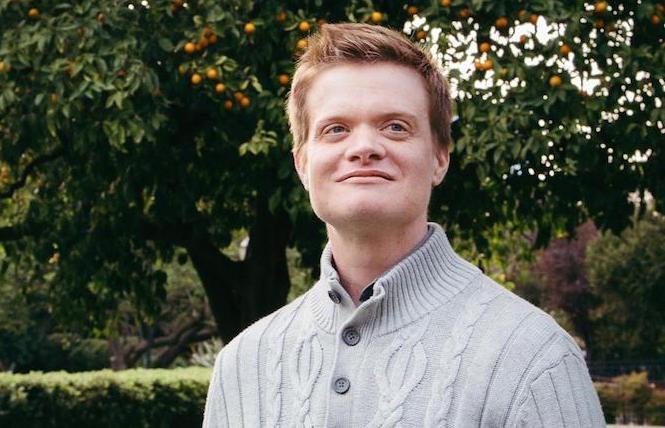 The U.S. Supreme Court on Monday gave LGBTQ legal activists a significant sigh of relief. It also appeared to take some heed of the fact that a Texas abortion ban under scrutiny could have significant implications for same-sex marriage.

The court announced November 1 that it would not take up an appeal seeking to challenge a lower California court decision that favored a transgender patient. The California Court of Appeal had allowed to proceed a lawsuit that patient Evan Minton had filed against a Roman Catholic-run hospital that refused to perform a hysterectomy as part of his gender confirmation.

The Supreme Court's vote was close: Three justices indicated they would have accepted the Catholic hospital's appeal. It takes only four justices to grant an appeal.

The justices — Clarence Thomas, Samuel Alito, and Neil Gorsuch — did not explain their dissent, as they sometimes do.

The decision under challenge, Dignity Health v. Minton, came from a California appeal court in San Francisco on an important, but preliminary, legal matter. After the state Supreme Court refused review on the preliminary matter, the hospital chain, along with such groups as Alliance Defending Freedom, appealed directly to the U.S. Supreme Court. It was a long-shot appeal, because of the preliminary nature of the lower court ruling.

The case involved Dignity Health, a chain of hospitals that includes both Catholic-run and non-Catholic-run facilities near Sacramento. It was a Catholic-run hospital, Mercy San Juan Medical Center, which abruptly canceled the scheduled hysterectomy for Minton, claiming that to do so would violate the "religious directives that govern Catholic health care institutions."

The individual dispute was quickly resolved when Dignity Health arranged for the surgery to take place at one of its non-Catholic affiliates. But Minton, represented by the American Civil Liberties Union and Covington & Burlington LLP, filed suit, alleging that Dignity Health's actions violated the state's non-discrimination law, specifically its prohibition on sex discrimination and gender identity discrimination.

The California Court of Appeal ruled that the lawsuit could proceed on the question of whether the hospital chain violated state law when it denied Minton "full and equal access" to treatment at the original hospital.

In its petition to the U.S. Supreme Court, the Dignity Health chain claimed that the U.S. Constitution's guarantee of free exercise of religion protects a religiously-affiliated hospital from being compelled to provide medical procedures that violate the religion's tenets.

Dignity Health's petition said the case posed "a profound threat to faith-based health care institutions' ability to advance their healing ministries consistent with the teachings of their faith." It said the Catholic Church prohibits "sterilization."

The ACLU praised the high court's decision not to review the case.

"Dignity Health is trying to claim it's an LGBTQ-friendly organization but when Evan needed care he was turned away because he is transgender," stated Elizabeth Gill, senior staff attorney with the ACLU's LGBTQ & HIV Project. "It's wrong that anyone would be turned away from health care because of who they are, and when a health care provider denies care to a population they claim to serve, that's hypocrisy."

Minton stated that he's had multiple medical emergencies since Dignity turned him away.

"I can't stand to go to my neighboring Dignity hospital because of the discrimination I was put through," he stated. "In one instance, I called my doctor and had them talk me through a procedure I performed on myself to avoid having to go into one of their hospitals. I hope Dignity Health will finally take responsibility for what they did to me and what they continue to do."

Minton added that he "applauds" transgender Californians and people across the country who are sharing their denial of care experiences.

"This should not be our private pain and shame," he stated.

In a statement, Dignity Health stated that it stands against discrimination of all kinds.

"We realize that people who are LGBTQ have faced significant and long-standing challenges getting the care they need from supportive and knowledgeable providers," the statement read. "We regret that Mr. Minton's hysterectomy was incorrectly scheduled at one of our facilities that does not provide the service he needed."

Dignity also stated that in keeping with its Catholic faith, "at our Catholic-sponsored care sites we do not offer certain services including sterilizing procedures such as hysterectomies to any patient regardless of gender identity, unless the patient has a life-threatening condition."

"Although the Supreme Court will not consider this important issue at this time, we plan to continue to pursue the case at the lower-court level," Dignity Health stated.

"If Texas can nullify Roe and Casey in this manner, then other states could do the same with other constitutional rights or other decisions of this court that they disfavor," said Prelogar.

The Texas law in question, known as SB 8, is one that makes it illegal to obtain an abortion after six weeks of pregnancy. The law also allows any citizen to file suit against anyone who violates the ban, or helps someone else violate it, and promises the court will award such citizens a minimum of $10,000 per successful lawsuit. The law further notes that Texas "never repealed" its ban on abortion subsequent to the 1973 Roe v. Wade ruling by the U.S. Supreme Court.

That text and Prelogar's warning have special resonance for LGBTQ people: Just last month, a state representative in Texas noted that the state's laws limiting marriage to one man and one woman were never amended or repealed. And he suggested the state essentially ignore the Supreme Court's ruling in Obergefell v. Hodges, which struck down state bans on same-sex marriage.

Justice Sonia Sotomayor asked an attorney representing Texas in court Monday whether the state could enforce an "SB 8-style liability on anyone who officiates, aids, or abets a same-sex wedding" or seeks to stop private consensual sexual conduct, protected under the Supreme Court's ruling in Lawrence v. Texas.

"This is not limited to abortion," said Sotomayor.

Justice Brett Kavanaugh asked questions suggesting that an SB 8-style law might also be used by citizens who want to go after "anyone who declines a good or service for use in a same-sex marriage. ..."

As an initial matter, the Supreme Court is expected first to rule on whether or not to grant the U.S. Department of Justice's request for an injunction barring continued enforcement of SB 8, which took effect in September. The court is later expected to rule on the constitutionality of the Texas ban.

In a brief submitted by attorneys general of 22 states, including California, Illinois, Michigan, and New Jersey, lesbian Attorney General Maura Healey of Massachusetts warned that the court's decisions concerning the Texas ban will have "profound consequences."

The brief noted that the attorneys general "recognize that state legislatures across the country have strongly held policy preferences in areas as diverse as gun rights, freedom of religion, marriage equality, and voting rights that may at times be in tension with, or even conflict with, constitutional principles." But it added that, "We likewise recognize the vital role that judicial review plays in resolving these tensions. But, where longstanding precedent clearly and unambiguously forecloses a particular policy as unconstitutional, a state cannot be permitted to disregard that precedent by passing an unconstitutional law and shielding it from federal judicial review."

Updated, 11/2/21: This article has been updated to include comments from Dignity Health.