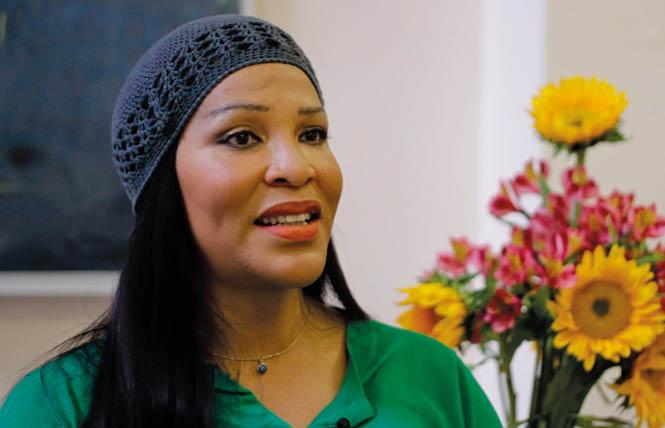 Marilyn Sarah Robinson, a founding board member of the Transgender Law Center, died June 30, according to friends. She was 60.

Ms. Robinson, a transgender woman, passed away following a second open heart surgery at UCSF, according to Mark Freeman, who got to know her when she appeared in his film, "Transgender Tuesdays: A Clinic in the Tenderloin."

"She was well aware that she might never leave the hospital, according to her oldest surviving sister of the streets, Lisa Nicole Altman," Freeman wrote in an email.

"They were the hottest 20-somethings together 'back in Denver and New Orleans, and we stayed friends for 40 years,'" Freeman said Altman told him.

Freeman stated that Ms. Robinson was not shy about sharing details of her earlier life when interviewed for his film, "bringing photos from her porn-star years that she was never ashamed to share," he stated.

"Though not exactly an activist in the strict sense of the word (she never even owned a cellphone or computer!) still she represented every day on her daily dog-walk outings from her home near the Opera House in San Francisco to the Castro and Downtown," Freeman wrote. "Marilyn was out and loud, always charming, and won over everyone she met. In the film about the first public health transgender clinic at Tom Waddell Health Center, shot in 2012, she minced no words when describing Black transgender women as 'the most oppressed among the oppressed.' And then explained why in her direct yet always graceful way, via the details of her own life."

Ms. Robinson was a driving force behind the initial trans economic development project undertaken by TLC and the San Francisco LGBT Community Center, Chris Daley, a gay man who was TLC's co-founder and first executive director, wrote in an email. TLC was a fiscally-sponsored project of the National Center for Lesbians in 2002 before becoming its own nonprofit two years later. Ms. Robinson served on its first board.