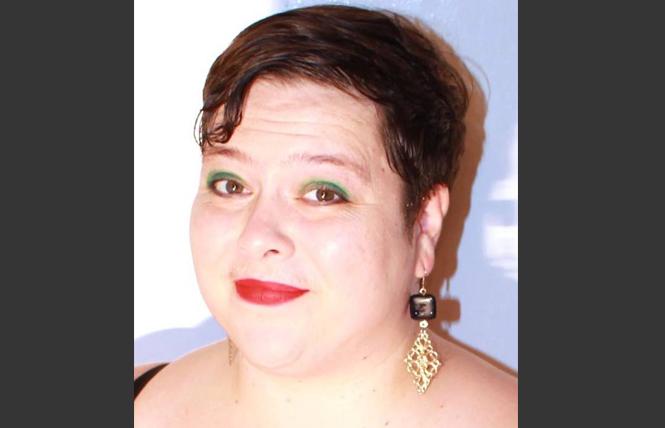 Ending more than a year of silence on who's in charge, St. James Infirmary announced July 13 that it is going forward without an executive director as the nonprofit that serves sex workers shifts to a "new, horizontal leadership structure," according to a news release.

"The organization runs like spokes on a wheel. All of our programs have an experienced director and teams of amazing staff and volunteers," operations director Anita O'Shea stated. "What makes us even more unique is that most of us have had real lived experiences similar to the people that we serve: sex work, homelessness, drug use, and losing our loved ones as a result of a broken system."

Bay Area Reporter readers may remember that O'Shea "stepped up to the plate" (in the words of Patsy Chan, a former board chair) in the wake of the abrupt resignation of St. James' Executive Director Toni Newman last February. (Newman is now the executive director of the Lavender Youth Recreation and Information Center.)

A representative of St. James Infirmary shut its doors on a B.A.R. reporter on March 2, 2020 after first denying, then confirming, that there was an interim executive director.

In a phone interview July 13, O'Shea apologized for the organization's lack of transparency.

"We were basically trying to figure it out when Toni left," O'Shea told the B.A.R. "We really honestly were not prepared. Then, combined with the COVID pandemic, we were trying to figure out what the next steps would be. It took six months to determine what we want to do and how."

"We discerned we'd been running as a co-directorship, and decided to go forward with that new leadership style," O'Shea said. "We are taking in a lot of philosophies talking about communication and the advice process [and] conflict engagement."

The clinic initially operated out of San Francisco City Clinic before moving to its own facility on Mission Street. It is now housed at San Francisco Community Health Center at 730 Polk Street, a space shared with the center, Shanti Project, and Project Open Hand.

According to its most recent IRS Form 990 for Fiscal Year 2019-2020, the organization had a total revenue of $3.5 million and total expenses of $3.1 million. It received $2.5 million in government grants, with $1 million coming from other contributions. As the B.A.R. reported in 2019, St. James Infirmary was awarded a contract to the tune of 490,000 annually for two years to provide case management to help keep transgender and gender-nonconforming people in their homes or find housing.

The release states that the organization has been there for the community in spite of the trying times. It provides all services for free.

"Economic responses to COVID, including mass layoffs and limitations on safer sex practices that in turn can limit sex work, have had a devastating effect on the sex worker community," the release states. "St. James has been there throughout the pandemic to offer assistance and care to a community that is otherwise forgotten, or worse, scapegoated and blamed for their experiences of poverty and ill health."