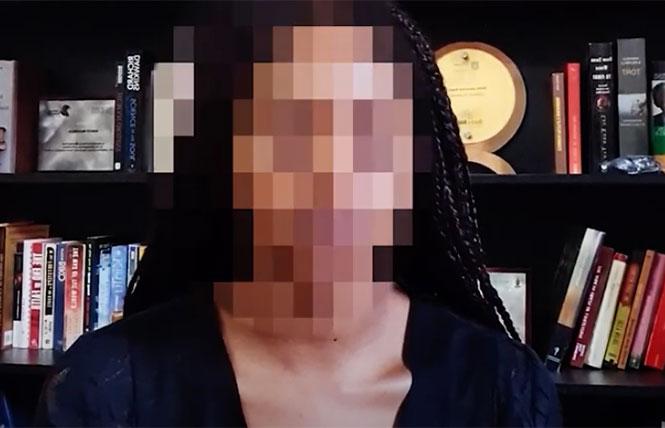 OpenDemocracy published its findings in a series of articles June 30.

Efforts to "cure" homosexuality are "inherently degrading and discriminatory," said Kaajal Ramjathan-Keogh, Africa director at the International Commission of Jurists human rights organization, in response to the openDemocracy's reporting.

In one of the reports, a Ugandan lesbian told the story of how she was subjected to electric shock as a part of her therapy at a clinic in Kampala, Uganda's capital, that her family brought her to. Despite the years that have passed since the incident, she told an openDemocracy reporter, "the resentment I felt for my family has never really gone away."

"Donors should make sure that their money does not fund any 'conversion therapy' activities — and to withdraw money if it does," Ramjathan-Keogh said.

Kenya Yvee Oduor, a gender-nonconforming feminist with the Gay and Lesbian Coalition, called to "redirect funding" away from LGBTQ-non-affirming health care providers.

"We already have clinics and health centers run by LGBTQI+ people all over the country," they said. "Why not fund these community initiatives?"

Conversion therapy is the practice of attempting to convert or suppress a person's sexual orientation or gender identity to fit into mainstream society. The practice has been widely condemned by the United Nations, World Health Organization, more than 60 counselors, psychologists, and doctors' associations globally, and human rights and LGBTQ rights organizations.

Brazil, Ecuador, Germany, and Malta banned conversion therapy as have 20 states in the U.S., including California, which prohibits the practice on minors but not adults.

Call for investigations
Major donors stated they will investigate and act upon their findings in response to openDemocracy's reports. International aid agencies and local non-governmental organizations operating health care clinics also pledged to launch investigations following the series of articles.

"It's really frustrating that we don't have any power," he told the media outlet in reference to his association's voluntary and nonbinding standards. "People are playing by their own rules and [we] can't do anything about it."

The facilities involved in the undercover investigation did not publicly advertise conversion therapy referrals or services.

USAID, the UK Aid, and the Global Fund launched investigations in response to the report.

"USAID does not fund or promote anti-LGBTQI+ conversion therapy and will investigate any report that a USAID-funded partner is doing so," U.S. Embassy spokesman Anthony Kujawa told openDemocracy.

PEPFAR, Most at Risk Populations Initiative, and the Uganda Catholic Medical Bureau along with Uganda's Kisubi Hospital and the HIV clinic at Mulago Hospital, did not respond to the reports.

Going undercover
OpenDemocracy undertook a six-month undercover investigation of how international funds were being used to support conversion therapy in Kenya, Tanzania, and Uganda. Reporters interviewed more than 50 people at 12 health centers, including clinics that outreached specifically to gay and bisexual men, along with conversion therapy survivors, clinic staff and heads, foreign embassies, and funders' representatives in the East African countries.

They found conversion therapy activities in 12 of the 15 clinics they visited.

Many Africans perceive the LGBTQ movement and the movement to ban conversion therapy as a Western ideology being pushed on the continent, as one Ugandan clinician stated to openDemocracy reporters it is "for whites."

Matthias Ssetuba, Lubaga Hospital's self-described "mental health focal person," told the undercover reporters that homosexuality was a "mental health issue" caused by multiple factors from the internet to peer pressure. Ssetuba argued that "those whites are saying 'it's normal,' in our society it is abnormal" and it could be "changed" if the person accepts, they need help "in converting," he told the undercover reporters.

Staff at other clinics throughout Uganda expressed similar attitudes and beliefs.

Half of the health centers funded by international aid money serving marginalized communities, including the LGBTQ community, belong to aid-funded health networks outside of local governments.

To sign the openDemocracy's petition asking that the U.S. government investigate its agencies to make sure they are not funding conversion therapy,

Out in the World: Judge denies bail for 21 Ghanaian LGBTQ activists
Sign up!