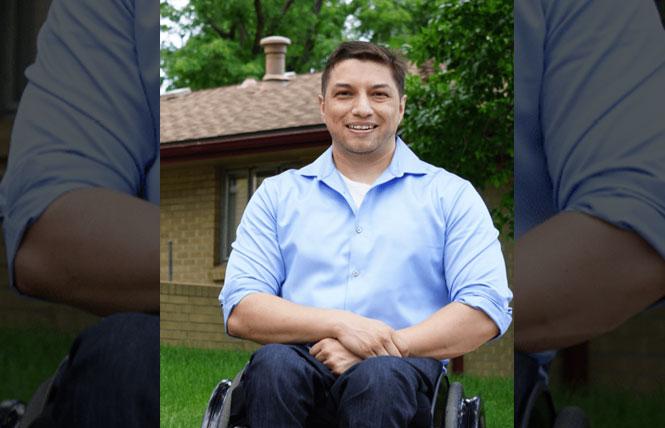 The 117th Congress is the most diverse the United States has ever seen. Twenty-three percent (https://www.pewresearch.org/fact-tank/2021/01/28/racial-ethnic-diversity-increases-yet-again-with-the-117th-congress/) of lawmakers in the U.S. House of Representatives and Senate identify as a racial or ethnic minority, and more women hold elected office than ever before.

Researchers have identified disability bias as a major factor in the lack of disability representation in politics. In a nationally representative survey of 6,000 voters, all disabilities were viewed unfavorably when it comes to electability, with voters up to 70% less likely to vote for candidates with certain stigmatized disabilities.

The answer to fighting unfounded bias, of course, is representation.

That leaves would-be candidates in a Catch-22. While bias makes it harder to get elected with a disability, especially when intersectionality comes into play, we need more disabled politicians if there's any hope of increasing disability representation in politics.

What's a politically active, queer person with disabilities to do? Here are some suggestions.

- Partner with disability and LGBTQ campaigning groups like Elevate: Campaign Training from the National Council on Independent Living. Programs like NCIL's train people without a political background to run effective political campaigns.

- Decide where to run. You don't need to go big to make a big impact. Mayors, city council members, county commissioners, and district attorneys are among local officials with the potential to influence the disability community.

- Assemble a phenomenal campaign staff. Local and state campaigns often run with lean teams, but you still need a campaign manager, a fundraiser, and a capable marketing team. A treasurer or financial coordinator is another smart hire for any campaign team.

- Get your message out. Marketing is how candidates reach voters and communicate their message. It's also key for busting biases as an LGBTQ and/or disabled candidate. Find an artist who can create the best logo design to capture your campaign and work with public relations specialists to refine your message. Thanks to digital advertising, marketing doesn't have to be expensive to be effective.

- Become a strong self-advocate. Even with a talented campaign coordinator, disabled candidates are likely to encounter barriers like inaccessible buildings or events without interpreters on the campaign trail. Know your rights and get comfortable asserting them. Ask for accommodations, share concerns when they're not met, and go up the chain of command when necessary.

A lack of representation is discouraging for would-be public servants, but the only way to solve the representation problem is getting more LGBTQ, disabled, and otherwise diverse candidates elected to office. While blazing trails is never an easy path, the LGBTQ and disabled communities have a long history of advocating for their rights. With diversity finally going mainstream among the electorate, there's never been a better time to step into power.

Ed Carter has worked with clients of all ages, backgrounds, and incomes. About 10 years into his career, he saw a need for financial planners who specialize in helping individuals and families living with disabilities.