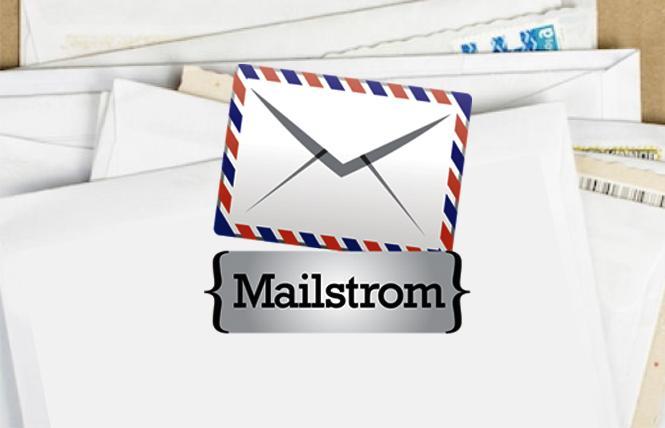 Progress flag leaves out many
James Coleman's June 25 op-ed "No Pride for some of us without liberation for all of us" [Guest Opinion, online], recites the continuing disparities faced by LGBTQ people in homelessness, economic insecurity, and poorer physical and mental health — facts of which we all need to be reminded. However, these realities hardly make an argument for embracing the so-called Progress flag as the successor to the rainbow flag. Instead, they argue for rejecting it.

The chevron in the licensed-for-profit (https://quasar.digital/terms/) Progress flag is meant to represent trans and Black and Brown LGBTQ+ people. That's a noble gesture. Rather than being inclusive, however, the insertion of stripes representing certain marginalized groups of LGBTQ+ people but not others is inherently divisive and exclusionary. There are more bi people than gay and lesbian people combined, yet they are often marginalized and suffer significantly greater rates of violence, poverty, and mental health challenges than gay and lesbian people. Why aren't their colors included? Native/indigenous LGBTQ+ Americans are even more disproportionately harmed by bias and centuries of oppression; their youth attempt suicide at much greater rates than even Black and Latino LGBTQ youth. Where are they represented in the wedge? Asian and Pacific Islander LGBTQ people are currently being subjected to an unprecedented wave of hate-motivated violence — what about them? Even the National Institutes of Health recognizes that the clinical management and treatment of intersex people is "in crisis." Why are they excluded?

The rainbow flag has been embraced by queer people around the world precisely because it includes all of us. That embrace includes LGBTQ+ people in places where being out and proud is an invitation to brutality or death, including LGBTQ+ Ugandans, Nigerians, Indonesians, Indian Hijra, and Russians (to name only a few).

Coleman rightfully points out that the "rainbow colors" have "become good PR for the largest corporations that are known to donate to anti-LGBTQ+ politicians and even morally reprehensible institutions like U.S. Immigration and Customs Enforcement." True, but our colors have also been adopted by good businesses nationwide to telegraph their welcome to LGBTQ people and their rejection of bigots, often risking their windows being smashed or their stores being boycotted as a result. Moreover, there is nothing to stop hypocritical businesses from adopting the Progress flag in short order.

Finally, unlike Coleman, I knew Marsha P. Johnson quite well and she wholeheartedly embraced the rainbow flag from 1985 until her death in 1992, even though transgender people were at the margins of the lesbian and gay movement and had a fraction of their visibility and clout today. Her actions, while alive, surely trump the words people want to put in her mouth now.

1 Castro flagpole is enough
Enough with all the haranguing about different Pride flags ["Castro Merchants proposes 2nd flagpole for newer rainbow flags," online and July 1 issue]. As for a second flagpole in the Castro, the beautiful one we have now is fine. Let's just fly all the flags on a weekly rotation and move on to more important things.

A great pink triangle display
Thank you to everyone who participated in the 26th annual pink triangle. The illuminated pink triangle shined as a beacon of hope, perseverance, and resilience during Pride Month. San Francisco remains the only city on the planet with a giant pink triangle hovering over its Pride celebration.

Volunteers: Thank you to the dozens who volunteered to install the pink outline, set up the ceremony staging, took down the pink outline, and those who protected the display as site ambassadors. Thank you to Jazzy, Jeremy, and Keto for the "ambassador chalet" and communal green area. Thank you to Robin Abad Ocubillo for the volunteer signup web portal. Thank you longtime volunteer Debra Walker for ongoing support, Garaje Gooch for the amazing photos, and Brandon Miller for the videos. Thank you to my husband, Hossein Carney, and my sister, Colleen Hodgkins; I couldn't still be producing this project for the 26th time without them.

Fiscal sponsors for lighting: thank you to the hundreds who contributed to the GoFundMe campaign.

Fiscal sponsors for the event: Thank you to San Francisco Pride, including Executive Director Fred Lopez and board President Carolyn Wysinger; the Bob Ross Foundation (via Thomas Horn for the T-shirts); Sisters of Perpetual Indulgence; Hodgkins Jewelers; and Brian Gerritsen. Thank you to the San Francisco Mayor's office. Thank you Martha Cohen for having SF City Hall lit in pink June 1 and 30. Thank you to Mandelman's office and San Francisco Department of Real Estate for their ongoing support, San Francisco Public Works for clearing the hillside of poison oak, Rec & Park rangers, and the officers of the San Francisco Police Department's Park Station for watching over the display. Thank you to Katie Hickox for establishing the pink triangle website (www.thepinktriangle.com) in 1999 and keeping it up, even after moving to England.

Thank you to the Dykes on Bikes and the Sisters of Perpetual Indulgence for taking part in the pink torch procession and all of the torchbearers.

The pink triangle of Twin Peaks is a highly visible yet mute reminder of inhumanity. It is a reminder and warning. It is a giant educational tool to teach people where hatred can lead and commemorates one of the darkest chapters in human history, the Holocaust.