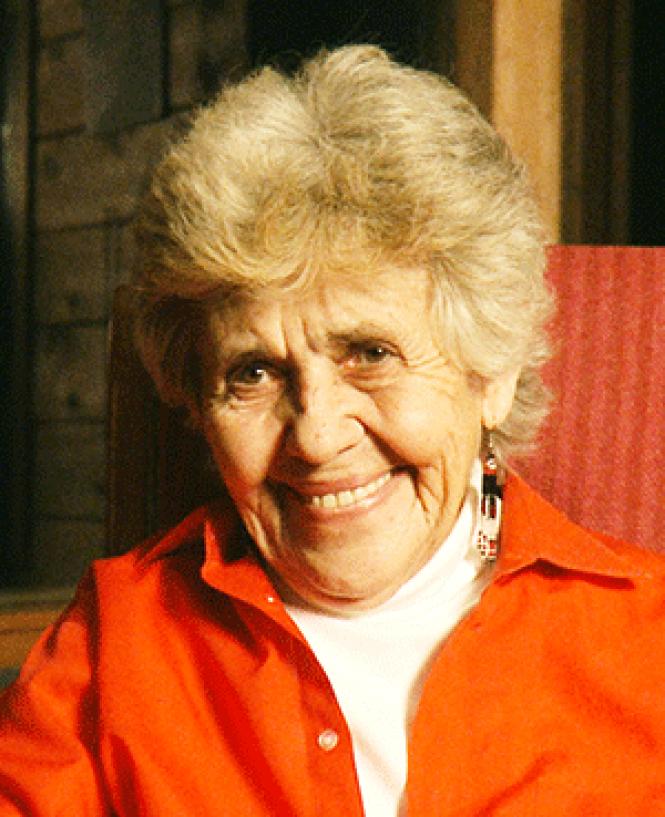 Retired college professor turned activist Sally Miller Gearhart will be recognized with San Francisco Pride's the Heritage of Pride, Pride Freedom Award for her outstanding contributions to advancing the civil rights and freedoms for LGBT people.

Now 85 years old, Gearhart was the first out lesbian to receive a tenure-track position at San Francisco State University in 1973. She established one of the first women's and gender studies programs in the country while at SF State, and was a leading LGBT activist throughout the 1970s and 1980s.

She was featured in the Oscar-winning documentary The Times of Harvey Milk (1984), having been a friend and colleague of Milk, the late San Francisco supervisor. Gearhart worked with Milk on the 1978 defeat of Proposition 6, a California ballot initiative that sought to exclude gay men and lesbians from teaching in public schools. Gearhart is also an acclaimed author of feminist science fiction.

"As an old timer who was present at our very first gay march I am especially astounded by how far we've come," Gearhart told the Bay Area Reporter in April, via email from her home in Mendocino County. "And by what we have gone through to get here."

Gearhart is unable to attend this year's parade.

"We were aware of Sally's situation, and the board wanted to recognize her for her tremendous work in the community," San Francisco LGBT Pride Celebration Committee parade manager Marsha Levine said a couple months ago. "This award is a great way to honor that."

In an email last week Gearhart said, "It was Del Martin and Phyllis Lyon who first catapulted me into the realm of political activism, for when I edited their book, Lesbian/Woman, I had to drop the robes of a 'sweet college professor' and enter a brand new world. It is with this acknowledgment that I gratefully and humbly accept this honor from what has become our powerful LGBT community."