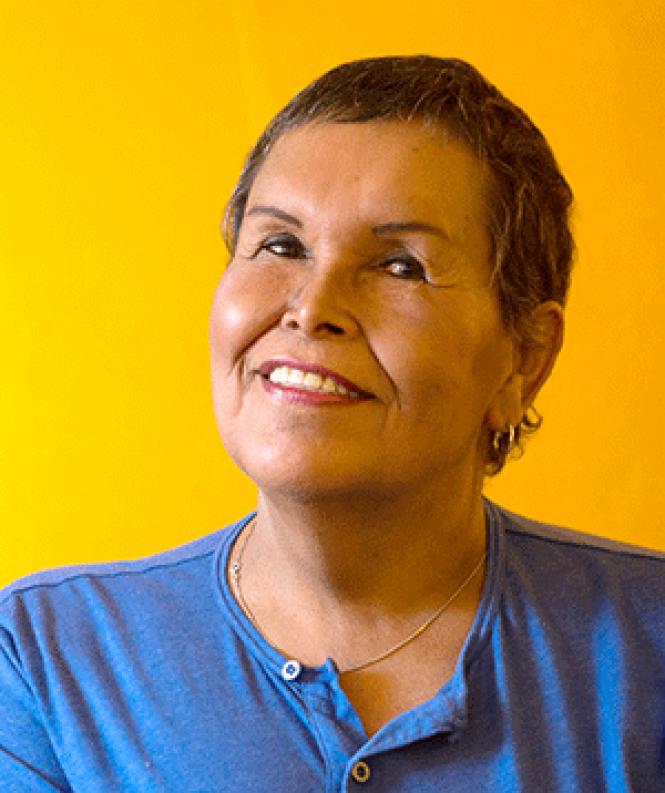 A well-known transgender activist who was at the Compton's Cafeteria riots in San Francisco in August 1966 will be riding in this weekend's Pride parade as the lifetime achievement grand marshal.

Felicia A. Elizondo, also known as Felicia Flames, received the honor from the San Francisco LGBT Pride Celebration Committee's board of directors.

Elizondo, 69, is a longtime AIDS survivor and a transgender woman who was one of the participants at the Compton's Cafeteria riots. Born in San Angelo, Texas, she first visited San Francisco in the mid-1960s but she decided to come back to San Francisco to live in the early 1990s.

Knowing she was different didn't comfort her when she was young.

"I was in the 12th grade and I left because I was being bullied," Elizondo said in a recent interview. It's a story that is familiar to many LGBT people around the world and in the U.S. alike.

Elizondo has a long resume of things she did and jobs she excelled at.

"I have been a clerk, a nurse's aid, a receptionist, a long distance operator," she said while catching her breath. She also worked as a customer service representative for Goodwill, and had stints at Los Gatos Community Hospital, Santa Clara Medical Center, and Catholic Charities.

She also is a Vietnam veteran, having served in the Navy.

"If the Navy won't make me straight nothing will, honey," she said, laughing while she sat on what she calls her "Czarine chair." Behind her chair hangs the transgender flag.

Elizondo was one of the few transgender people who witnessed the Compton's Cafeteria riots and is still around to tell the story. The protest was an important historical moment when the LGBT community came together to defy discrimination that took place in San Francisco in 1966, three years before the more famous Stonewall riot in New York City. The exact date of the riots is unknown.

Compton's Cafeteria was part of a chain of cafeterias owned by Gene Compton, located at 101 Taylor and Turk Street from the 1940s to 1970s.

Even though Compton's was open 24 hours, it decided to start closing at midnight to stop transgender people from socializing there. Elizondo noted that this policy change led to a demonstration, and the San Francisco police were called because some of the transgender demonstrators allegedly were making disturbing and loud noise.

After the police arrived they started arresting transgender people. But one of the transgender women threw her coffee in the face of one of the police. That is when the situation escalated and the violence spilled out into the street. Windows were smashed, chairs and dishes were flying, and many people were arrested that night.

Many of the people involved in the riot were members of Vanguard, the first known gay youth organization in the United States, according to the Wikipedia entry on the protests.

"What makes this incident unusual is that the news at the time never reported on the riot," said Elizondo. "Compton's Cafeteria was fixed up and back to normal business the next day as if nothing had happened."

The next night more transgender people and other members of the LGBT community came together to picket Compton's Cafeteria, demanding that transgender people be allowed back into the establishment. The newly replaced windows were smashed again, and the protests went on.

"I continue to hold the torch for all who fought in the 1966 Gene Compton's Cafeteria riots, making sure they are not forgotten," said Elizondo, who is featured in Screaming Queens, a documentary on the riots.

She also said that she is excited to be this year's Pride lifetime achievement grand marshal.

Elizondo has been active with Openhouse, the LGBT senior agency, and is a participant in its Friendly Visitor program, as noted in a B.A.R. article earlier this year.

She has also made, by her calculation, 80 panels for the AIDS Memorial Quilt, and has helped raise funds for various LGBT-centered nonprofits, including Project Open Hand, Shanti Project, and the San Francisco LGBT Community Center.