Leatherman is a community leader 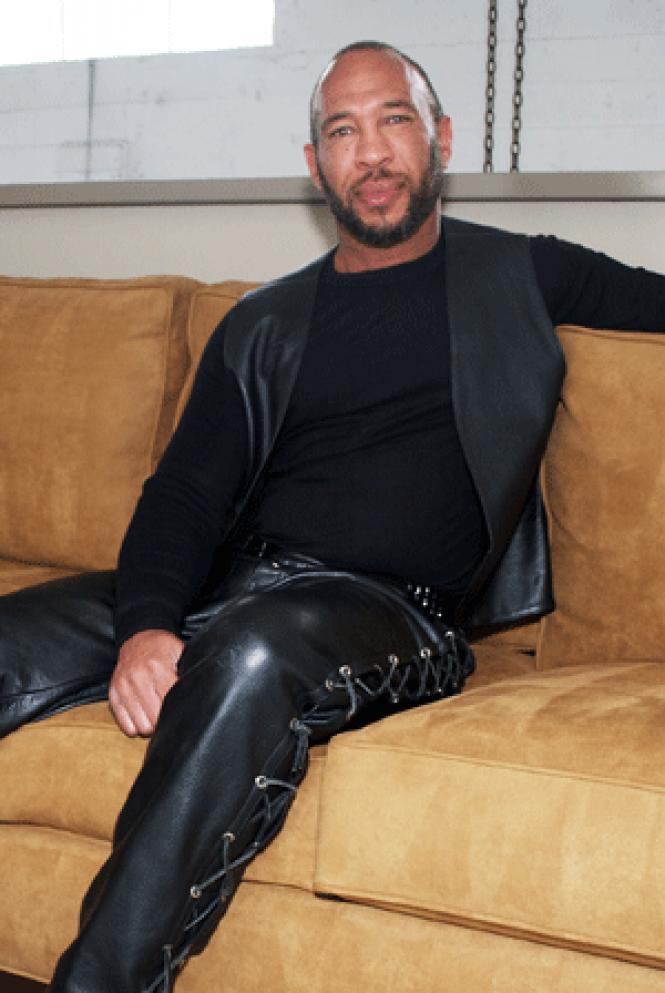 For Graylin Thornton, it started with a message on Facebook.

"I received a Facebook message from [Pride main stage producer] Audrey Joseph, who's a friend of mine, saying we need to get a hold of you – you've been nominated for grand marshal," he said, still somewhat in shock over his place of honor in this year's San Francisco LGBT Pride Parade.

Thornton, 50, who is openly gay, earned his place in the parade with decades of service within the leather community.

"I put on, with some other people, the first Leather Pride Fest in San Jose," he recalled. "I was probably about 26 at the time, and I just kept going. Once you do that sort of thing, you don't ever stop. Shortly after that, I won the title International Mr. Drummer here in San Francisco."

The Drummer contest, now known as International Leather Sir/boy, spanned a diverse range of fetish communities and included rubber, leather, and cowboys. Prior to Thornton's 1993 win, the title had never before gone to an African American.

It was at that year's contest that Thornton met Race Bannon, a writer and activist who served as one of the judges.

"He has the nicest personality," said Bannon, who now serves on the board of directors of the Community-Academic Consortium for Research on Alternative Sexualities. "Whether he's in a professional capacity on stage, or just with a group of people, there's something about the pleasantness of his personality that just comes through no matter what he's doing."

Thornton was born in Birmingham, Alabama and moved to the Bay Area when he was 5. He later moved to San Diego for several years, returning to San Francisco in 2008.

He has volunteered for Lazy Bear Weekend, and, when he lived in southern California, served as chair of the San Diego Leather Pride Committee from 2001-2008.

"I love volunteering and I love being involved," he said. "I like being part of something bigger. ... If you're going to be involved, you have to do your part."

That's a message that he hopes to spread as a grand marshal.

"We don't do these things for ourselves as leaders, we do them for the community itself," he said. "And I think that the younger people who are coming up ... need to understand that you don't just go to a beer bust and do one event. You keep going because you'll always be a part of that community."

But due to the toll of HIV/AIDS on the leather community over the years, Thornton said, many younger members aren't able to look up to as many role models as previous generations have.

"When I was 25 and 30, I had people there steering me the whole way," he said. "Unfortunately, they don't really have that. So those of us who are 50, 55, have to mentor our younger people."

Mentorship was a key component of Thornton's entrance to the community, and it still plays an important role.

"Being a grand marshal is most important to me because of the people who are no longer here, who I feel raised me," he said. "It's part of their vision for me – not to be a grand marshal, but to grow and keep going. ... People like Alan Selby and Mister Marcus, who I think groomed me ... We're all going to be together in that car."

For his part, Bannon looks forward to seeing Thornton in the parade, representing past and future generations within the leather community.