Doc believes 2nd woman may be naturally cured of HIV 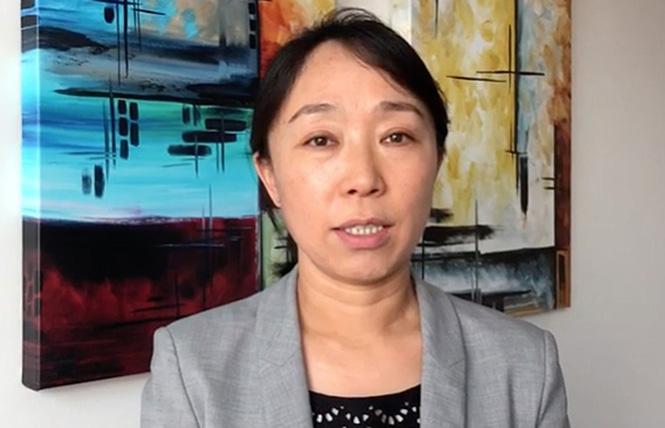 A woman in Argentina appears to be the second person to naturally eliminate HIV without a stem cell transplant, according to a recent medical journal report. Last year, the same research team announced that Sacramento resident Loreen Willenberg was the first person known to naturally clear the virus.

After extensive testing, Dr. Xu Yu of Massachusetts General Hospital and the Ragon Institute, and colleagues think the anonymous woman, dubbed the Esperanza patient after her city in Argentina, may have achieved a so-called sterilizing cure, meaning no residual intact HIV.

"These findings, especially with the identification of a second case, indicate there may be an actionable path to a sterilizing cure for people who are not able to do this on their own," Yu said in a university press release.

Elite controllers
While antiretroviral therapy (ART) can keep HIV replication suppressed as long as treatment continues, the virus inserts its genetic blueprints, known as a provirus, into the chromosomes of immune cells and establishes a latent reservoir. These proviruses lie dormant in resting CD4 T-cells during treatment, but they can start churning out new virus when antiretrovirals are stopped.

Only two people are widely regarded as cured of HIV: the late former San Francisco resident Timothy Ray Brown (the Berlin patient) and Adam Castillejo (the London patient). Both received stem cell transplants from donors with an uncommon genetic mutation that blocks HIV from entering cells. But this procedure is too dangerous for people who don't need it to treat life-threatening cancer. (Brown died in September 2020 after his leukemia relapsed.)

Over the years, researchers have identified a small number of people, known as elite controllers, who seem to have unusually potent immune responses and manage to control HIV without ART. Such individuals typically have very low or undetectable viral load according to standard tests, but researchers can usually find residual virus using more sensitive methods.

But Willenberg and the Esperanza patient are special cases. Willenberg was diagnosed with HIV in 1992 and has maintained control of the virus for decades without treatment. As described in a report published last year, Yu's team was unable to find any intact HIV proviruses in more than 1.5 billion of her blood and gut cells, indicating that her immune system may have cleared the viral reservoir.

"I believe Loreen might indeed meet anyone's definition of a cure," study co-author Dr. Steven Deeks of UCSF said at the time.

Now, Yu and colleagues appear to have found a second exceptional controller. The 30-year-old woman was first diagnosed with HIV in March 2013. Over eight years of follow-up, standard tests repeatedly showed an undetectable viral load. She only used antiretrovirals for six months during her first pregnancy. After the baby was born, free of HIV, she stopped treatment.

The researchers sequenced 1.19 billion peripheral blood cells and 503 million cells from placental tissue, but they were unable to locate any intact HIV. Although they did find seven defective proviruses, a test known as an outgrowth assay failed to retrieve any virus capable of replication from 150 million resting CD4 cells.

"These observations raise the possibility that a sterilizing cure may be an extremely rare but possible outcome of HIV-1 infection," the researchers concluded. But they also sounded a note of caution. "Absence of evidence for intact HIV-1 proviruses in large numbers of cells is not evidence of absence of HIV-1 infection," they wrote. "A sterilizing cure of HIV-1 can never be empirically proved."

Clues to a cure
Although individuals like the Sacramento and Esperanza patients are rare, they offer clues that may help researchers find a cure for other people living with HIV.

Study results suggest that a specific type of killer T-cell response common to both women may have cleared the virus, and it's possible other people have also achieved a sterilizing cure, according to Yu. If researchers can better understand these exceptional responses, they might be able to develop therapies that mimic them in more typical people with progressive HIV.

"We are now looking toward the possibility of inducing this kind of immunity in persons on ART through vaccination, with the goal of educating their immune systems to be able to control the virus without ART," Yu said.

London case appears to be second HIV cure
Sign up!