Guest Opinion: We wasted our boom 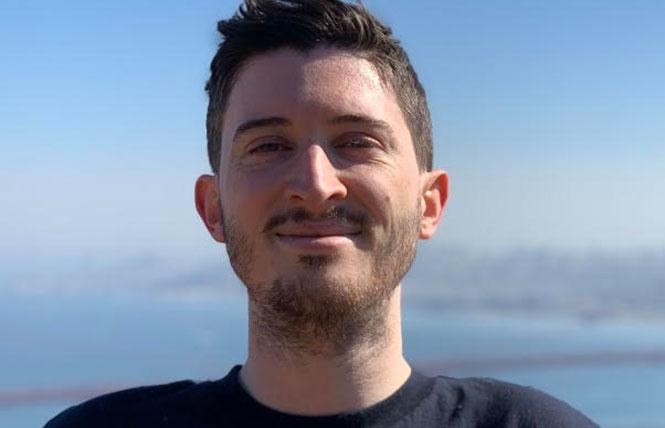 From 2010 to 2020, the world fêted San Francisco. New startups, new graduates, new immigrants — all wanted to share in its glittering promise. Second bedrooms, dining rooms, home offices, and garages filled up with roommates as we ticked toward 900,000 residents. The Bay Area had the power to harness this boom, to build a 21st century tax base at developers' expense, and to fund the services our citizenry demands. San Francisco could have printed money enough to swim in. Alas, we blocked development, starved ourselves of property taxes, and wasted our boom. No choices but ours will cause any bloodbath to come for public employees. We did this to ourselves, but we don't have to keep making this mistake.

A 19th century housing stock cannot support a 21st century city. Older properties, bought 40 years ago and paying taxes so meager as to be symbolic, mathematically cannot sustain government services. Proposition 13 and its anti-tax spawn block local taxes and have crippled the project of local governance itself. Prop 13 handcuffs property taxes most of all — handcuffs that tighten as the ownership lengthens, or passes to an heir.

A fraying patchwork of sales and parcel taxes can keep us temporarily afloat. But as we lurch from deficit to deficit, endure furlough after shutdown after service reduction, we realize the inadequacy of our current path. Governments escape the evil cunning of Howard Jarvis' undead hand by one route only: development. Only by building up a local property tax base can we enlarge our pie. Only new housing and offices can fund the schools, transit, and services we so desperately need.

What is the concern of the NIMBY? That no Victorian anywhere be spotted near a modernist mid-rise, no Edwardian suffer the indignity of multifamily infill, in short, no one build anything that they might ever see. NIMBYs care nothing for the insolvency caused by the lack of new, durable revenue streams, so long as the late Victorian fashion, one moment in the history of white homeowners' tastes from 1880 to around 1910, can salt the nearby earth for any development, of any kind. The full cost of NIMBYism may cross into billions of dollars in unrealized taxes — a cost borne by public employees and frontline workers. Because of NIMBYs, the San Francisco Municipal Transportation Agency can't pay the transit operators who've risked their lives preserving pandemic mobility. Operators, like doctors and nurses, deserve a massive bonus. Instead, our city's shameful discourse, starved of property taxes, has turned to layoffs.

Some ideologues assume arbitrary and capricious restrictions on development (like 1984's Prop M and March 2020's Prop E, limits on office development) somehow turn back the clock and Make San Francisco Great Again. No tech companies, no apartments on the Westside, no bike lanes for entitled cyclists. Alas, blocking development only digs our revenue hole deeper. This harm, cruelly, falls on public employees most — those least deserving and, priced out by NIMBYism, least able to vote the NIMBYs out.

You may dislike developers. You may find construction sites unpleasant. But like sharks or wolves or spiders, they are a keystone species of our ecosystem, and without them, the whole can't function. We must use them to our advantage: new housing and offices pay taxes, fund public employees, and underwrite affordable housing. Regulation can stop displacement, and must. Inclusionary zoning can capture value, and does. But infill development on under-utilized sites does not displace anyone, and folks shouldn't suggest otherwise.

But we also must act today. This recession should sharpen our minds. Land alone, and the property built atop it, cannot be incorporated in Delaware, moved to a Swiss bank, scuttled from public view. Property taxes alone secure governments against recession layoffs. We should build housing because we're in a housing shortage, yes, and because development gives voters the nearest likeness to free money, but most of all because fat property tax rolls shield recession-time budgets from union layoffs and shield working families from unconscionable harm.

We should have built wood-frame mid-rises throughout our city decades ago. Today's changes won't solve our current budget crisis. But today, we must correct course. Now, we must chart our eventual recovery. Without a matching tax base, we cannot realize San Franciscans' queer, progressive vision.